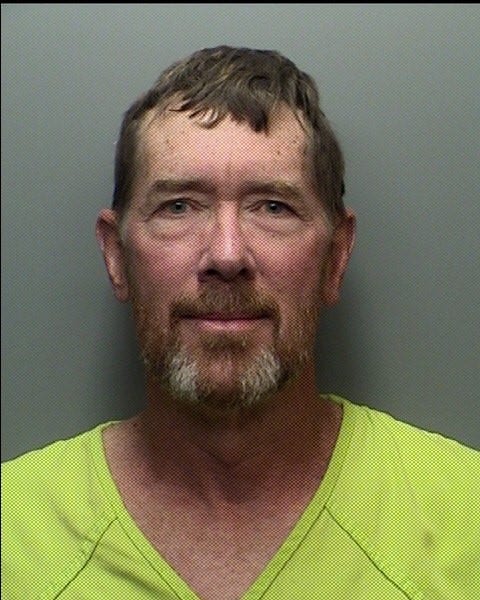 The Loveland man who police say held two door-to-door salesmen at gunpoint last month has been released from a behavioral health treatment facility into custody at the Larimer County jail.

Scott Gudmundsen, 65, was arrested June 11 after police say he held two roofing inspection salesmen at gunpoint and knelt on the neck of one of the men — who was later identified by Colorado State University athletics as a Black football player — because he thought they were members of antifa.

Gudmundsen appeared for a court hearing via video Thursday from the Larimer County jail. Gudmundsen had previously been in treatment at UCHealth Mountain Crest Behavioral Health Center in Fort Collins, where he’s been receiving mental health treatment since he posted his original $500 bond shortly after his arrest.

On July 16, 8th Judicial District Judge Michelle Brinegar raised Gudmundsen’s bond to $50,000, citing community safety concerns if he were to be released from the treatment facility.

During Thursday’s hearing, Gudmundsen’s attorney Ryan Markus asked the judge to reinstate his client’s $500 bond or lower it to $6,000. Markus said Gudmundsen is not a threat to public safety and benefited from the treatment and medication he received at Mountain Crest, but jail policy prohibited Gudmundsen’s medication from their facility.

Brinegar refused to lower Gudmundsen’s bond and recommended Markus work with jail staff to get Gudmundsen his medication, though Markus said he wasn’t sure what else he could do if jail policy prohibited them.

Attorneys did not specify what Gudmundsen’s medication is or why the jail prohibits it.

He is next scheduled to appear in court August 6.

All suspects are presumed innocent until proven guilty in court. Arrests and charges are merely accusations by law enforcement until, and unless, a suspect is convicted of a crime.