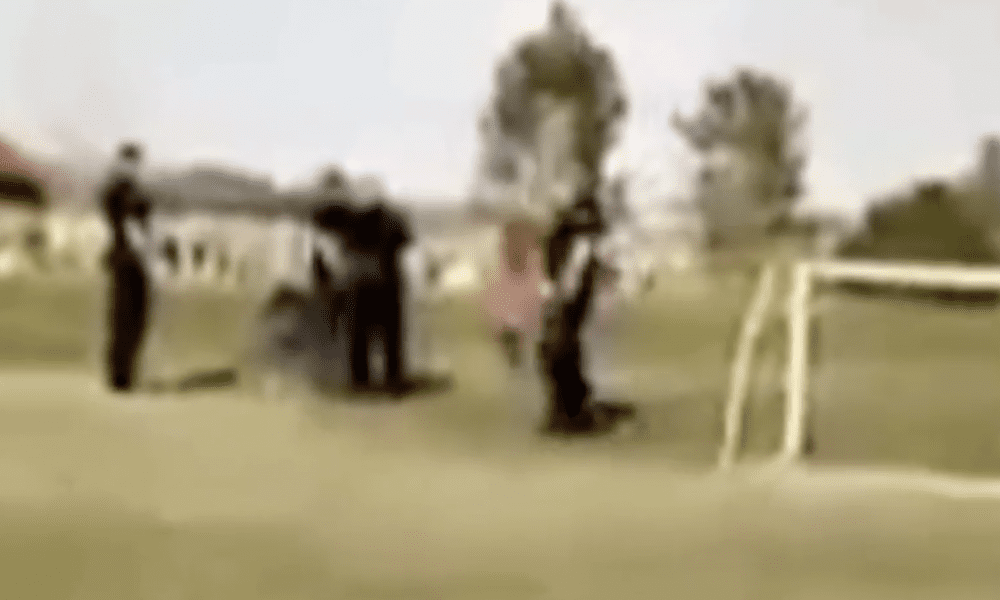 The criminals are being released from prison and being replaced with peaceful, law-abiding citizens who dare go outside.

A 33-year-old Colorado man was handcuffed in front of his wife and 6-year-old daughter for allegedly violating a social distancing order.

33-year-old Matt Mooney said his young daughter was terrified the police were going to arrest him after the cops swarmed his family.

The father reassured his daughter they were doing nothing wrong by playing tee-ball in the park, however the police cuffed him in front of the little girl.

Matt Mooney feels Brighton police owe him a huge apology. The 33-year-old says he was handcuffed at Donelson Park in front of his 6-year-old daughter Sunday afternoon after police told him he violated the state’s social distancing guidelines.

Mooney told the FOX31 Problem Solvers he refused to provide his identification to three police officers because he was confident he wasn’t doing anything unlawful by playing tee-ball with his wife and daughter at the park.

“She’s like, ‘Daddy, I don’t want you to get arrested.’ At this point I’m thinking, ‘There’s no way they’re going to arrest me, this is insane.’ I’m telling her, ‘Don’t worry, Daddy’s not going to get arrested. I’ve done nothing wrong. Don’t worry about it,’ and then they arrest me.”

“He’s being taken by the Brighton police for playing softball with his daughter in an empty park,” Wallin said.

In an interview with the Problem Solvers, Wallin said, “I find it hard to believe with all the things going on in our communities, the only way to resolve a situation like this was to handcuff a father in front of his daughter.”

The sign at the park said: “in groups of no more than 4 persons, parks remain open for walking, hiking, biking, running and similar activities.”

Mooney said he was at the park with his wife and 1 daughter (less than 4 people) and that it was the police who were violating the social distancing order.

“During the contact, none of the officers had masks on, none of them had gloves on, and they’re in my face handcuffing me, they’re touching me,” he said.

The father was released by the cops after spending about 10 minutes in the back of a patrol car.