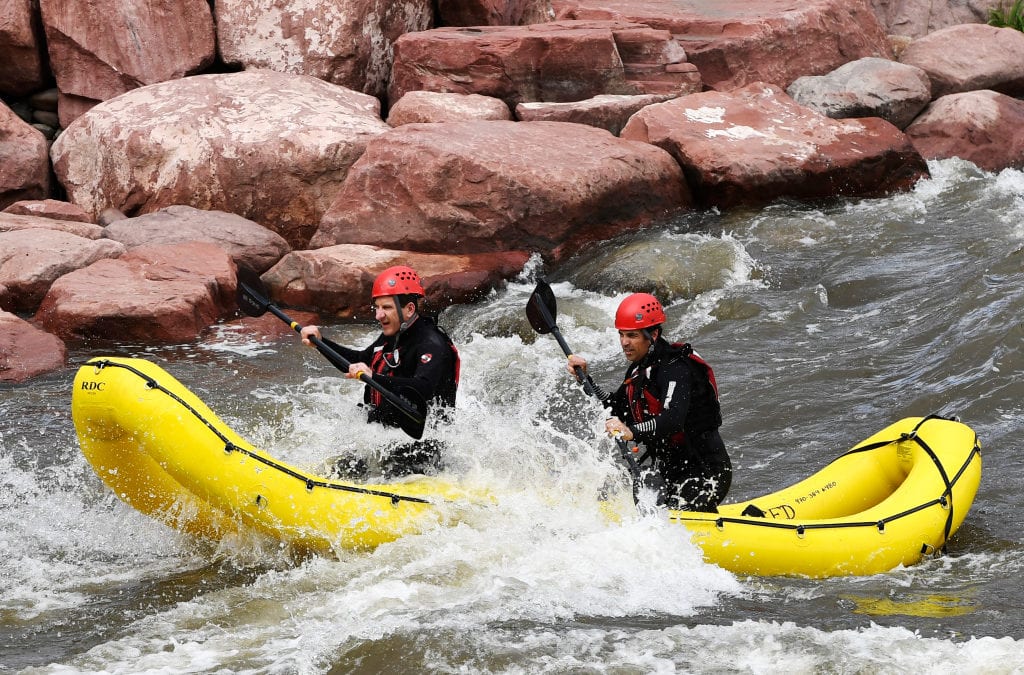 The vision of an empty fire station in Glenwood Springs keeps Fire Chief Gary Tillotson up nights. Should a fire break out or someone need medical aid, help would have to come from further away — meaning much longer response times when people can least afford them.

The vast majority of the fire department’s calls are for medical emergencies like heart attacks and strokes, Tillotson said — situations in which the chances of death escalate dramatically if responders don’t arrive within five to seven minutes.

But if the department’s $4 million annual budget dwindles any further, that vision of empty fire stations and delayed response times will become a reality.

The coronavirus pandemic has already meant a costly drop in sales tax revenue for the Glenwood Springs Fire Department, and the economic devastation the pandemic is wreaking — combined with a state law called the Gallagher Amendment — means local governments’ property tax revenues will suffer for years to come.

“It’s an insurmountable obstacle,” Tillotson said. “We work on a relatively meager operations budget anyway and with the current devastation to our sales tax, we’re already having to cut back and basically we’re furloughing our firefighters. Any further cuts are going to reduce service.”

Gallagher ties residential property taxes to commercial property taxes, so the pandemic’s extreme impact on Colorado businesses’ bottom lines will result in significant property-tax decreases across the board for years to come, experts expect.

Unless the amendment is removed from the state Constitution.

To head off the upcoming financial crisis, Sen. Jack Tate, R-Centennial, said he and a bipartisan group of lawmakers are proposing to repeal the 1982 Gallagher Amendment, which they say has become a twisted version of what was once a good idea.

The measure will be introduced Monday, said Sen. Chris Hansen, D-Denver. It will be followed by a second measure to freeze residential property tax rates for several years.

Lawmakers have wanted to do away with the amendment for decades, but the pandemic has created a new sense of urgency.

“Right now we’re in a moment because of a pandemic, where the economy is hurting and a lot of people are therefore hurting as well,” said Rep. Daneya Esgar, a Pueblo Democrat who’s chair of the Joint Budget Committee. “If we don’t fix the Gallagher Amendment that hurt can be felt even deeper.”

The amendment’s namesake, Dennis Gallagher, said he’s abstaining from an opinion until he sees the specific proposal. In theory, a repeal makes sense, he said.

“I understand it completely,” he said.

But something must be put in place to maintain the idea behind the amendment, Gallagher added.

What is the Gallagher Amendment?

In short, the Gallagher Amendment is meant to protect homeowners by keeping residential tax rates lower than commercial rates, Gallagher said. Property owners “back east” in New Jersey pay through the nose each month, he said in an interview, and he wanted to prevent that from happening in Colorado.

The amendment categorizes all properties as either residential or commercial and mandates that homeowners pay no more than 45% of the property tax total. Commercial properties are always billed 29% of their building’s value, and the residential rate floats to maintain the 55/45 split.

“It leveled property taxes for residential property owners and ratepayers in Colorado, and it’s been working,” Gallagher said.

And that income is falling drastically after two to three months of shutdowns and the overall economic slowdown brought on by the coronavirus pandemic, Tate said. As income drops, so do property values and commercial tax revenue.

To maintain the legally required 45/55 ratio, residential property tax rates will also have to drop.

Estimates from the state’s property tax administrator show that residential rates could drop from the current 7.15% to 5.88%, spelling a $491 million cut for school districts statewide and a $204 million cut for county governments, as Chalkbeat reported.

“The impact on schools is going to be brutal if we don’t repeal Gallagher,” Hansen said. “Massive.”

And that lost revenue will stay lost, Esgar said. While the Gallagher Amendment allows residential rates to float up and down as needed, a second amendment passed in 1992, the Taxpayer’s Bill of Rights, prevents the taxes from rising again, she said.

“If we get rid of Gallagher before the residential assessment rate drops, we can at least maintain where it is right now,” Esgar said. Otherwise, “we’ll never be able to get back to where we are now.”

Repealing the amendment would prevent residential property taxes from falling in conjunction with commercial rates, but it wouldn’t raise rates for homeowners, Esgar said.

If Gallagher isn’t repealed, fire departments across the state will lose a substantial amount of cash. Already the Glenwood Springs department’s 28 full-time employees face staggered furloughs, but another hit to the budget would mean fire stations would go unstaffed, Tillotson said. Emergency calls would be answered by other stations across town or from neighboring departments dealing with their own budget shortfalls.

The same goes for house fires, he said.

“The size of a fire escalates exponentially for every minute that we’re not there,” he said. “We work really, really hard to build fire stations and staff them within five miles of our major populations. So when one of those stations closes and now we’re eight or 10 miles to the nearest staffed fire station, that exponentially affects the response time.”

The amendment already has been particularly problematic for Western Slope communities, where property values haven’t risen as high or as fast as those on the Front Range.

But the pandemic has touched every corner of the state, and revenue drops would hit every agency that depends on property taxes — hospitals, libraries, ambulance services, cities and state government, in addition to schools and fire departments.

“This is community-level impact that we’re talking about,” Esgar said.

The legislature can address the problem putting a measure on the fall ballot asking voters to repeal the amendment, she said.  It will be difficult, she acknowledged. Both chambers of the legislature must approve the measure with a two-thirds majority. But she and Tate said they believe the support is there.

Then the measure would only need a simple majority from voters for passage, Hansen said.

The effort is sure to face opposition, although none has announced itself so far.

“We are studying it,” said Jon Caldera, president of the conservative Independence Institute and a frequent opponent of tax changes.

But if there’s strong bipartisan support in the legislature, Hansen said, that should help in November.

Tillotson said education will be key in the push to repeal the amendment, and representatives of libraries, fire departments, schools and other affected agencies will be happy to do the educating.

“Gallagher’s been on the books for a very long time, and as homeowners that’s a tough sell,” he said.

It’s a tradeoff, Tillotson said. Repeal would mean that property taxes remain where they are, but then so, too, would the firefighters in Glenwood Springs’ fire stations.