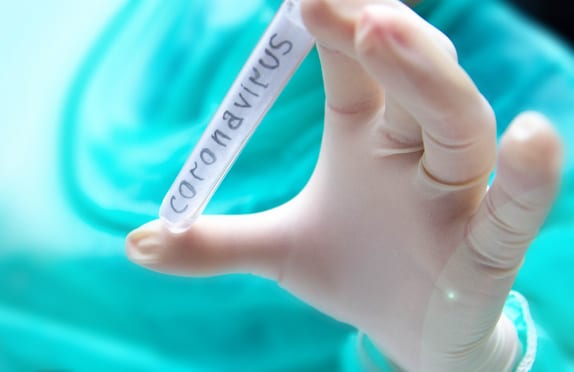 Polis’ updated order, issued April 9, specifically excludes stores that sell “only health and nutrition-related products (vitamins, minerals, supplements, herbs, sports nutrition, diet and energy products)”​ from the list of critical retail outlets that may remain open.  As of yesterday, a number of such stores, such as GNC stores, The Vitamin Shoppe outlets, locations of the local chain Supplement Giant and others had been forced to close.

But enforcement has been spotty.  Most of the stores that have had to close so far are in the Denver area; stores in other parts of the state have not yet ceased operations. A manager at one location who asked not to be named said that the stores in his chain were not closing voluntarily but were only shutting down when directed to do so by a state or local official.

This mirrors a trend noticed by Alan Lewis, director of special projects for dietary supplement and organic foods retailer Natural Grocers, which operates 157 stores mostly west of the Mississippi. Natural Grocers has not been impacted by closure orders in either Nevada or Colorado (it has stores in both states) because it is a food retailer as well as selling supplements.  But Lewis said the company has an interest in preventing encroachment on the supplement retailing industry.

Lewis said after numerous phone calls he determined that some vitamin retailers in Nevada has been forced to close, but the process was being carried out by local authorities. Some of these, such as in the city of Henderson, have been more active in enforcing the Nevada retail closure order, Lewis said. In other areas, stores have continued to operate.

Daniel Fabricant, PhD, president and CEO of the Natural Products Association, said Polis’s updated order, as well as the actions in Nevada, go against recommendations from the Homeland Security Administration as well as running counter to federal law.

“We have spoken with the governor’s staff.  We think it’s a problem when governors and mayors go against federal law. Supplements are regulated as a caregory of food,”​ Fabricant told NutraIngredients-USA.

Fabricant said during the current health crisis, when consumers are looking at anything and everything that might support their health, it makes no sense to restrict access to dietary supplements.  The supplement-only outlets could play a key role in helping consumers find the products they’re looking for in this time when many retailers have run out of certain items..

“Does it make sense that you can easily buy guns and alcohol, but the state is making it more difficult to get supplements?  Just try finding zinc, for vitamin D or vitamin C in a regular grocery store or in a pharmacy,” ​Fabricant said.

The Colorado issue may solve itself in time.  Polis announced yesterday that the state will transition to a ‘safer at home’ stance​​ when the current order expires on Sunday, April 27.  Under the new order some retail outlets that are now closed will be allowed to reopen with strict physcial distancing procedures in place and an emphasis on curbside pickup and/or home delivery.

The new policy will remain in place for at least several months, the governor said.  Colorado’s projections show that if social distancing measures are not maintained at a 65% or greater level of what’s currently being done, the state will exhaust its ICU bed capacity sometime in September or early October.

It’s unclear if the dietary supplement retail operations will be among those slated to reopen.  Polis’s office did not respond to a request for comment in time for publication.

Loren Israelsen, president of the United Natural Products Alliance, noted that Polis was one of the co chairs of the Dietary Supplement Caucus when he represented Colorado in the US Congress.  As such, Israelsen said he was hopeful that the retail outlet issue in the state will be a short-lived affair.

“​We feel that Gov. Polis has a very clear understanding of the the critical role of natural product stores to the residents of Colorado,”​ Israelsen said.

To help urge matters along, NPA has opened a grass roots portal ​​that interested parties can use to contact the governor’s office on the issue.  Fabricant said it would be especially important for Polis to hear from members of industry from within Colorado itself.

“I think the direct approach always works better when they hear directly from constituents,” ​Fabricant said.