Colorado high school football back on for 2020 fall season 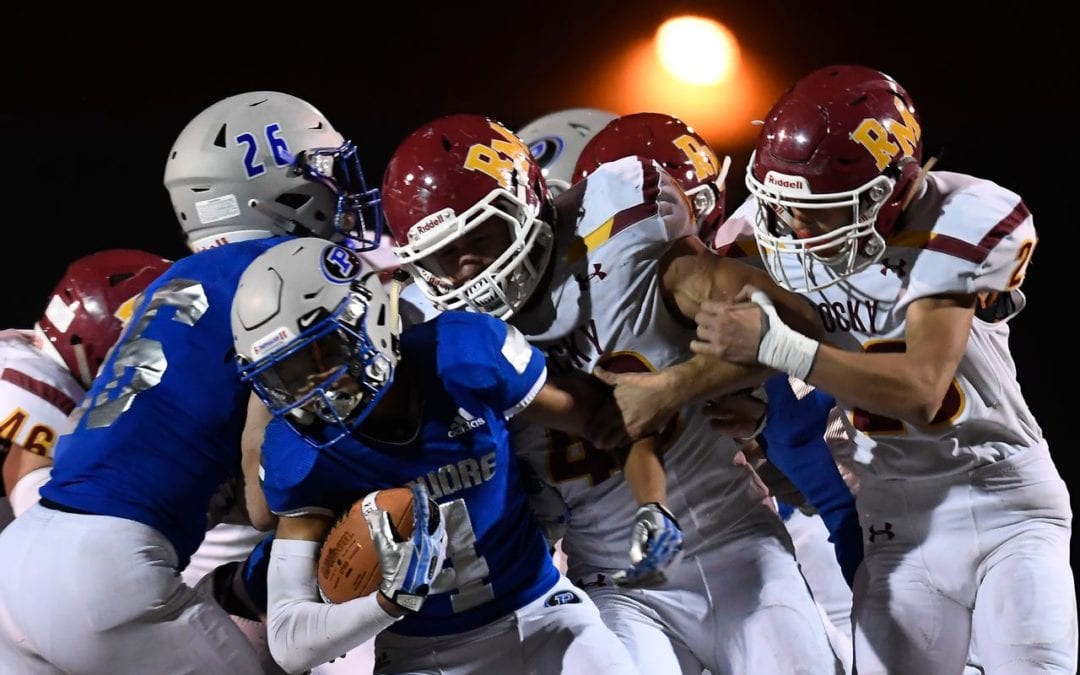 A link has been posted to your Facebook feed.

Gov. Jared Polis has approved a request to allow high school football to be played this fall in Colorado. Schools will now choose to play in the fall or spring.

A news release from the governor’s office Wednesday afternoon said Polis has conditionally approved a formal request from the Colorado High School Activities Association to allow certain sports to move back to the fall.

Those sports are football, field hockey, cheer and dance. Schools will still have the option to offer these sports in the spring. They were moved to spring in August due to concerns over the coronavirus pandemic.

Polis denied a request for indoor sports to be moved back to the fall. Volleyball, gymnastics and unified bowling are the CHSAA-sanctioned fall sports that compete indoors.

Boys soccer, which typically competes in the fall, was not mentioned in the state’s response to the variance request.

The CHSAA Board of Directors met Wednesday night and passed a vote to allow schools to choose to compete in football, field hockey and sideline spirit in the ‘A’ (fall) or ‘C’ (spring) season, per Ryan Casey of CHSAANow.com. A vote last week opted against changing the restructured calendar.

Poudre School District is tentatively planning to partake in fall high school football season. Biggest hurdle is if large percentage (or rest) of a conference with FoCo team in it opts out. Lots of moving parts but PSD is on the likely side of playing right now. #copreps

“If the CHSAA board decides to add these sports to their fall calendars, it will be up to local school districts, administrators and parents to choose what is right for their communities,” Polis said in a news release. “The state has approved these requests in order to empower all schools to make the choice that is right for them and their student athletes.”

The variance includes these limits on participation:

To play, the state requires:

As a sports reporter, I cover everything from any and all sports at Colorado State University to the high school sports scene in Fort Collins and beyond.

CHSAA announced in August that it would postpone football, field hockey, gymnastics, boys soccer, volleyball and unified bowling. Those typical fall sports were moved to spring.

Then came the whirlwind of last week, where discussion bounced from “it’s on” to “it’s off” several times over the week, often in a matter of hours.

This story will be updated as more information becomes available.

Follow Kevin Lytle at twitter.com/Kevin_Lytle and at facebook.com/KevinSLytle. Coloradoan Sports can also be followed on Twitter. If you don’t already, please support local journalism at Coloradoan.com/subscribe.