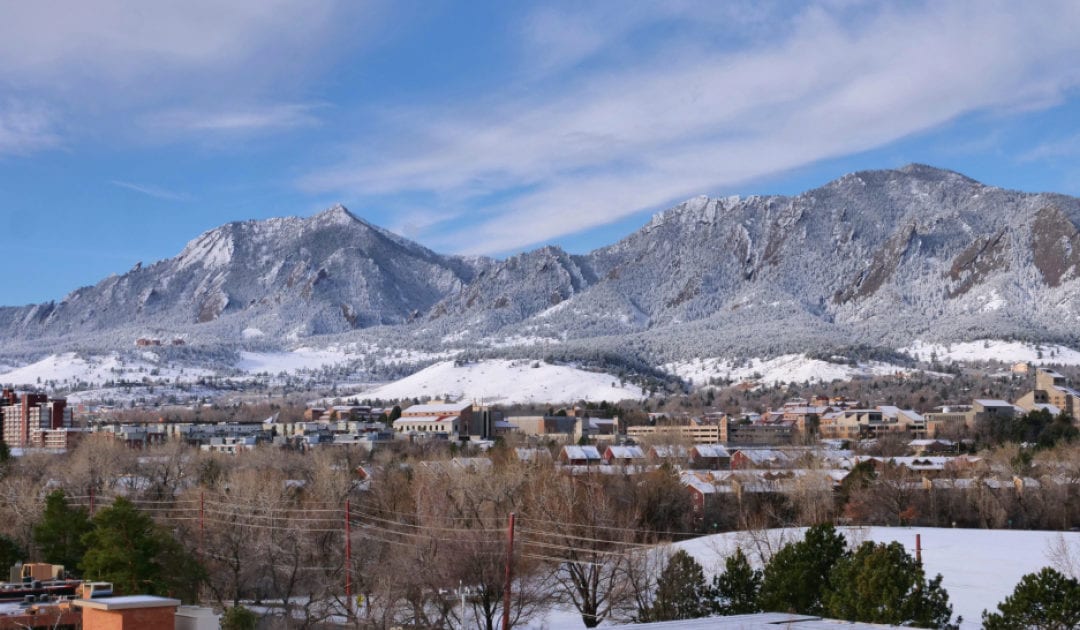 Gov. Jared Polis and Colorado’s top epidemiologist on Tuesday sounded the alarm over an increase in coronavirus cases among the state’s college-age population, which they fear could spill over into more vulnerable groups.

Dr. Rachel Herlihy, the state epidemiologist, said there have been “very substantial increases” in cases among people 18 to 22 years old. She said that, paired with a steady decrease in social distancing observed by health officials, is worrisome.

“We could be entering into a growth phase of cases,” she said.

Highlighting the seriousness of the situation, Boulder County Public Health on Tuesday night “strongly” recommended that all University of Colorado Boulder students self-quarantine immediately for 14 days to slow the spread of the virus.

Overall, the state has seen a slight increase in total cases over the past two weeks. Hospitalizations have stayed flat, which Herlihy says could be because most of the new cases are among younger people who are less likely to become seriously ill from the disease.

Polis called the trend “concerning,” though said it is not surprising given gatherings over the Labor Day weekend and the return of students to the state’s colleges and universities.

Instead, Polis said, it’s a time for action and caution.

College towns across the U.S. have felt the impact of rising cases among students. Herlihy said the areas of largest concern in Colorado are Boulder and the Denver area.

In Boulder County, 663 residents have tested positive for coronavirus in the past two weeks, 502 of which — or 76% — were associated with CU students.

CU Boulder on Monday night sent an urgent message to students, staff and faculty about the need to stop the spike in COVID-19 cases linked to the state’s largest campus.

“We need to stop the spread of the virus immediately,” Chancellor Phil DiStefano and Dan Jones, CU Boulder’s associate vice chancellor for integrity, safety and compliance, wrote in a letter to the university community.

There have been 385 coronavirus cases linked to CU Boulder since Aug. 24, the first day of classes. The university reported 77 new cases on Monday, the second-highest daily total after 89 cases were reported Friday. In the email sent Monday night, DiStefano and Jones said 29% of cases are among on-campus residents and 71% are among people living off campus.

“Information from our contact tracing program shows that the most common factors in our positive cases are participation in large gatherings, particularly among a few sororities, fraternities and other multistudent residences on University Hill, along with a failure to wear face coverings and practice physical distancing,” DiStefano and Jones wrote in their letter. “To date, county health officials have quarantined residents at four sorority houses.”

MORE: A huge number of Coloradans already say they won’t get a coronavirus vaccine. Will politics make it worse?

Herlihy said there have been a number of coronavirus outbreaks identified at college-linked settings, and there are more expected.

Colorado College abandoned its plans for in-person learning this semester after quarantining all three of its major dorms because of cases among students.

Polis said it will be up to CU Boulder to decide how to handle the rising number of cases on its campus. He said the university began the semester with contingency plans in case the virus began spreading too quickly.

The self-quarantine recommendation from Boulder County Public Health would mean CU Boulder students would stay isolated until Wednesday, Sept. 30. That’s with the exception of going to class, getting food and seeking medical care.

“This recommendation is not an emergency order,” Jeffrey Zayach, who leads the health department, wrote in a letter to the community, “however, more stringent and mandatory restrictions will be imposed if students do not comply and break the transmission cycle.”

On the upside, Colorado health officials haven’t seen a significant increase in cases tied to the reopening of K-12 schools in Colorado. There have been a number of site-specific outbreaks, but they have been mostly contained.

“It’s been a smaller number than we’ve seen in the university settings,” Herlihy said. “Some of that makes sense when you think of some of the risk factors that exist and the behaviors of 18 to 22 year olds.”

Nearly 2,000 people in Colorado who have caught coronavirus have died. About 60,000 Coloradans have been infected with the disease.

As of midday Tuesday, 138 people with COVID-19 were hospitalized in Colorado.