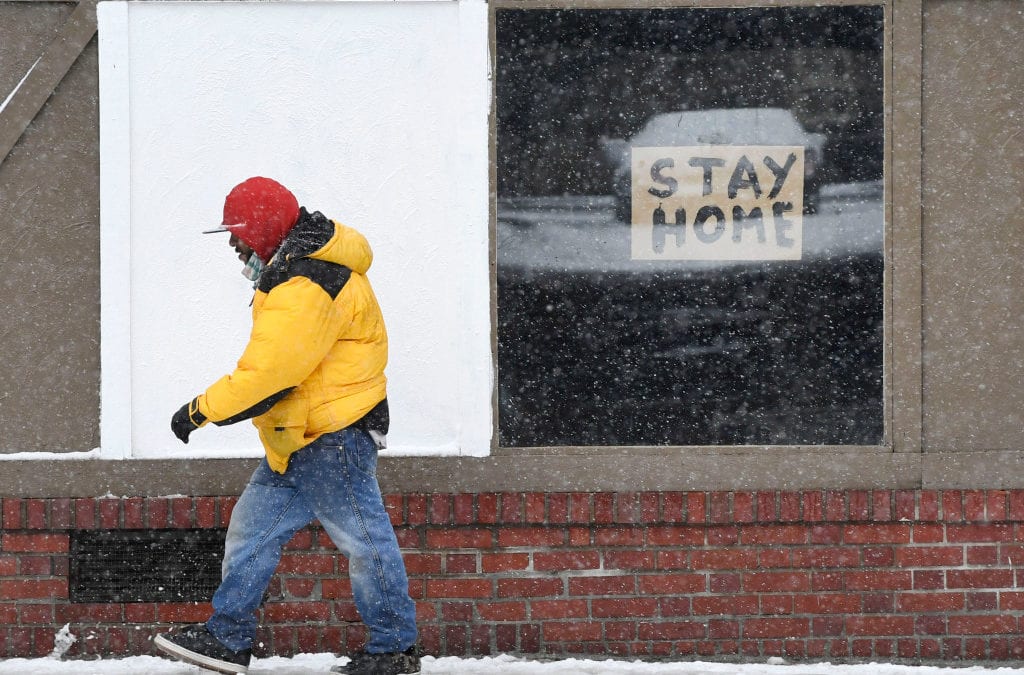 Colorado public health officials on Thursday urged anyone who thinks they might have the new coronavirus to isolate themselves at home, but stopped short of saying whether they plan to follow in San Miguel County’s footsteps with a more expansive order that all residents shelter in place.

In Denver, Mayor Michael Hancock said that while he has the authority to issue such a directive, he and other city leaders in Colorado who have discussed the matter would prefer to see a shelter-in-place order come from the state.

Some Denver-area hospitals already are preparing for the possibility of a shutdown, which would make their doctors and nurses among the few allowed to travel freely.

A statewide or more localized shelter-in-place order, like what’s happened in California, could close nonessential businesses and direct Coloradans to stay home. San Miguel County officials issued such a directive on Wednesday, which also ordered visitors to the area, which includes Telluride, to return home immediately.

“I think we ought to prepare for the whole gamut of what could possibly happen,” Hancock said during a news conference when asked if Denverites should prepare for a shelter-in-place order.

The Colorado Department of Public Health and Environment has not said if it will issue a statewide shelter-in-place order. Such a heightened step would be an extension of the closures state officials already have ordered for schools and large gathering places, such as bars and restaurants, in an effort to slow the spread of the disease.

“As we begin to see evidence of greater community spread, it will be an indicator we need to take more aggressive actions to stop and control spread of this illness,” said Scott Bookman, who is overseeing the department’s response to the new coronavirus.

On Thursday, Gov. Jared Polis suspended elective surgeries and extended restaurant and bar closures to April 30. He also amended the order to include the closure of hair and nail salons, spas, tattoo and massage parlors.

Streets are mostly empty in Downtown Denver near 18th and California on March 18, 2020, as many people are stay home due to the coronavirus outbreak.

Community spread occurs when a person tests positive for the coronavirus but health officials can’t find a source for their exposure, such as travel or contact with an infected person.

The Department of Public Health and Environment is urging anyone with potential COVID-19 symptoms to self-isolate at home and stay away from others until seven days have passed since they first became sick and they have been without a fever for 72 hours, according to a news release.

Close contacts of people with symptoms should self-quarantine, meaning they should stay away from others for 14 days to see if they become ill, according to the agency.

The new coronavirus mainly spreads when an infected person coughs or sneezes, and those who are within six feet of an infected person are most at risk. Symptoms include a cough, fever, body aches, fatigue and shortness of breath, according to the U.S. Centers for Disease Control.

Symptoms of COVID-19, the disease caused by the new coronavirus, can be mild and feel like a cold in the first few days, according to the state health department.

“Right now not everyone who has been exposed to or becomes ill with COVID-19 will be able to or need to have a test to confirm whether or not they have the illness,” said Dr. Rachel Herlihy, state epidemiologist, in a statement. “But isolation and quarantine, even without test results, is what people must do to slow the spread of this illness in our state.”

To protect against the new coronavirus, it’s recommended that people wash their hands often with soap for at least 20 seconds. Individuals should also avoid touching their face and use a tissue or elbow to cover their coughs and sneezes, according to the CDC.

In California, at least seven counties in the Bay Area are under shelter-in-place orders until at least April 7, closing gyms, nightclubs and bars. Hospitals, grocery stores, banks and pharmacies are still open, the San Francisco Chronicle reports. And people are allowed to go outside for fresh air, but must stay at least six feet away from other people.

Paul Kaiser, co-owner of the Gaslamp Bar, secures a wooden cleat to then attach a sheet of plywood into place to cover and protect the business front, which will be closed for eight-weeks due to the coronavirus outbreak, on March 18, 2020.

Several of Colorado’s health systems already are preparing for the possibility that their nurses and doctors on the frontlines of the coronavirus pandemic will be among the few allowed to travel freely if such an order is issued.

For example, HCA Healthcare, the parent company of HealthOne, has sent employees documents that will serve as proof that they are essential hospital or health care workers if they are stopped by authorities during a shelter-in-place, according to a letter reviewed by The Denver Post.

HealthOne is “just being proactive in an effort to ensure we are prepared for any scenarios that may take place in the coming days, weeks and months,” said spokeswoman Stephanie Sullivan.

At Centura Health only essential personnel, such as nurses and doctors, will be exempt if there is a statewide order, said spokeswoman Wendy Forbes in an email.

“We have already encouraged our non-essential personnel to work remotely if their work allows it,” she said. “It is not mandated, but encouraged.”