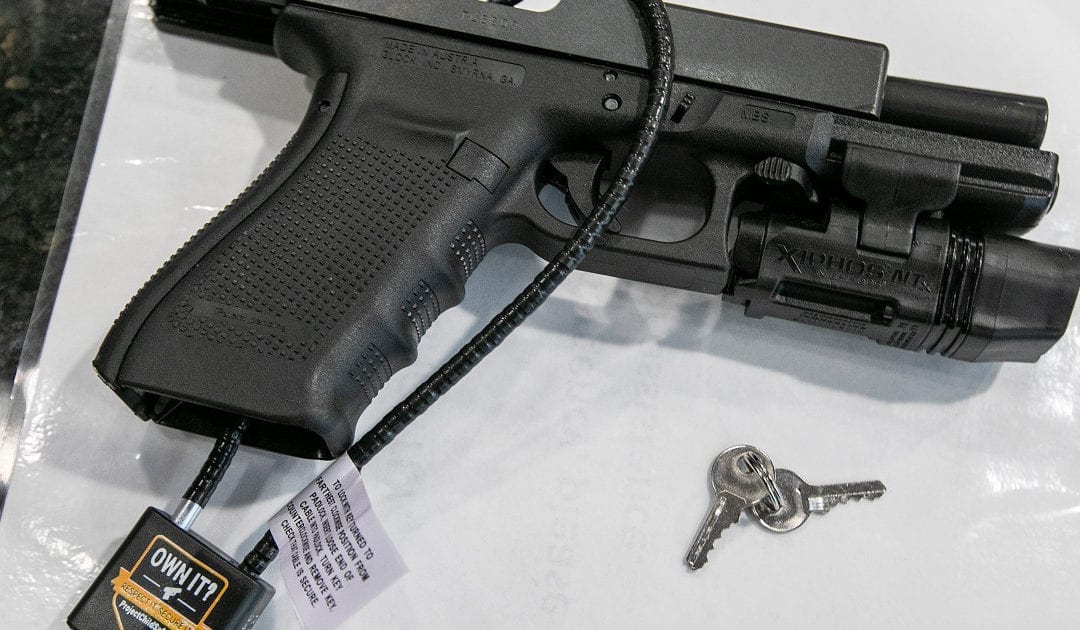 Colorado gun owners who don’t lock up or properly secure their weapons in homes where there are children or adults prohibited from accessing guns would be subject to jail time under legislation introduced Friday afternoon at the state Capitol.

House Bill 1355 — a so-called safe storage measure — would also require gun shops to distribute trigger or cable locks with every sale or transfer of a firearm. The legislation was reviewed by The Colorado Sun ahead of its introduction.

“The goal for us is to create as safe of an environment as we can in the house if there is a firearm present,” state Rep. Kyle Mullica, a Northglenn Democrat who is leading the push for the measure, said in an interview. “The goal is not to necessarily punish people. The goal is to create that safe environment and to prevent accidents from happening.”

The bill would bring Colorado in line with other states that have safe storage laws on the books, including Connecticut, California and New York. Even Texas has statutes aimed at keeping firearms out of the hands of children.

Mullica said he doesn’t think his legislation will stop mass shootings. “I don’t think this is that magic wand, unfortunately.”

But he does believe the bill could prevent teen suicides and accidental shootings involving toddlers. Studies have shown that suicide attempts using guns are often the most successful, so limiting access to at-risk young people could hinder their attempts to kill themselves.

The Colorado bill is expected to be the most significant piece of gun control legislation debated in the legislature this year. A companion measure, House Bill 1356, would impose penalties for gun owners who fail to notify law enforcement within 48 hours if a weapon is lost or stolen.

The National Rifle Association opposes both bills, saying they would be a burden on gun owners.

“On safe storage, you’re basically criminalizing a law-abiding gun owner’s right to self protection,” said Greg Brophy, a gun rights activist and former Colorado state senator who has lobbied on behalf of the gun industry. “On the mandatory reporting bill, I think this is probably the only instance I can think of where a victim of a crime becomes a criminal if they don’t go and do something after the fact. And that’s just wrong.”

Mullica, a father and gun owner himself, argues any added legal burdens in his bill are a small price to pay for community safety. The legislation requires gun owners to use a safe, trigger lock or cable lock to secure their weapons.

“If somebody feels like that’s burdensome to go back and forth to their safe every night if they want to protect their family, me, personally, I’ll take that burden to make sure that my children are safe,” he said. “I think the safety of our children is worth that little burden that you may have.”

Mullica’s bill would require Colorado gun stores to post a notice about the state’s new safe-storage laws and also mandate that public health officials create a campaign to educate firearm owners on how to keep their weapons out of the wrong hands.

If a gun owner has a firearm on their person or within arms reach, then they don’t have to lock them up, the bill says. The measure also clarifies that if a child accesses an unsecured firearm for reasons of self defense or to keep predators away from livestock — i.e. coyotes trying to eat chickens — then a crime hasn’t been committed.

Finally, gun owners who keep an unsecured weapon in a home where a parent or guardian has given their child permission to have access to a firearm would not be subject to sanction under the legislation.

Anyone in violation of the proposed safe storage law could be charged with a Class 2 misdemeanor, which carried up to 364 days in jail and a fine.

The stolen or lost firearm reporting legislation carries a petty offense punishable by a $25 fine. Second and subsequent offenses would be  a Class 3 misdemeanor, which carries a sentence of up to six months in jail.

“This is an awareness bill. It’s about educating gun owners to know where their guns are so we can keep the firearms out of the hands of kinds,” said Rep. Sonya Jaquez Lewis, a Boulder County Democrat who is championing the stolen and lost guns legislation.

A handful of other states also mandate that gun owners report lost or stolen guns, but many give them more time to do so.

Rep. Tom Sullivan, a Centennial Democrat and gun control activist whose son, Alex, was killed in the 2012 Aurora theater shooting also is working on Lewis’ legislation.

There are no Republicans prime sponsors of the bills, which are expected to receive strong pushback at the Capitol from conservatives and gun rights groups.