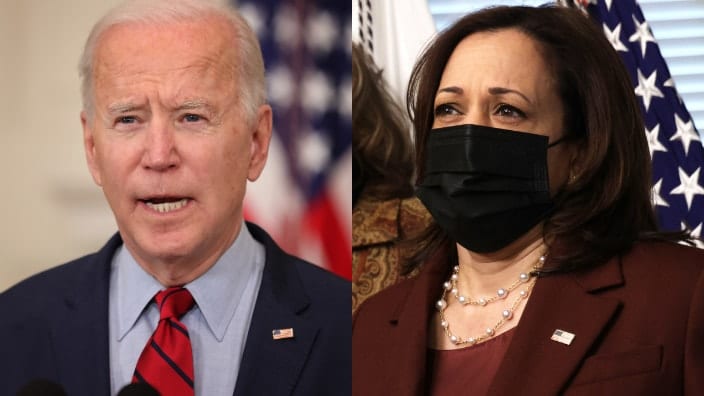 President Joe Biden said with urgency “we have to act” on gun control in his first public comments from the White House Dining Room on the horrific grocery store shooting Monday in Boulder, Colorado.

He also strongly demanded the U.S. Senate act on two most recent House bills on closing gun loopholes. In his statement, President Biden also called for a ban on assault weapons and high-capacity magazines.

The president also offered to those who are mourning the loss of their loved ones from yesterdays shooting is “my heart goes out.”

Vice President Kamala Harris on Tuesday called the deadly grocery store shooting “absolutely baffling.” The attack left 10 people dead, including a police officer who was responding to the scene, and victims range in age from their 20’s to their 60’s.

“It’s 10 people going about their day living their lives, not bothering anybody. A police officer who is performing his duties, and with great courage and heroism,” said Vice President Harris.

In Washington, gun control is on the schedule. The Senate Judiciary Committee is holding a hearing on gun violence and the House passed legislation expanding background checks on March 11.

The nation is knocking on 10 years since the push for gun control took full force. The biggest hurdle for getting “common-sense gun reform” has been The National Rifle Association (NRA). The expectation is that nothing new will happen after this latest deadly shooting. A common sentiment is that no new gun control will materialize from the latest tragedy since nothing happened after 20 young school children and six adults were shot and killed at Sandy Hook Elementary in December of 2012.

John Hudak, senior fellow at the Brookings Institute said there needs to be a “holistic approach” with all ideas combined into one comprehensive policy to address these repeated deadly phenomena.

Former Indianapolis Police Chief Rick Hite asked, “What is going to disturb us to the point of action?”

Hudack added, “as a society, we need to take a deep breath and think about all of the causes that go into not just an individual event but the repeated events that we are seeing.”

As the issues of gun control policy are discussed, the pain of the aftermath of the most recent mass shooting is being felt in Colorado and beyond.

In a lengthy statement released on Tuesday, former President Barack Obama called on the country to “make it harder for those with hate in their hearts to by weapons of war” and called gun control reform “long past time.”

A once-in-a-century pandemic cannot be the only thing that slows mass shootings in this country. It’s time for leaders everywhere to listen to the American people when they say enough is enough. pic.twitter.com/7MEJ87Is3E

Hite recalled losing three police officers under his watch while he was police chief in Indianapolis, saying he remembers to this day each one of their names and faces.

Chief Maris Herold said they will bring justice to all of the families of those lost.

The suspect has been charged with 10 counts of murder in the first degree.

Have you subscribed to d “Dear Culture”? Download our newest episodes now!