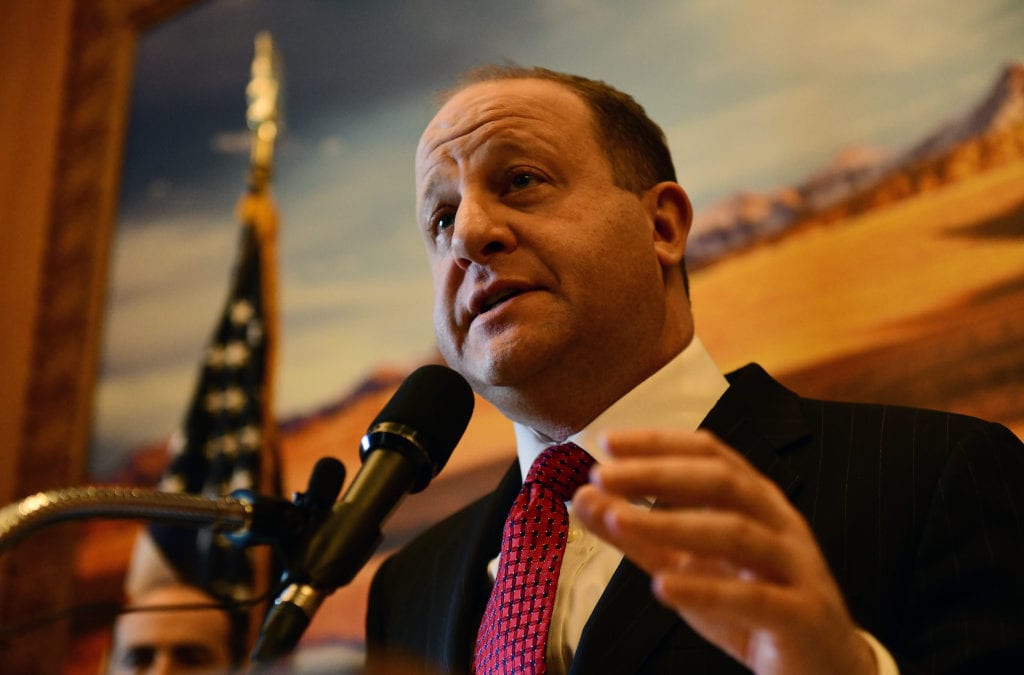 Policy leaders and politicians are largely giving Gov. Jared Polis high marks for his response to COVID-19 as the virus-borne disease continues its relentless march across Colorado, prompting long-term closures of businesses and cancellations of events that could have devastating impacts on workers’ livelihoods and abilities to support their families for months to come.

Trying to halt the spread of the highly contagious coronavirus while minimizing damage to workers — especially low-wage employees without the option to work from home — has placed Polis in an untenable position, said Rob Witwer, a Republican former state lawmaker.

“This public health emergency is a problem from hell,” said Witwer, who has taken to Twitter to lavish praise on the Democratic governor for making difficult decisions such as ordering ski resorts to close for a week to help slow the virus’ progress.

“I did not vote for @GovofCO last time, but I will most certainly do so next time,” he said in a tweet over the weekend. “His leadership right now is exemplary. These aren’t easy calls.”

Even his nemesis in the 2018 gubernatorial contest, Republican Walker Stapleton, got behind the governor Monday.

“Let’s support ⁦@jaredpolis⁩ and our Fed Gov in the coming days as they make decisions that will keep Coloradans safe and our hospitals functioning,” Stapleton wrote on Twitter.

This is a great info source. Let’s support ⁦@jaredpolis⁩ and our Fed Gov in the coming days as they make decisions that will keep Coloradans safe and our hospitals functioning. Stay healthy CO!#cocovid #copolitics https://t.co/h3xx5lCVw2

Singer said Polis, by relying on counsel from state and federal health professionals, is making the right decisions even as he has to navigate Colorado’s unique political culture that puts a premium on local decision-making over central control.

“I do think he has been working very diligently and responsibly to set the right tone for our local governments to step up,” Singer said. “He’s doing a good job of threading the needle.”

In addition to ordering ski resorts to close, Polis has put restrictions on nursing homes and ended on-site dining at all restaurants. And the state opened one of the first drive-up testing centers in the nation last week.

Joe Hanel, a spokesman for the Colorado Health Institute, said he has been “impressed” with the Polis administration’s approach to the crisis, starting with the governor’s declaration of emergency on March 10.

Jim Pfaff, chief of staff for the state House Republican caucus, has opposing social distancing measures and called the closures of bars and restaurants “socialist” on Facebook, but his criticisms weren’t directed specifically at Polis.

“I think Jared is doing what he thinks the public will accept,” said Chris Nicholson, a Democratic strategist with Venture Politics and a member of the state’s Democratic central committee. “But in two weeks, will we have said that it was enough?”

Nicholson said a more instructive comparison for Colorado is not other states’ actions but what other countries — like China and Italy — are doing by imposing some of the most draconian measures ever seen to contain the virus.

“This is a moment where we have to make incredibly tough choices,” Nicholson said. “Winning in this moment means saving as many lives as we can. That means overreacting as much as we can.”