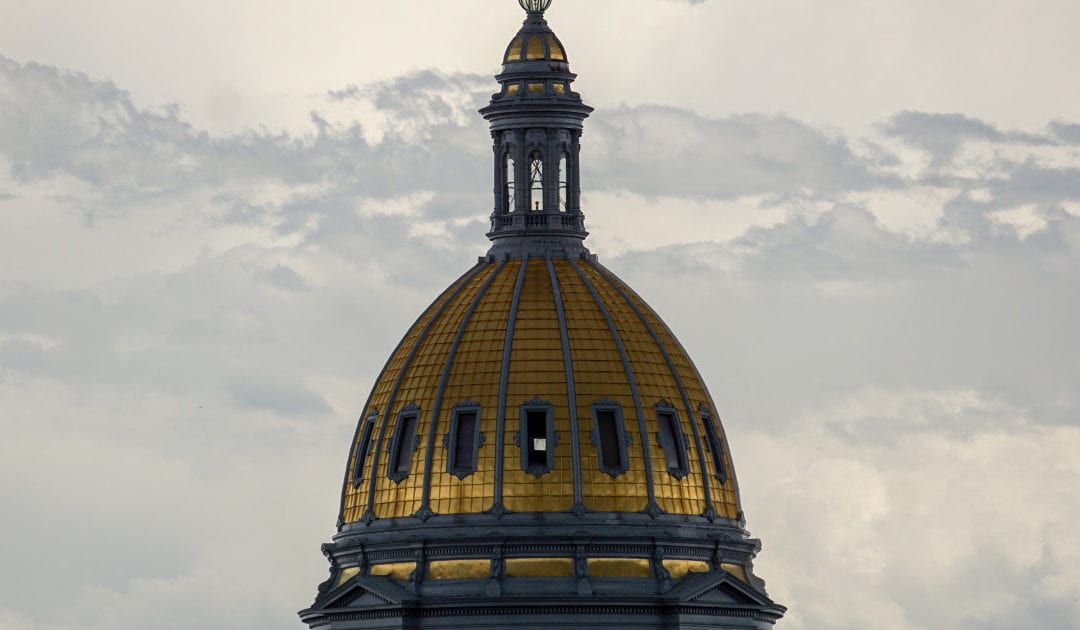 The economic crunch from the coronavirus means Colorado will need to immediately cut as much as $3.1 billion in state spending, an unprecedented 25% budget reduction that will force lawmakers to repeal entire initiatives and make deep reductions in education and health care.

The budget hit for the fiscal year that begins July 1 is just the beginning. A forecast from legislative economists presented to lawmakers Tuesday expects the coronavirus to make a $6.8 billion dent in state tax revenue over the next three years when compared with projections from December.

The financial landscape is worse than lawmakers expected. Now Demoratic leaders are considering major cuts to local school districts and reductions in the government workforce unless the state receives more federal aid or raises revenue with tax and fee increases.

“I don’t see how we can make the level of reductions needed and still have a functioning state government,” said state Sen. Dominick Moreno, a top budget writer and Democrat from Commerce City.

MORE: Colorado lawmakers are looking at how to close a $3 billion budget shortfall. Here’s the roadmap.

The estimated 7.2% decline in the general fund — which is the state’s discretionary spending — for next budget year is a reversal after more than a decade of growth and represents the first decline since the start of the Great Recession.

“What has transpired over the last two months has been, in many ways, unimaginable,” Kate Watkins, the chief legislative economist, said in a presentation to state lawmakers.

The Polis administration presented a similar economic outlook that included a slightly more optimistic $6.6 billion impact in the next three years and a 7.4% decrease in tax revenue. In the near term, the revenue is projected to fall $3.4 billion short from what Gov. Jared Polis proposed in his budget plan and a $2.7 billion cut from the current year’s spending level.

The first challenge for lawmakers: Find ways to fill a budget deficit

The immediate focus of lawmakers is how to balance the state’s $30 billion budget. The $3.3 billion estimated shortfall includes an $896 million deficit in the current year. Polis took action April 30 to cut spending $229 million, but it still leaves a $667 million hole to fill. The remainder of the shortfall is expected in the 2020-2021 fiscal year

The gap between available dollars and current spending levels is actually much more significant, analysts warned, because the calculated shortfall does not take into account increased demand for government services or cost inflation.

Lawmakers have so far approved about $700 million in cuts, according to a tally from the governor’s office, but deferred action on another $800 million that represented the more painful cuts to safety net programs and education.

“This forecast confirms what we have anticipated for some time: there will certainly be painful decisions ahead,” state Sen. Rachel Zenzinger, a Democratic budget writer from Arvada, said in a statement. “We must figure out how to do more with much less. Nevertheless, we remain steadfast in our convictions to ensure anticipated cuts do not fall disproportionately on our students, schools, or health and safety programs.”

The deficit estimates don’t include federal aid from the legislation known as the CARES Act. Colorado expects to get about $2 billion in federal dollars across all departments, according to the governor’s office.

But at the same time, lawmakers learned Tuesday the federal actions to stimulate the economy will cost Colorado money. The tax breaks in the legislation are expected to reduce state revenue $256 million in the current and next fiscal year. The governor’s office estimated the reduction at $426 million over three years.

The new economic picture will force Polis to abandon many of his big-dollar promises from the 2018 campaign, but in a statement reacting to the budget deficit he projected calm.

“Just as families across Colorado are tightening their belts because of this pandemic, so is our state,” a statement issued by his office said. “This pandemic is affecting the global economy, and Colorado is not immune to this economic crisis. This is a challenging budgetary environment and everyone is working hard to ensure Colorado remains on the right path. We are all in this together and we will get through it together.”

The budget impacts are driven by unanswered questions about the economy

What complicates the budget situation is the unknowns that add risks into the economic forecasts.

The underlying premise of the forecasts from legislative economists and the Polis administration is slow recovery that looks like a square root symbol or swoosh check mark. This scenario anticipates a gradual reopening of businesses and no more widespread COVID-19 outbreaks, as well as an effective treatment being developed in the next 12 to 18 months.

In Colorado, the plummeting tax revenue is largely driven by a decrease in income tax collections as the pandemic spikes unemployment. residents have filed unemployment claims since March, a figure that represents more than 16% of the state’s employment base.

MORE: Colorado is the only state without a rainy day fund. Now the coronavirus means it will pay the price.

A decline in sales tax resulting from suppressed retail and tourism economies is another factor, and likewise a significant drop in oil prices holds longer term ramifications on multiple levels.

The impact of the lockdown orders on the state’s budget quickly became a political touchpoint during the presentation for lawmakers at the Capitol. Republicans used the moment to suggest the state needs to lift health-based restrictions and restart the economy, while Democrats countered that the financial hit will only become worse if the state sees a resurgence of the coronavirus.

“Those decisions are not being made on an economic basis. They are being made by the executive department, often referred to as a single individual, the governor,” said state Sen. Bob Rankin, a Republican budget writer. “The legislature is not involved. We are frustrated. How can we be assured that we really are making the right decisions for recovery when in fact these are government decisions, not financial market decisions?”