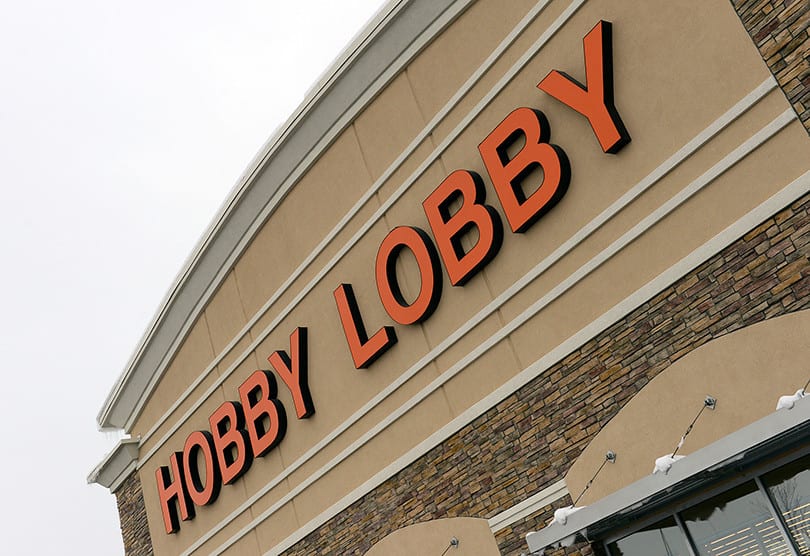 Hobby Lobby stores in Denver shut down this week after being cited by city inspectors for violating a statewide stay-at-home order and the Colorado attorney general’s office has directed the chain to shut down statewide.

On Wednesday the attorney general’s office issued a directive to David Green, founder and chief executive officer of Hobby Lobby, ordering the company to close all of its stores in Colorado to comply with the March 25 order of Gov. Jared Polis and to comply with updated public health orders.

“You are directed to immediately close all Hobby Lobby locations within the State of Colorado,” the directive, signed by W. Eric Kuhn, senior assistant attorney general, said. “Immediate compliance is compulsory, and any future or continuing non-compliance will be subject to the full force and effect of injunctive relief.”

A video game store and a carwash joined a Denver Hobby Lobby in closing this week after being cited by city inspectors. A fourth business, an appliance store, remains open after receiving three violations.

Businesses that receive a “general violation” are given a court date, when their penalty will be determined, said Erika Martinez, media relations representative with Denver’s joint information center.

Violations are punishable up to $999 per citation or jail time and can be issued for a variety of reasons, including nonessential businesses conducting operations, essential businesses and their customers violating social distancing or sanitation protocols, and citizens using prohibited areas such as parks.

Businesses are expected to close upon citation, Martinez said.

The Appliance Factory Mattress Kingdom store remains open, despite calls from officials for it to close, said sales director Matt Coudayre. Denver authorities issued the shop three violations for being open when not considered an essential business. The Lincoln Park location is the only one out of 18 stores statewide that has been cited, Coudayre said — and he said he disagrees with Denver’s reasoning.

“There’s obviously some confusion because if you look at the city’s order, basically we provide essential products and services for maintaining sanitation and essential operation of residences,” Coudayre said. “That wording is taken right out of city’s ordinance. Clearly we fall right within there.”

Denver inspectors also cited Wingstop, 5125 Chambers Road, although it was unclear why. As a restaurant, it can remain open for takeout business only.

In addition to the Denver outlet, Hobby Lobby stores in Colorado Springs have closed, KRDO reported. But others remained open Wednesday in defiance of the governor’s statewide order, including stores in Wheat Ridge and Westminster. Lone Tree police asked Hobby Lobby to comply voluntarily with the order and expected the store in that city to be closed by Wednesday afternoon, communications manager Denisse Coffman said.

Calls to Hobby Lobby stores in Lakewood and Englewood, which were open earlier this week, went unanswered Wednesday morning, suggesting a patchwork of closures throughout the Denver area. Hobby Lobby representatives have yet to respond to inquiries from The Denver Post.

Craft stores are not considered critical; nor are they exempt from closing per the statewide order, said Conor Cahill, press secretary to Gov. Jared Polis. However, other chains in the metro area, including Joann Fabric and Michaels, had been offering online ordering and curbside pickup but not letting the public inside the stores.

Concerned citizens have been flooding local agencies and the attorney general’s office with complaints about businesses they believe to be noncompliant with the stay-at-home order. Enforcement varies by jurisdiction, but generally authorities will ask for voluntary compliance before escalating to civil penalties, Attorney General Phil Weiser said. Criminal penalties are reserved for “the most extreme cases,” he said.

Many agencies are still figuring out how best to address these reports. The Tri-County Health Department, which covers Adams, Arapahoe and Douglas counties, has received 140 complaints about businesses and restaurants but had not issued any formal violations as of Wednesday.

“We, like other public health departments, are developing enforcement procedures to use in the rare cases that they might be needed to be sure that non-compliance by a few doesn’t undermine the sacrifices that most of the community is making,” said Executive Director John Douglas in a statement. “Our goal in responding to complaints is to educate the community and business owners on the various orders and what it means to them.”

Businesses aren’t the only ones receiving warnings about the stay-at-home order and social distancing guidelines.

Denver’s city and county enforcement team has contacted 2,577 businesses and citizens about noncompliance, issuing 543 warnings and giving out the aforementioned citations, according to the joint information center.

On Tuesday, the Jefferson County Sheriff’s Office said it would be increasing enforcement after locals crowded hiking trails and open spaces, including North Table Mountain.