Colorado COVID-19 cases may be leveling off. Will trend survive Thanksgiving? 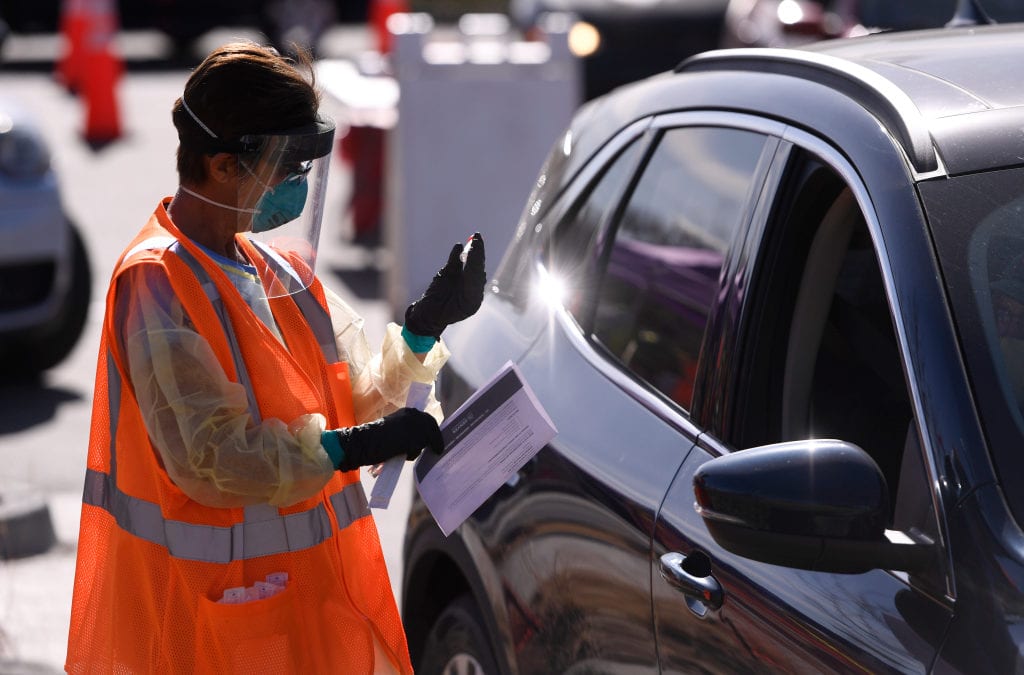 Colorado saw its first glimmer of light last week after nearly two months of dark COVID-19 news, but what happens next depends on what we all do now.

The Colorado Department of Public Health and Environment reported 32,791 new cases of COVID-19 last week, which was about 200 more than the week before. It was the smallest week-over-week increase since the start of October — akin to a wildfire that is still growing, but no longer consuming thousands of additional acres each day.

Hospitalizations continued to increase, though at a slower pace than in recent weeks. As of Monday, 1,597 people were hospitalized with confirmed cases of COVID-19, and 114 were being treated for COVID-like symptoms and awaiting test results.

Statewide, 80% of beds in intensive-care units were in use, as were 81% of beds for general hospital care. That was a slight improvement over the same time last week.

The trajectory of deaths wasn’t as clear because of delayed reporting. The death toll had risen for five weeks as of Nov. 15, hitting levels not seen since early May.

Whether the progress continues or reverses will depend on what people do over the next few days, said Dr. Jon Samet, dean of the Colorado School of Public Health. New restrictions on counties that are up to Level Red on the state’s COVID dial should begin reducing transmission by early next week, but any effects from public policy could be drowned out if people gather for Thanksgiving and spread the virus there, he said.

“We think what’s really critical is what we’ll see in a week,” he said. “We don’t know what people are going to do on Thanksgiving.”

The Denver area moved into Level Red, which closes indoor dining and forbids gatherings between households, on Friday. El Paso County joined the list on Monday, bringing the total to 22 counties in red.

The Colorado School of Public Health reported Friday that one in every 49 Coloradans could be contagious. That means the odds that someone in any given group could spread the virus are higher than they’ve been since the pandemic began.

Hospitalizations are rising more slowly than they have in recent weeks, so the report estimated Colorado wouldn’t reach capacity in intensive-care units until mid-January, if current trends continue.

Denver-area hospitals have reported that while they still have beds, they’re struggling with staffing and can’t care for many more patients. The state has set up a staffing center where hospitals, nursing homes and other health care providers can request help, but it’s not clear how many potential workers are available.

On Monday, Gov. Jared Polis issued an executive order clarifying that hospitals that are at capacity and transfer patients won’t run afoul of federal regulations meant to prevent them from “dumping” patients who aren’t healthy enough for discharge. It also specified patients transferred to a hospital outside their insurance network shouldn’t receive surprise medical bills.

Promising results from multiple vaccines show that restrictions won’t last forever, Samet said, but continuing to follow them now will reduce the amount of pain the virus will cause until then. Colorado is participating in an exercise to test if states are ready to distribute the vaccine, but few details are available about it.

“We all have to hang in a little longer,” he said. “I hope everyone’s at a large gathering next Thanksgiving.”

Jessica Seaman contributed to this report.