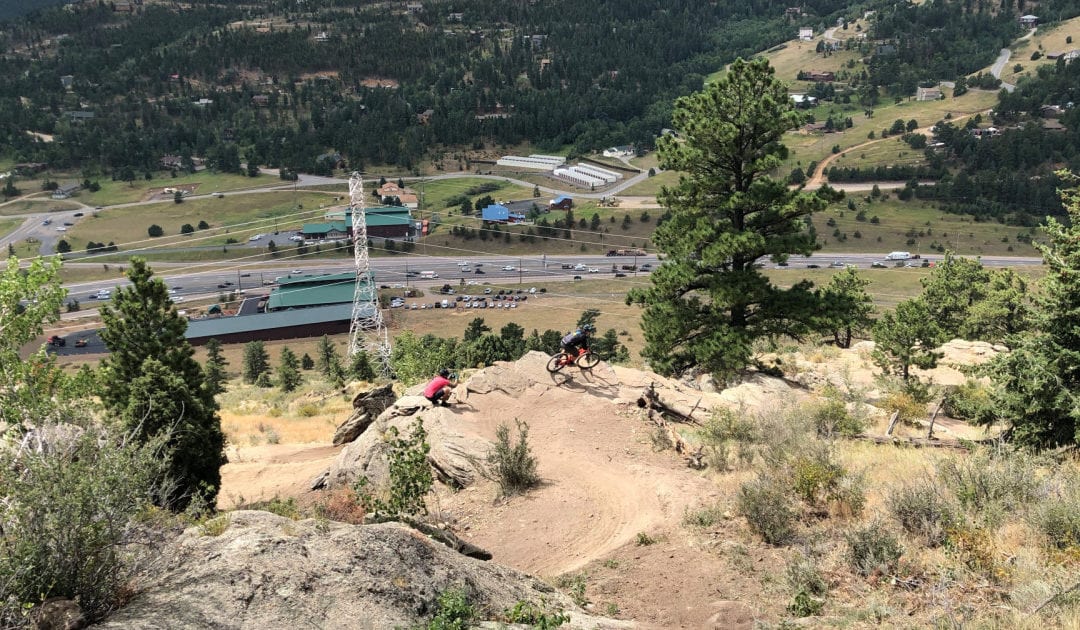 The contagion sweeping through Colorado spiked first in mountain communities crowded with recreating tourists. And those communities are now alternately asking, pleading and demanding that visitors — the lifeblood of mountain economies — stay away.

As increasingly antsy Coloradans lumber into their second month of coronavirus-related quarantine, the municipal approaches urging visitors to follow statewide state-at-home guidelines vary among communities. Even as the state prepares to roll back a stay-at-home order on Sunday, many counties are adding teeth to the largely unenforced state order limiting travel, promising fines for out-of-towners who wander into their remote corners.

Gunnison County has pretty much sealed itself off with orders that promise $5,000 tickets for order-shirking visitors, including second homeowners. Summit County, where skiers have been flocking to Loveland Pass, is taking a less punitive position with messaging and patrols urging visitors to practice social distancing and follow rules designed to limit the spread of COVID-19, the illness caused by the coronavirus.

(And the Summit County Rescue Group has been busy, rescuing an injured snowboarder on Loveland Pass last Tuesday and delaying the recovery of a skier killed in an avalanche the next day.)

Summit County still wants to limit visitors though. The county last week amended its public health order, extending the closure of all hotels and short-term lodging facilities through May 31.

Jefferson County has left its open space trails and parks open, but for the past two weekends the county’s sheriff deputies and open space rangers have temporarily turned away visitors at busy trailheads.

In between the varying Gunnison, Jefferson and Summit approaches is Chaffee County, with a public health order simply saying the county is closed to all visitors, with all its hotels, motels and short-term lodging closed.

The San Juan County sheriff has closed federal land to all except locals. Eagle County also says all its county, Forest Service and BLM lands are limited to only local residents.

Last week Eagle County’s public health and environment director asked the state to exclude Eagle County from certain restrictions in the statewide stay-at-home order. Heath Harmon pointed to his county’s comprehensive monitoring system showing a rapid decline in new cases in the past two weeks, an aggressive testing plan and plenty of capacity at hospitals. He asked the state to allow Eagle County residents to gather in groups up to 10 people, let some non-essential businesses open as long as they adhere to social distancing and allow outdoor recreation facilities to open.

Eagle County’s request is the only one of its kind submitted to the state’s Department of Public Health and Environment. So far. On Monday, Gov. Jared Polis said Eagle County “got their act together” with early restrictions and he expects the county will be the first in the state to reopen. Polis said other counties may also use robust monitoring and testing capability to make the case for moving ahead of the state in relaxing restrictions.

“This is a big, diverse state and there should not be one statewide approach,” Polis said during a press conference on Monday.

Mesa County took it one step further on Monday, with county commissioners approving a letter asking Polis to exclude the county from “all state health orders.” The county has 35 cases of COVID-19 and on Monday reported the latest batch of test results revealed no new cases with only two residents remaining in the hospital with related illnesses.

Clear Creek County two weeks ago approved an emergency order temporarily closing its county roads to everyone but locals and essential business traffic.

“From a prosecutor’s perspective, one possibility is that we will be asked to enforce violations of public health orders and this is a complex patchwork of regulations that are issuing from the governor’s office, the Forest Service and local public health directors,” said Brown, whose district spans Clear Creek, Summit, Eagle and Lake counties. “Each of those orders potentially could be the basis for a criminal prosecution. People could get cited and face consequences. If they are not consistent with state law and federal law, then any citation is not worth the paper it’s written on. We won’t prosecute violations if they don’t have a sound basis within the law.”

“People are taking the stay-at-home order not serious and still coming up to our county to recreate,” Albers told the three commissioners, noting skiers on Loveland Pass and Berthoud Pass, bike riders at trailheads on Floyd Hill and cars illegally parked along Fall River Road near St. Mary’s Glacier, where the Alpine Rescue Team rescued an injured hiker last week.

In Gilpin County, where there is just one confirmed case of COVID-19, Albers said officials are also struggling with Front Range visitors crowding recreation areas. Clear Creek County does not have a hospital and it has an emergency medical team of nine paramedics and three ambulances. An accident or a rescue involving an ill patient could take those emergency medical personnel out of service for local residents, the sheriff said.

“People are not listening to the stay-at-home orders … they are not staying at home. They are coming up to our backyard and they are playing in our backyard,” Albers said.

Two of the three Clear Creek County commissioners voted in favor of the temporary closure order for county roads, which does not include I-70, U.S. 6 over Loveland Pass, U.S. 40 over Berthoud Pass or Colorado 103 over Squaw Pass.

Commissioner Sean Wood voted against the temporary closure, calling it a “drastic step” toward resolving issues that might be better addressed with focused closures, not shutting down all county roads for out-of-county visitors.

“I think it’s an overstatement to say people who are going out to recreate are violating the stay-at-home order,” Wood said. “There are probably other ways of accomplishing this.”

John Swartout, the executive director of Colorado Counties Inc., said members of his mountain district are struggling with how to encourage people to stay away. Without comprehensive testing results to measure the spread and medical facilities ill equipped for a surge of very sick people, county health officials are exercising broad powers to protect their residents.

“They feel pretty strongly that in a lot of ways they are on their own on the front-line response to this,” said Swartout, who gathered with mountain county health officials and commissioners this week. “These communities continue to make decisions they think are based on their best interests given their inability to get data to make more informed decisions. In some cases, they feel they have no other choice.”

Polis’ stay-at-home order urges people to recreate near their homes and not drive to far away destinations. Swartout said counties are working with the governor to “strengthen his guidance.”

“I think there are folks in the mountains who really want this (restriction on traveling to recreation) to be part of the health order and more than just guidance,” he said.

Swartout said it’s not just mountain communities that are worried about an influx of visitors. He’s getting calls from Costilla County, where anglers are flocking to area reservoirs west of Trinidad. Turkey hunting season starts next week and residents of Yuma County in northeastern Colorado are concerned about hunters coming from afar.

“I never thought I would ever hear people talking about shutting down their summer tourism season. That is a legitimate concern right now,” Swartout said, pointing to skiers coming from all over the country that fueled outbreaks in resort communities.

Colorado Parks & Wildlife has seen summer-like numbers in recent weeks at its 41 parks. With improved messaging and communication, the agency is working with local counties and federal land managers to promote safe, close-to-home recreation.

Dan Gibbs, the executive director of the state’s Department of Natural Resources, said he expects the governor will soon update guidance on outdoor recreation and more forcefully urge people not to travel to play.

“I don’t know if we want to be so strict to say ‘OK you can only go a certain amount of miles,’” Gibbs said. “We want people to use common sense and to stay local in their home community. The public health ordinances are really to gain public compliance. We don’t want law enforcement to have a heavy hand here. The governor has said, it’s the Grim Reaper we should be fearing, not enforcement of rules or regulations.”

Colorado Parks & Wildlife is adapting its COTREX app and website — which details every trail and recreation area in the state — to include the evolving list of closures across the state. Last week CPW launched an updated list of all closures at outdoor recreation areas managed by the state, the BLM, the Forest Service, National Park Service, Fish & Wildlife and Colorado’s Ute Mountain Ute Tribe.

“The easiest thing to do is to shut down trails and shut down parks, but the governor and the DNR, we feel strongly that there is such amazing benefit for people during these stressful times to get out and recreate for your mental and physical health,” Gibbs said. “I think the messaging is working and we are seeing compliance. I won’t say it’s everywhere, but as we get the word out and the governor continues to use his voice to reach more people, I think more people will catch on and we will see more people recreating locally — close to their homes.”