Colorado Cop Says He Didn’t Mean ‘KILL THEM ALL’ Literally 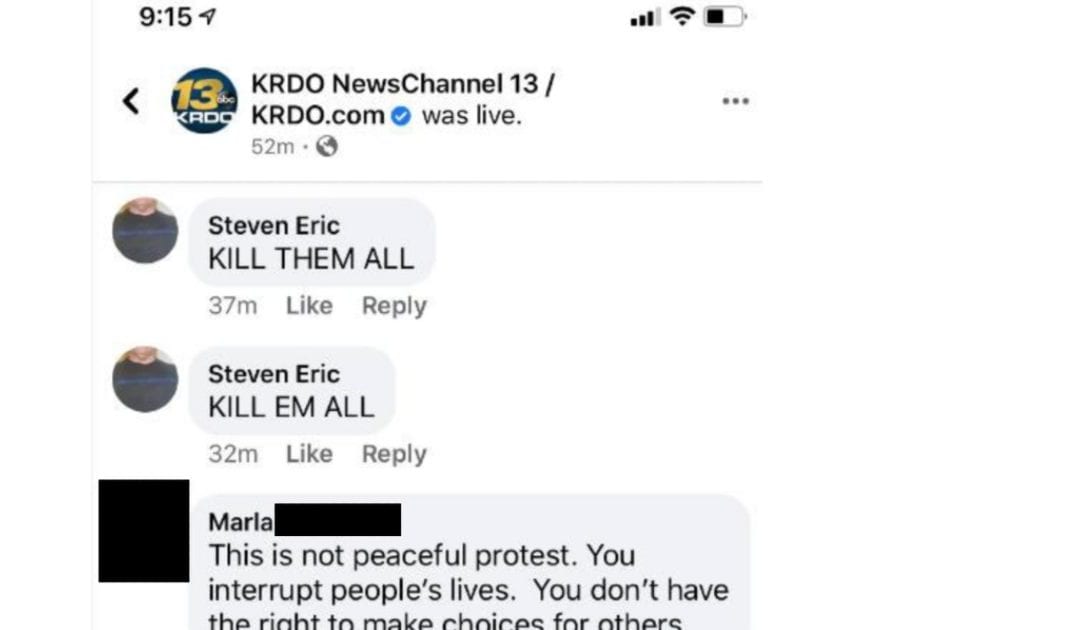 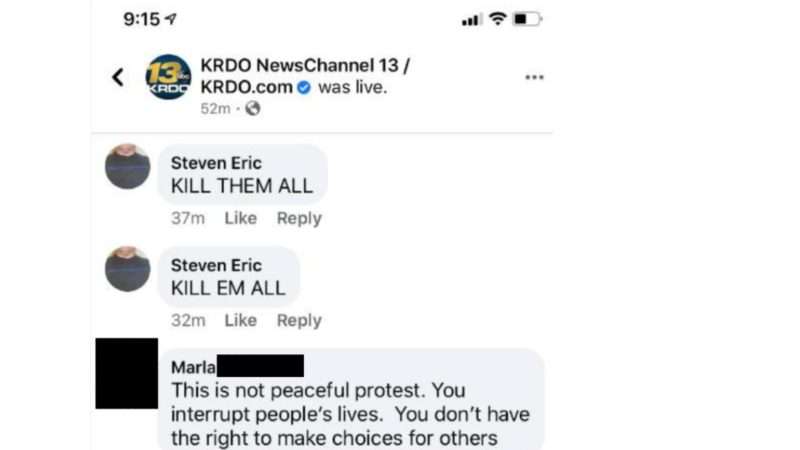 A Colorado police officer who has been on the force for 20 years was suspended after posting “KILL THEM ALL” on a June Facebook live stream showing protesters blocking an Interstate 25 exit in Colorado Springs.

On June 30, a group of 20 protesters used the interstate to as part of the nationwide anti-police brutality protests happening in the wake of George Floyd’s death. Colorado Springs Police (CSPD) Sergeant Keith Wrede posted “KILL THEM ALL” and “KILL ‘EM ALL” on a live stream of the protests while logged on to his now-deleted Facebook account.

Wrede was interviewed by the CSPD’s internal affairs division about the comments on July 15. According to a from the exchange, Wrede said he posted the comments via a personal Facebook account that he created under the name “Steven Eric,” which Wrede told investigators was a mixture of his late brother’s first name and his own middle name.

“My only understanding was that they were blocking I-25,” he told investigators when asked about the nature of the protest. Wrede also said the protesters were part of the Black Lives Matter movement and that he “understood what they were trying to accomplish in the street that day,” which he says included issues such as “the murder of George Floyd, police reform, killing cops, trying to kill cops.”

Wrede said his comments were not actually a call to kill protesters. Rather, Wrede said he was “going crazy” listening to Metallica’s Kill ‘Em All album leading up to the incident. Wrede added that he understood that someone could be inspired to commit violence based on his comments and also understood that his comments could damage already sensitive relations between the police and the community. He said the comments were a “momentary lapse of judgment” and were the result of his own anxiety being released “in a very unprofessional manner.”

In a Monday to the community, CSPD Chief Vince Niski said that Wrede was suspended for 40 hours, removed from his specialized unit, and will be reassigned.

“It was determined that the comments were made off-duty out of frustration and there was no indication of any physical action or intent to cause harm,” Niski wrote. “I am in no way minimizing Sergeant Wrede’s words. His comments were unacceptable, have damaged our relationship with members of our community, and fell short of our standards.”

As for the decision to keep Wrede on the force, Niski said that he could not “deprive the community of a good police officer and his services because of an isolated incident of an error in judgment.”

KRDO, which captured the Facebook live stream where Wrede made his comments, that Wrede was “involved” in the June 1 arrest of protester Justin Salmons. Officers can be seen in a bystander video punching Salmons in the torso and back while holding him down. Reason contacted CSPD to verify the nature of Wrede’s alleged involvement in that incident, but did not receive a timely response.