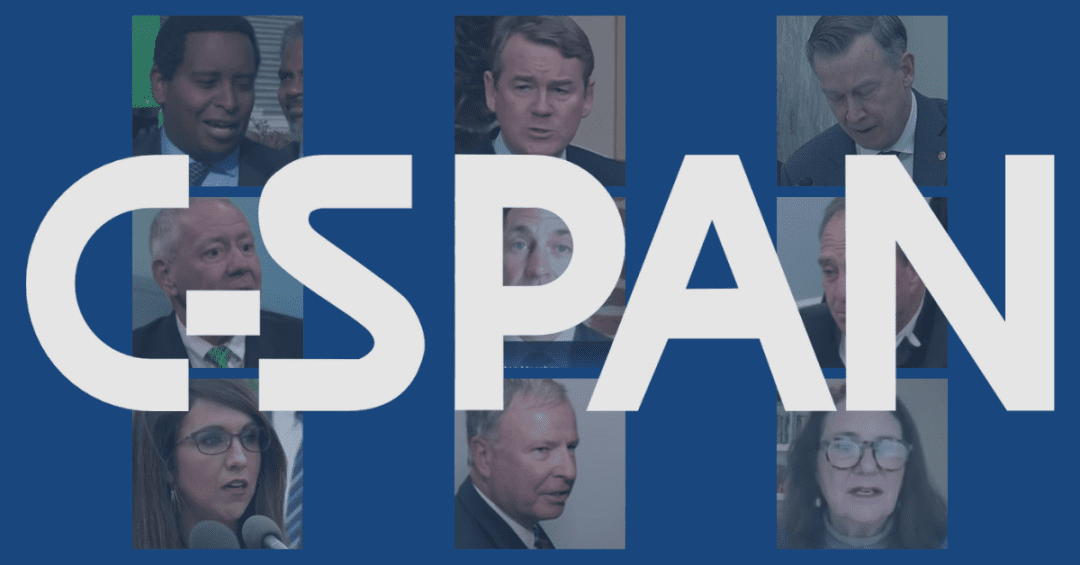 Colorado’s elected leaders faced a year of tumult at the U.S. Capitol – though some had more to say about it than others on the House or Senate floor.

From the Jan. 6 insurrection and the vote to impeach a former president, to debates over coronavirus measures and other hot-button topics, some congressional delegates made their voices heard through floor speeches, while one didn’t speak at all.

Republican U.S. Rep. Lauren Boebert, of Silt, led all seven House members when it came to the amount of time she addressed the U.S. House last year, holding the floor for 1 hour and 24 minutes across 20 different days. Rep. Joe Neguse, a Lafayette Democrat, followed closely with 1 hour and 23 minutes of floor speeches over 15 days.

First-year U.S. Sen. John Hickenlooper didn’t speak on the floor once in 2021. A spokeswoman said he was observing a longstanding tradition in the Senate of waiting to deliver his maiden speech. Hickenlooper was the only senator who didn’t make a floor address in 2021, according to C-SPAN.

The Colorado Sun analyzed dozens of floor speeches by the state’s congressional delegation on the House and Senate floors, as captured by C-SPAN. The analysis excluded House members speaking in the Senate on impeachment and proxy voting by House members.

The review found large disparities in speaking time by Colorado’s delegation members, and offered a window into their contrasting styles and priorities.

Democratic U.S. Sen. Michael Bennet led the entire delegation with 2 hours and 24 minutes of talking on the floor. Speeches tend to be longer in the Senate because the chamber has less than a quarter the number of members of the House and it is considered to be a more deliberative body.

The year in speeches also highlights key moments of a turbulent period in national politics, revealing what Colorado’s leaders said at historic points.

A joint session for the vote count, which is typically routine, saw the House and Senate return to their respective chambers as Republicans challenged the electoral votes from Arizona going to Biden. That required further debates and votes in each chamber.

At the same time, protesters gathered outside the Capitol building after marching from a rally where Trump appeared and urged his supporters on.

Boebert gave her maiden speech in favor of rejecting the Arizona votes in a nearly 6-minute talk she began by saying “I am not here to challenge anyone to a duel like Alexander Hamilton or Aaron Burr.” She concluded: “I have constituents outside this building right now … They know that this election is not right and I am sent here to represent them. I will not allow the people to be ignored.”

“In the United States,” Neguse said, “we accept the results of free and fair elections. We don’t ignore the will of the voters.”

Less than 15 minutes after Neguse concluded, Speaker Nancy Pelosi was no longer in the chair, shouting could be heard and the House recessed as Trump supporters swarmed the building.

Meanwhile, in the House DeGette concluded debate on the Arizona challenge. “On Sunday, every member in this chamber took an oath to uphold the constitution,” she said. “There’s only one vote tonight for those who took that oath, and that vote is to reject this challenge.”

That challenge and a challenge to Pennsylvania’s electors failed, with Boebert and Lamborn the only Coloradans voting in favor.

A week after the insurrection, a second round of impeachment action against Trump began in the House, even though he only had a week remaining in office.

Five of Colorado’s seven House members addressed the impeachment proceedings on the floor, with Boebert and Buck both speaking against it. Neguse, DeGette and Crow spoke in support of impeachment.

Buck spoke longest that day, for just over 2 minutes, listing a litany of slights of Trump and his supporters by celebrities and those in government. “Americans were frustrated when they learned the FBI was investigating the Trump campaign. … They were frustrated when members of this House spoke over and over about impeaching the president days into his administration and the socialists in Hollywood joined their allies in Congress.”

Crow kept his remarks to less than a minute. “Last week, I stood in that gallery to defend this chamber against the violent mob called here by Donald Trump,” he began, noting his military service. “I’m not asking you to storm the beaches of Normandy, but show a fraction of the courage we ask of our troops every day. Leadership is hard. It’s time to impeach.”

Colorado’s four Democrats voted for impeachment, while the three Republicans voted against it. As in the 2020 impeachment attempt, the Senate acquitted Trump, with Bennet and Hickenlooper voting to convict him.

February House floor is busy with Wilderness Act and other legislation

In late February, the House debated the Colorado Wilderness Act sponsored by DeGette.

“I’m so proud … to be the primary sponsor of this beautiful legislation,” Degette said in her nearly 5-minute floor speech on Feb. 25. “In our home state of Colorado alone, our public lands will support a $12 billion, that’s a ‘B,’ outdoor recreation economy and hundreds of thousands of jobs.”

But Lamborn and Boebert spoke out against DeGette’s bill.

“I oppose this highly partisan and divisive legislation,” Lamborn said. “The use of land under wilderness legislation is so restrictive, hardly anyone can use it. … This bill fails our children. You can’t take a baby on to wilderness land on a stroller.”

Neguse and Crow each spoke to support the wilderness act, which passed the House with the Colorado delegation splitting along party lines.

The measure is stuck in the Senate after efforts to include it in a defense spending bill failed at the end of the year.

Also in February, the House debated the American Rescue Plan Act, which provided $1.9 million in coronavirus stimulus. It passed the House in March with no Republican support, but only Boebert spoke against it on the floor of the House.

Bennet and Perlmutter work their issues

Perlmutter and Bennet spent much of their floor time in 2021 on issues they’ve championed for years.

Bennet spoke for 53 minutes about expanding the child tax credit as a way to reduce poverty. While the expansion was included in the $1.9 trillion stimulus bill responding to coronavirus approved in March, the expansion ended along with 2021. Bennet addressed the need to make the expansion permanent in his final floor speech of the year Dec. 14.

“Nationally, the child tax credit … is cutting childhood poverty in half,” Bennet said in a nearly 11-minute speech. “It’s reducing hunger among families by a quarter. We finally have a tax cut for working families. We should be making it permanent.”

The Senate adjourned Dec. 17 without voting on a social safety net bill that makes the credit permanent. The fate of that bill is in question in 2022.

Perlmutter, meanwhile, devoted nearly 40 of his 47 minutes of floor speaking time to banking issues. He is chairman of the ​​Consumer Protection and Financial Institutions Subcommittee, and much of that time was spent advocating for the SAFE Banking Act, which would give cannabis businesses access to banks.

“These businesses and their employees become targets for crime, robbery, assaults and more by dealing in all cash,” Perlmutter said on April 19.

His bill passed 321-101 with 106 Republicans voting for it; Buck and Lamborn voted against it, and Boebert was absent. The Senate has yet to pass the measure, however, and attempts to amend it onto other bills at the end of the year failed.

Not all floor speeches focus on policy issues, however. Often, time is set aside for general speechifying on the floor, and several Colorado congressional members took advantage of those opportunities.

But the Garfield County Republican spent most of her time on the floor that day complaining about “cancel culture” and the firing of actress Gina Carano from Disney’s “Mandalorian” series for social media posts opposing mask-wearing and promoting baseless claims that the 2020 election was fraudulent.

“I’ve said it before and I’ll say it again, cancel culture has become a pillar of the left,” Boebert said. “The fake news tried to cancel me for simply walking around the Capitol with my family … I refuse to bow to the cancel mob.”

Boebert went on to quote scripture and extol Christianity.

In other floor appearances, she lauded the virtues of the oil and gas industry (in which her husband works), spoke against tougher gun laws and in favor of restrictions on abortion.

Buck also spoke out against “cancel culture” on May 11, in one of only five floor speeches he delivered in 2021.

“Critical race theory is the back door way to teach Marxism to students and adults in this country under the guise of pushing equity,” Buck said. “In my state of Colorado, the oil and gas industry is being canceled.”

Neguse spent about 34% of his floor time on general political speeches, including a 16-minute commemoration of 200 days of Democratic control of Congress and the presidency in late July and a 9-minute talk extolling virtues of his party’s congressional accomplishments in September. That included criticism of Republican colleagues.

“Unfortunately, some on the other side of the aisle are promoting misinformation about the coronavirus, opposing overwhelmingly popular vaccine mandates that will save lives and keep our schools open,” Neguse said. “Some of them… have even spread false narratives about the attack on our Capitol, on this chamber, nearly nine months ago.”