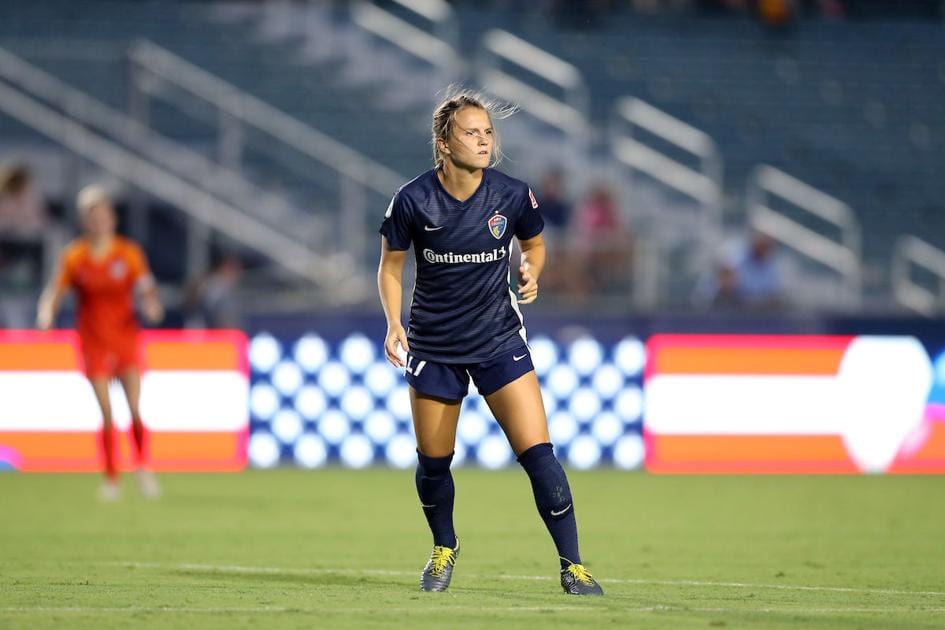 The NWSL became the first American professional team sport to resume play amid the coronavirus pandemic when North Carolina Courage, which has Milliet and Pine Creek graduate Ally Watt on the roster, beat Portland Thorns 2-1 in the opening game of the NWSL Challenge Cup — a month-long tournament in Utah replacing the typical season.

Milliet replaced United States team member Crystal Dunn in the 65th minute, while Watt, the No. 6 overall pick in the 2020 draft, made her professional debut in the 58th minute. Unfortunately, Watt’s moment was cut short, as she was stretchered off the field with a suspected knee injury 15 minutes later.

“She’s a great, big, big piece of our team already, as you could see,” Courage coach Paul Riley said on a streamed press conference. “She was the first forward off the bench, and she had been terrific in preseason. So yeah, let’s hope she’s OK.”

Milliet made an impact during her 25-minute shift and earned praise from her coach and the CBS broadcast team for her creativity and vision in the midfield and a couple of quality crosses.

“I was happy with the substitutions that went in,” Riley said. “I think it shows our depth. Little Lauren Milliet was very good when she went in … and Ally Watt, actually before the injury, was causing some problems.”

While Watt’s status for the remainder of the tournament is to be determined, Milliet figures to have more opportunities to impress. Due to the congested tournament schedule and an expedited preseason, teams are allowed five substitutions as opposed to the traditional three.

“We are a very deep team, so I think it plays really well into our strengths as a group, but yeah, I think this tournament format does give me a little bit more opportunity than maybe I would have had over a longer season,” Milliet said after making her first two professional appearances in 2019.

“We’re really excited with our first game on CBS,” NWSL commissioner Lisa Baird said during the broadcast. “Americans, we want them to fall in love with the sport, fall in love with our players and realize that we have an exciting tournament ahead of us.”

Saturday’s match set a strong tone when Lynn Williams scored the winner in the 94th minute of a match featuring the last three NWSL Champions — North Carolina in 2018 and 2019 and Portland in 2017. After missed chances littered the first half, Brazilian star Debinha headed home North Carolina’s first goal of the season in the 75th minute before Portland’s Simone Charley equalized 5 minutes later.

Milliet’s potential highlight, a perfectly weighted service to Debinha — who proceeded to volley a powerful shot on frame — was negated by the offside flag, though that was a small flaw on an otherwise big day for Milliet and women’s soccer as a whole.

“I think that traditionally women’s sports have been kind of pushed to the wayside. Obviously, we aren’t featured on a lot of big, major platforms, so I think we were all just very excited to be able to show the world that women’s sports are a force to be reckoned with and we are legit and we do deserve this platform,” Milliet said. “So I think that was an added maybe stressor and maybe added a little bit of nerves because we wanted to make sure we did show the world our creativity, you know everything that goes into what we do on the pitch. I think it was such a big moment and it’s so monumental for this sport.”