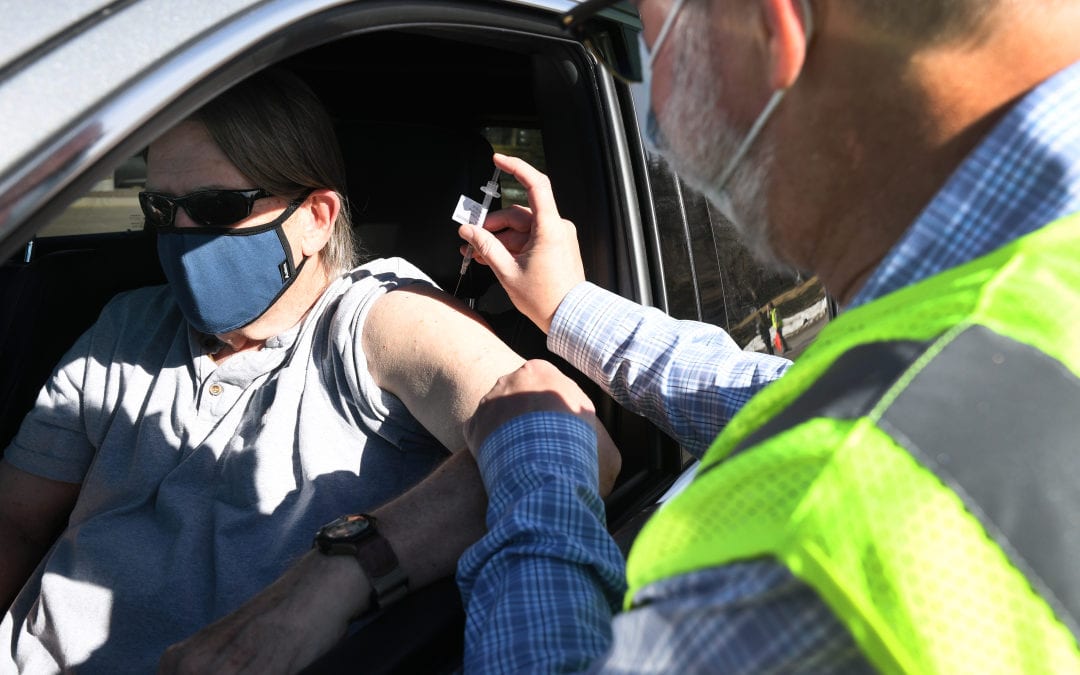 Colorado is once again reshuffling its coronavirus vaccine distribution plan, this time bumping older and sicker people up in line and moving down most essential workers who were slated to start getting inoculated next week.

The changes, announced by Gov. Jared Polis at a news conference on Friday afternoon, will mean that people between the ages of 60 and 64 and people ages 16 to 64 with two or more high-risk conditions will be eligible to receive a vaccine when the state moves into phase 1b.3 on March 5.

Previously, people ages 60 to 64 were in Phase 2 of Colorado’s vaccine distribution plan.

Grocery store and agricultural workers will also be eligible to receive the vaccine starting next week, when 1b.3 is scheduled to begin. About 950,000 people are estimated to make up the new 1b.3 priority group.

Polis also announced Friday that Coloradans age 50 and older will have access to the vaccine starting in late March, possibly as soon as March 21.

The changes mean there will be a delay, likely of several weeks, in receiving the vaccine for thousands of other essential workers who remain in Phase 1b.3 and were slated to start being inoculated on March 5. That essential workers group includes people working in manufacturing and public transit, as well as U.S. Postal Service employees, faith leaders and journalists.

The 1b.3 essential workers are now slated to start receiving vaccines on March 21, the governor said.

“Since the beginning of this pandemic, we have approached the vaccine distribution process in a way that is equitable, saves the most lives and ends the public health crisis as soon as possible,” Polis said.

Brig. Gen. Scott Sherman, the Colorado National Guard soldier leading Colorado’s vaccine distribution efforts, said the state is expecting the White House to announce next week an increase in vaccine doses being sent to states. He believes that will translate to bigger shipments for Colorado starting in late March or early April.

“Please be patient,” Sherman said. You will have your turn to get a vaccine.”

High-risk conditions that make someone eligible for the vaccine include:

More than 1 million Coloradans have received at least a first dose of coronavirus vaccine, including at least 67% of Coloradans ages 70 and older.

Approximately 37% of Coloradans ages 65 to 69 have received a first dose, as well as roughly 64% of K-12 educators and child care workers.