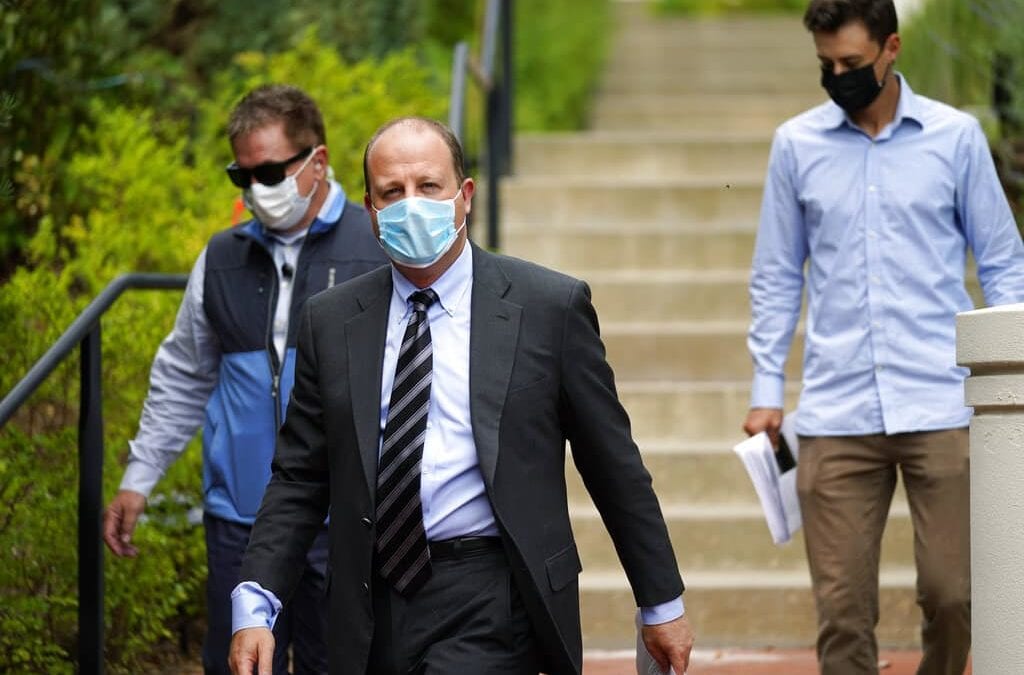 DENVER (AP) — Gov. Jared Polis issued a 30-day ban on open fires such as campfires, fireworks and other open sources of ignition on Tuesday as the state battles four separate wildfires.

The ban does not include home barbecues, public grills, camp stoves and approved fire pits. As of Tuesday, the four wildfires had burned across 208 square miles (53,872 hectares) which is mostly federal lands and some state and private property.

“Sometimes something as small as a cigarette butt or a spark from a vehicle, a campfire or fireworks can destroy thousands of acres of property, including people’s homes and cause road closures that can cost our economy millions of dollars,” Polis said.

He said three out of the four fires were likely caused by human activity and the dry, hot weather was exacerbating their growth and making containment more difficult.

As of Monday, the Pine Gulch Fire covering over 134 square miles (8,806 hectares) was the fourth largest in state history, Polis said. However, firefighters were hoping the surrounding natural barriers would hold off the fire’s expansion.

Dan Gibbs, executive director of the state’s Department of Natural Resources, said the Grizzly Creak fire has put homes and structures at risk. About 57 miles (90 kilometers) of Interstate highway has been closed for over a week.

Polis noted that poor air quality can cause COVID-like symptoms and urged people to get tested if they have concerns that they’ve been exposed.

“We are all in this together whether it’s coronavirus or the wildfires. We will get through this,” Polis said.

On Tuesday, Dr. Alexis Burkoff, medical epidemiologist with the state Department of Public Health and Environment, gave guidance on the similar symptoms that smoke and COVID-19 pose, which includes watery eyes, cough and respiratory problems. Coronavirus symptoms that are not associated with fire smoke can include fever, chills and diarrhea, Burkoff said.

State health officials have issued an air quality advisory for more than a dozen counties and warned vulnerable populations to stay indoors.