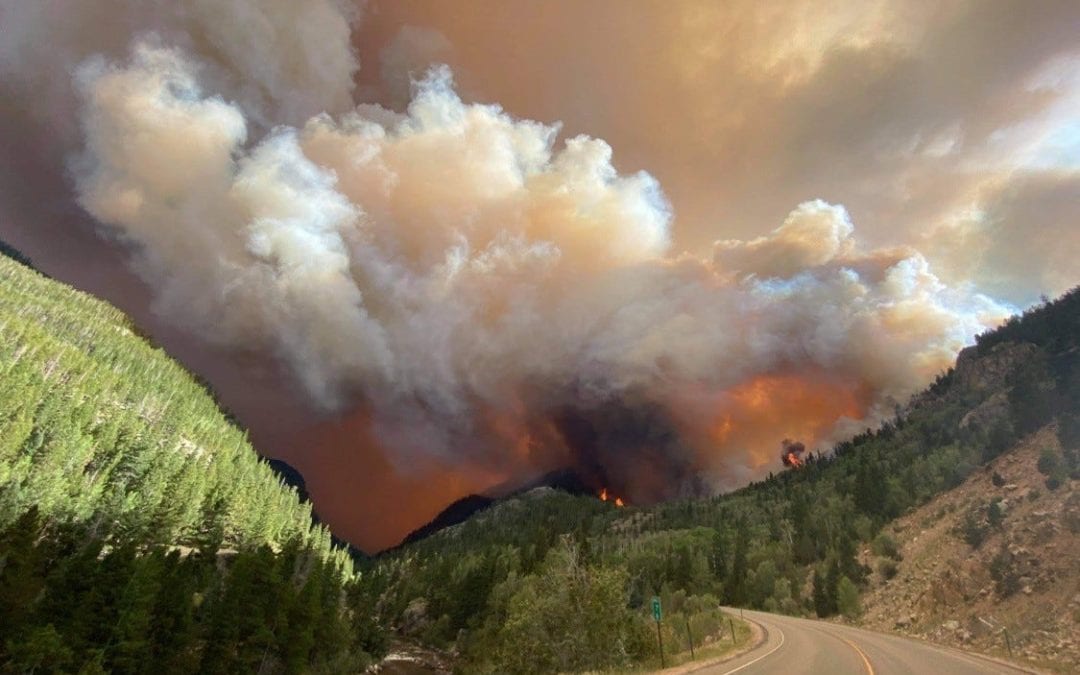 A backpacker surrounded by the Cameron Peak Fire was airlifted to safety Tuesday afternoon by a Colorado National Guard helicopter.

The backpacker is presumed to be the last recreationist in the Cameron Peak Fire burn area, which has grown to more than 15,000 acres as of Wednesday morning with 0% containment.

David Moore, Larimer County Sheriff’s Office spokesman, said the agency was contacted at 1:24 p.m. Tuesday with an SOS signal from the man’s Garmin GPS navigation system, indicating he was trapped by the fire near Blue Lake. The lake is 5 miles in from the trailhead along Colorado Highway 14 and near where the fire is believed to have started in the Roosevelt National Forest’s Rawah Wilderness.

The sheriff’s office contacted the Colorado National Guard, which specially equipped a helicopter to rescue the man, whose name was not released.

The man, who said he had been in the area since Aug. 13, the day the fire started, was transported by helicopter to an sheriff’s office emergency services specialist at 5:40 p.m.

Moore said the man’s vehicle had previously been towed from the Blue Lake Trailhead parking lot to prevent it from being damaged by the fire. The man was reunited with his vehicle and escorted out of the fire area, Moore said.

In a Tuesday night Facebook post, Larimer County Sheriff Justin Smith said the person was the “final camper” removed from the fire.

SMOKE: Track Cameron Peak Fire smoke, along with that of other Colorado fires

There have been reports of a family of four missing in the fire area, but Moore said that report has not been substantiated.

More than 300,000 acres of the forest has been closed due to the fire.

The cause of the fire is under investigation, but Wednesday afternoon the Canyon Lakes Ranger District of the Roosevelt National Forest said it is seeking the public’s help in narrowing in on its suspected human origin.

District staff is looking for anyone who took photos of the Cameron Peak Fire from the trails located south of Cameron Peak. Staff said the most helpful photos would be those taken of active fire adjacent to any of the adjacent trails, especially of smoke and flames located near these trails.

PERSPECTIVE: How big and how far away is the Cameron Peak Fire

Photos should be emailed to SM.FS.usfsarp@usda.gov. If you have other information to share, you are asked to call 307-745-2392, option 5, and leave your name and number so law enforcement can contact you.