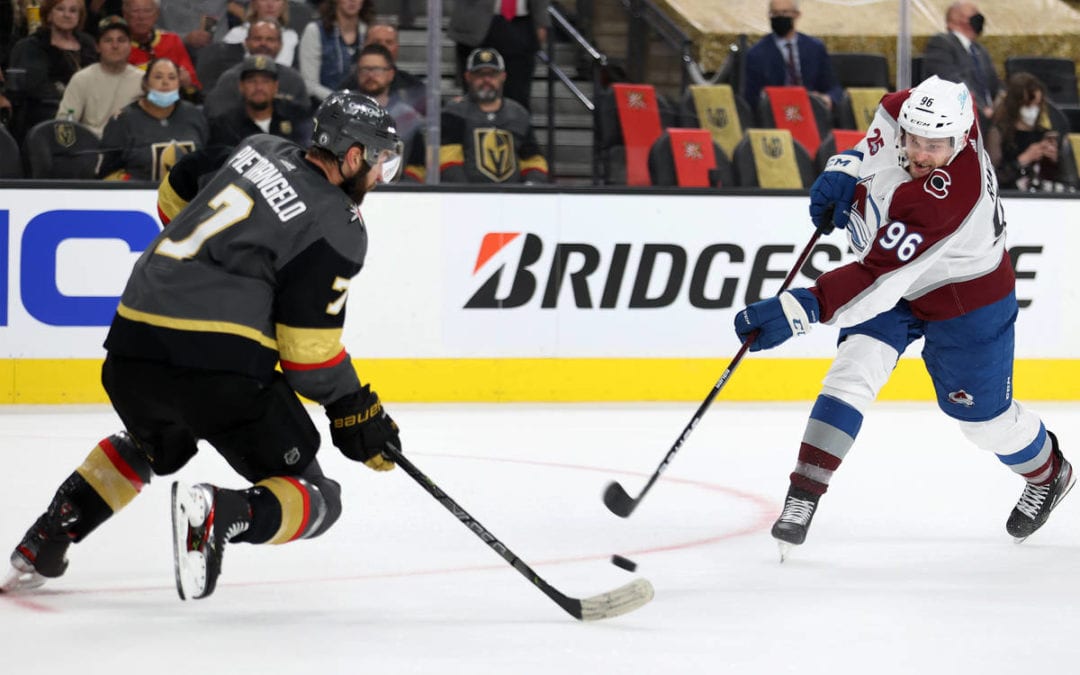 DENVER — I’m not sure Pete DeBoer understands the water shortage facing Las Vegas, because when he said some doubters were jumping off a raft after his Golden Knights team went down 2-0 to Colorado in this best-of-seven series, you had to wonder what surface they were hitting.

Maybe he hasn’t seen those Ryan Reaves commercials in which the forward destroys some hapless guy before telling him to change a watering clock. Lake Mead, y’all. It’s shrinking.

I am sure about this: DeBoer and his team are flawlessly playing the underdog role.

Perhaps the Avalanche should try such a narrative.

Sportsbooks still favor Colorado to emerge victorious in this West Division final, but anyone who witnessed Games 3 and 4 at T-Mobile Arena might struggle buying such a forecast.

Game 5 is Tuesday night. Colorado has some work to do.

Its confidence will rightly stem from going 16-0-1 in the final 17 regular-season home games and being 4-0 in the playoffs at Ball Arena. Its doubt will stem from how the Knights have controlled play from the second period on of Game 2.

“I don’t know if mental toughness is the right (term),” Colorado coach Jared Bednar said. “But your mentality coming into the game and your approach from a mental standpoint is really important. We can talk about adjustments and this and that, but it’s pretty clear what they’re doing.”

And what Colorado isn’t.

The Knights are making life difficult on Colorado, and the Avalanche aren’t responding in kind. They’re getting beat up and down the ice time and again. It’s not like pickup basketball at the YMCA and nobody feels a need to get back on defense, but it’s close enough.

In the two losses, Bednar’s team couldn’t crack the structure of the Knights, who have been terrific at making a play in the defensive zone, throwing the puck out and attacking the neutral zone.

They also have to discover a competent rush of their own.

Colorado needs a much cleaner transition game. It’s not challenging the Knights to defend as you would expect from such a fast and skilled side as the Avalanche. They’re having all sorts of trouble working through the neutral zone. They’re not causing much duress at all.

And when it does create chances, Colorado often isn’t forcing Knights goalie Marc-Andre Fleury to make a save.

Example: The Avalanche missed the net on three walk-ins and hit the post on another attempt in the third period of Game 4.

Things can change overnight. Colorado on Tuesday will be the beneficiary of a raucous crowd rather than its nemesis. Check out some of the other playoff series. Smart is not the team that becomes comfortable for even a shift or two.

“It’s a seven-game series,” Bednar said. “It’s not a best-of-four. I said it after Game 1 — it’s a race to four. It’s not a race two. We got two of the next three games in our building, where we have played real well. This is going to be a battle, and I fully expect our guys to take another step in this series. Our guys understand it’s going to be very difficult, but we can get it done.”

Of course they can. Just ask the Knights.

They will have no trouble telling you about the greatness of Colorado.

Playing that underdog role to perfection.