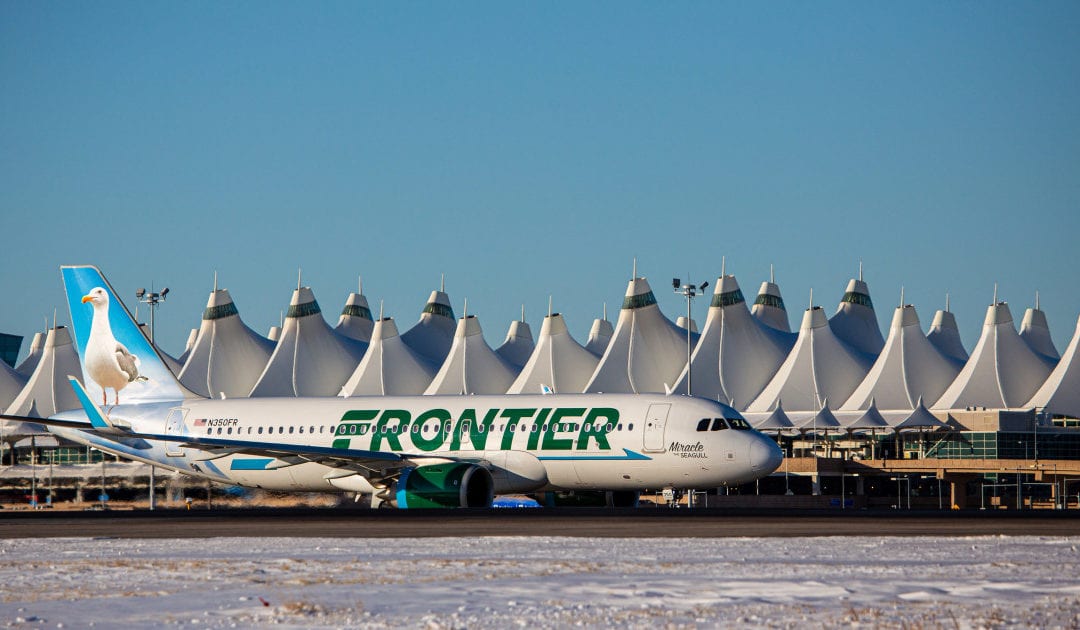 Colorado Attorney General Phil Weiser on Tuesday asked the Trump administration to launch a federal investigation into Denver-based Frontier Airlines and its policies and practices around passenger flight changes during the coronavirus pandemic.

“Frontier’s method of accommodating customers who changed their itineraries because of COVID-19 is both unfair and deceptive,” Weiser said in a letter sent to Transportation Secretary Elaine Chao requesting that the U.S. Department of Transportation open a probe into the airline.

Weiser, a Democrat, said his office has fielded complaints about the low-cost carrier from people in Colorado and 29 other states since March, “more than about any other company during that time.”

“My office has reason to believe Frontier violated (federal law) and USDOT regulations by engaging in various practices that cause consumers financial and psychological harm and meet the USDOT’s criteria for being ‘unfair’ or ‘deceptive,’” Weiser wrote.

Weiser said Frontier allowed customers to cancel their reservations and obtain a flight credit that could be used within 90 days of the cancellation.

“But according to consumer reports to my office, Frontier’s policies and practices — including material omissions and misrepresentations and a lack of reasonably timely problem-solving mechanisms — prevented many complainants from redeeming the full value of their flight credits and vouchers, and, in some instances, from redeeming any value at all,” Weiser wrote in his letter.

Weiser said the most common complaints his office has received were that:

“Throughout the pandemic, Frontier Airlines has acted in good faith to care for our passengers compassionately and fairly,” Jennifer F. de la Cruz, a spokeswoman, said in a written statement to The Colorado Sun. “At all times we have remained in full compliance with DOT rules and regulations governing flight changes, cancellations and refunds. We strongly dispute any suggestion to the contrary.”

The request for a federal investigation comes as the U.S. airline industry is reeling from the effects of the coronavirus crisis as passenger traffic has nosedived. The four largest U.S. airlines lost a combined $10 billion from April through June, The Associated Press reports.

Most carriers are anticipating job cuts and have already scaled back their operations.

Frontier warned state labor officials on July 30 that it expected to place nearly 400 employees on furlough starting in October.

“The furloughs are expected to be permanent or last in excess of six months,” Steven Schuller, vice president of human resources for Frontier, wrote in a letter to state and local officials. “… We regret that due to circumstances beyond our control that we have found it necessary to take these steps.”

United Airlines, which has a hub in Denver, has warned that it may furlough more than 2,800 employees in the Mile High City because of the pandemic’s economic effects. American Airlines is expecting to furlough about 100 employees in Denver.

This week, the nation’s largest airlines — United, Delta Air Lines and American — dropped change fees for most passengers, at least through the end of the year. Southwest Airlines, which also has a hub in Denver, does not impose change fees.

Weiser is encouraging the USDOT to seek civil penalties against Frontier if they are applicable.

“Companies cannot be allowed to take advantage of consumers during this time and must be held accountable for deceptive and unfair conduct,” Weiser said in a written statement. “By raising our concerns with USDOT and asking it to investigate and enforce the law, we are requesting a collaboration to protect consumers during this globally precarious time.”

Airline passenger traffic at Denver International Airport plummeted when the pandemic reached the U.S. It has since rebounded some.