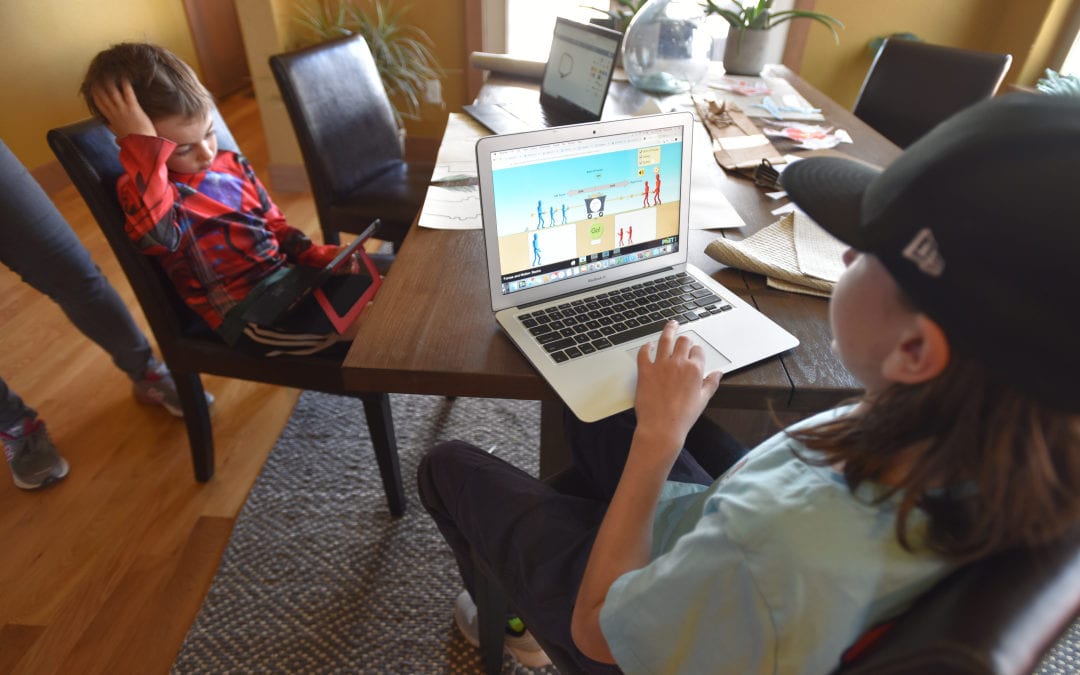 Nearly five years after the Boulder Valley School District asked the Federal Communications Commission to let it use federal funds to help students on the wrong side of the digital divide, the district finally got a response — in a roundabout way.

The FCC wanted to hear more, though it asked for comments in response to a similar petition filed by the Colorado Attorney General’s office.

The Boulder Valley district wanted to fix the “homework gap” faced by students who spend the day at school and then head home to no broadband service. In 2013, the district began sharing its internet with a local neighborhood that had none. But because the internet was partially funded by the federal E-Rate program, the FCC said it violated a rule because E-rate-funds could only be used on school campuses. In May 2016, the district asked the FCC to waive the E-Rate rule preventing funds from subsidizing the internet at students’ homes. The FCC never ruled on it.

On Tuesday, Attorney General Phil Weiser urged the FCC to consider his separate petition to address the divide that became more evident when students were sent home during the coronavirus pandemic. Weiser is leading the effort with Nebraska Attorney General Doug Peterson. Weiser has the support of 29 AGs in other states, Washington, D.C., and Guam. The FCC, in seeking comments to Weiser’s petition, noted that Colorado’s request was one of 11 asking permission for E-Rate funds to be used for remote learning.

That will work for Boulder Valley schools, said Ken Fellman, the district’s attorney in the 5-year-old FCC case.

“I don’t care whose petition they rule on, we’re all asking for the same thing. If they grant Attorney General Weiser’s petition and they never rule on ours, we still get what we want,” Fellman said.

“The issue is can we use E-Rate money to help qualified families get internet connectivity,” he added. “The former FCC chair was not interested in doing that, and I know that Acting Chair (Jessica) Rosenworcel, there’s no one who has been a bigger proponent for closing the homework gap than she has. She’s been the champion in the entire country.”

If the FCC moves forward and adds the AG’s request to a future agenda, that will be further than the school district’s petition ever got, Fellman said. The waiver would need a vote to pass.

The coronavirus pandemic sent many kids home last spring to continue their studies. Families suddenly faced unexpected bandwidth issues as several children and parents tried to log in for simultaneous video sessions. But there were also thousands of students with no internet, which can exacerbate educational inequities.

A state Department of Education assessment last spring found that 65,860 Colorado students, or 8% of students in represented districts, had no broadband access at home.

The state invested in other ways to bridge the divide, and some private internet companies also stepped up. In September, Gov. Jared Polis said the state would provide $2 million from federal relief funds to help districts offer reliable internet. T-Mobile offered hotspots and internet service to districts within its coverage area.

By October, the number of students lacking sufficient internet was cut in half to 30,841, or 4.1% of students. But the E-Rate program is a tool Colorado hopes it can use to reach those students.

The E-Rate program came out of the Telecommunications Act of 1996 to provide equipment and telecom services to schools and libraries at discounts of up to 90% depending on the poverty level of the area. But the program can be used only for E-Rate facilities, such as school classrooms and libraries.

“By granting this waiver, the Commission can take immediate action to close the digital divide during the COVID-19 emergency,” according to the state AG’s petition, filed Sept. 2.

But by law, the FCC could waive the rule “for good cause” when it’s in the public interest, the state AG’s Office pointed out.

In its public notice this month, the FCC acknowledged that in some cases, it has allowed E-Rate support for off-campus services for schools serving “unique populations — including schools on tribal lands and schools designed to serve students with medical needs,” said the notice, which also asked for public comment to Colorado’s petition.

“If the FCC takes action on the current petitions — even if the rationale for such action is closely tied to the pandemic — it will set a positive precedent for future FCC action to extend E-Rate support for off-campus uses in non-pandemic times,” said a spokesman for the AG’s Office.

But ironically, if the AG’s waiver is approved, the school district may not need it, Moore said.

After the FCC warning in 2013, Moore searched for alternatives. Three years ago, the district did a pilot with Live Wire Networks in Denver. Live Wire put antennas on Sanchez Elementary in Lafayette to blast internet service to local neighborhoods. Students on free or reduced lunch living in the community qualify for free internet, while Live Wire can sell internet service to customers in the neighborhood.

Live Wire taps into the district-owned dark-fiber, which was paid for by a bond and not E-Rate funding. Students get download speeds of 25 megabits per second and 5 mbps up, but if there are three children in a household, that speed is increased to 35 mbps down and 10 mbps up and the district pays Live Wire $5 a month. And 25% of Live Wire’s gross revenues from non-student customers goes back to the school district. The pilot was a success and has expanded.

“Long story short, we’re on eight schools right now. We have 225-ish students connected for free,” Moore said. “And so we’re solving the digital divide through this public-private partnership. The waiver request if granted really wouldn’t do anything for us, but I believe it needs to be granted because then school districts — and most of them are E-Rate funded for their networks — they would be able to do something similar to what we’re able to do.”

The E-Rate program is funded with the Universal Service Fund from fees collected as part of consumer telephone and wireless bills. Set at $3.9 billion for funding year 2015, it was capped at $4.15 billion in 2019, according to the FCC.

Last year, 331 entities in Colorado received a total of about $60 million to pay for basic maintenance, internet service and equipment, and related services, according to the state Department of Education.

But with many districts back to in-person learning, some feel this makes for a tough decision by school districts who really need the extra funds for their own internet services and equipment purchases for the school.

“I’m not sure how I feel about pulling E-Rate money from schools to get it out to kids so they have services in their area,” said Kevin C. Edgar, superintendent for Sanford School District in the San Luis Valley.

While remote learning is still offered, most of Sanford’s 320 students are back attending school in person. Edgar said the district has been able to work with local internet providers like Jade Communications and Ciello to get access to students who had mediocre service. But it has so far been too costly to reach others.

“We have one area (where) there are no towers, there are no lines going out to that area,” he said. “The kids that get it have to get it from satellite services and then I think the cost is a lot more.”

And that is a question for the future as educators try to close that homework gap so parents can respond to emails from teachers or read announcements and students can download and upload their homework, said Moore, with the Boulder Valley School District.

“I think the real question is if (FCC commissioners) act, is it just during the pandemic,” Moore said. “I’m definitely a proponent and advocate to get solved what we need to get solved for the remainder of this pandemic, and then continue the conversation for the long haul.”