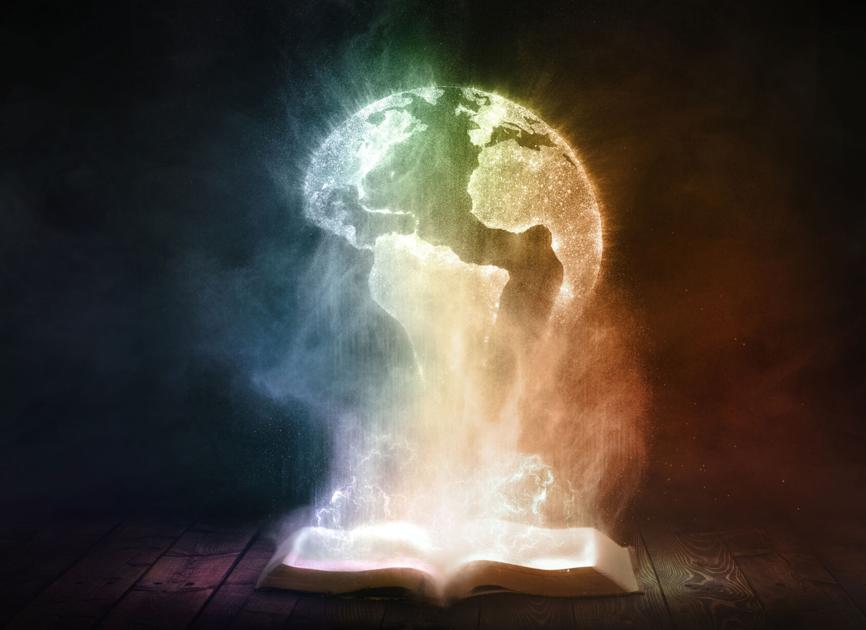 Elizabeth Trotter has gotten her COVID-19 vaccine and is looking forward to finally going to church in her new hometown of Joplin, Mo.

Like many who’ve stayed home from church during the pandemic, she’s missed community and corporate worship. But unlike many, it’s been eight years since she’s regularly attended an American church.

Trotter spent those years serving as a Christian missionary in Cambodia, where her husband was a pastor in an international church.

“We were working with people from India, Pakistan, Sri Lanka, European countries, Canada, New Zealand, with Fijians,” she said. “It felt like a picture of heaven.”

The experience changed her.

But when COVID-19 began to spread, the Trotters were forced to abandon their overseas assignment in 2020. Many other missionaries and Christian aid workers share a similar story.

Only now the U.S. doesn’t look or feel the way it did when they left. The country has changed in ways that have hit the church hard. This all leaves them wondering: Will they belong in an American church again?

“The work we’ve done is beautiful and bizarre and painful,” said Jeff Ingram, who used to serve with Reach Beyond in Ecuador and Singapore and now coaches missionaries in crisis in Colorado Springs. “It just creates a whole unique category of problems that an average person in the U.S. just doesn’t understand.”

These Christian workers were sent out by American churches years or even decades ago to plant churches, cultivate national churches, invest in international churches. And they’ve served in vulnerable communities, their views on poverty, justice and culture expanding. For some, their own children were born overseas. They’re back now, many after traumatic departures. And they’re trying to find their footing in American churches, but finding it difficult to build community in a post-2020 environment.

“I was just living in another culture and trying to live the rules in that culture,” Trotter said. “I wasn’t in touch with what was happening here. I wasn’t reading the news. I moved back to a very divided place. But I hadn’t watched the division happen.”

The term that Christian nonprofits use to describe returning to the U.S. is called “reentry.”

“When we first came back, the loss of the community was so gut-wrenching,” Trotter said. “Relationally, we felt we were starting from scratch. The pain was so bad because I didn’t get to say goodbye. And I know that is not abnormal for missionaries in history. Long before COVID, missionaries have gotten locked out of their country because of war, sometimes medical evacuations. I know that I’m not alone, but personally I thought, ‘I’m never going to get over this because that community was so precious to me.’”

Many global workers have been gone so long that the churches that commissioned them to serve now have new pastors and some have even closed. Or they might not be returning to the same location they lived before moving overseas.

“I came back to a subculture of the U.S. that isn’t mine,” said Lesley Smith, who worked at Engineering Ministries International in Latin America before moving to its Springs-based headquarters in 2019. “So I am reverse culture-shocking at the same time that I’m culture-shocking.”

On top of that, some of her perspectives on Christianity have changed. She grew up in a small town in southern Virginia, the granddaughter of tobacco farmers in an area where churches are still voluntarily segregated. People rarely move away. But she did, spending five years in Latin America. There, she was enveloped into a relational culture and a diverse international missions community that opened her eyes to new ways of thinking. She gave birth to her baby there — in the midst of civil unrest. Eight days after he was born, her family had to evacuate to America.

“I think that my ‘call’ was to be willing to not be comfortable and, ultimately, any of the work that I did in Central America, I don’t think was about me just being a saint and doing this amazing work,” she said. “It was about God’s transformation in me as a person. I was very uncomfortable. I wasn’t the majority. I was the outlier. I was visibly different.”

Moving to Colorado during an election season, and trying to find a church and a new community, she feels different on the inside. “I still feel like a fish out of water,” she said.

She’s questioning things that seem quintessentially American but are uncommon in Central America, like wealthy megachurches. And she’s alarmed by the rise of Christian nationalism and the difficulty of talking about justice issues in the church.

Having concerns about the American church is common for returning missionaries, Ingram said.

“We don’t understand where the local church is coming from and it is so easy to be judgmental on our side about how they think and what they’re doing,” Ingram explained. “And the local church has no idea what we’ve experienced.”

Author Janel Breitenstein is grateful for the perspective she’s gained by working with refugees in Uganda.

“When I think of other countries, I think of people’s faces,” she said. “(You see) how the Spirit moves in different cultures.”

Four years ago, after leaving Uganda, her family settled in Woodland Park because they were looking for a small, tight-knit community to continue to raise their kids. But it’s been hard to reconcile the American dream she’s long understood with the suffering she’s seen.

“As I saw refugees and began to teach them, I wondered about the American philosophy of ‘When God is for you, your life is good,’” she said. “Some of those don’t translate into ‘My village was burned, my sister was raped, my brother was shot.’”

Sarah Amador is trying to listen and understand when she sees differences between American perspectives and the Central American culture that was her home for 10 years. But the divisions and politics of the past couple of years have felt “raw and personal” to her. She served in the Peace Corps and then worked in Christian education as a teacher and then as a consultant. In 2018, she left suddenly due to civil unrest.

She moved to Kansas along with her Nicaraguan husband — whom she met and married while living overseas — and their two children. It’s been a challenge for her mixed- culture family. Her husband is considered an immigrant. And her mixed-race children are living in America for the first time. On a national level, the politics around immigration make her feel like an exile.

“My husband has been questioned about his immigration status by strangers and clients alike,” she said. “It feels personal, and I don’t know how to make it not personal.”

On a local level, she’s found a church that has been “very welcoming” toward her family.

“We have accepted that living here brings its own challenges, just as living in Central America has others, and we try to face each one with grace for ourselves and others,” she said.

Many returning missionaries, though, are falling through the cracks in churches. “There’s just so much stress,” Trotter said.

In America, religion and politics have become increasingly intertwined, and, for returning missionaries, they might end up saying something that offends someone during a time when they’re trying to build a new community, said Jonathan Trotter, husband to Elizabeth. He now counsels missionaries online, many of whom are experiencing reentry.

“Before 2015 or 2016, people were stepping back into a relatively stable culture, similar to that which they had come from,” he said. “(Now) we don’t know the landscape of any of the churches. And I don’t know where I stand in relation to anybody else. … Everything has shifted under our feet.”

And for those who are still working for Christian nonprofits, their financial support depends on relationships with American Christians, Jonathan Trotter said. And yet he encourages missionaries and former missionaries to speak pastorally, courageously and wisely into the conversations going on in the church.

Elizabeth Trotter is still waiting to see how she’ll fit into the American church, but she’s hopeful. She calls herself a “global Christian” and yet she wonders how that identity fits into her new Missouri life. But one thing that expats have going for them is that they’ve made major adjustments when moving overseas, have managed to honor differences in cultures and have found community in places that weren’t initially home.

“Every time (a) season ended, God brought me into a different community,” she said. “Each time it was as wonderful and beautiful and close.”

And she is starting to learn how Christians in her new home are caring well for their community and is hopeful she’ll find ways to join them.

“You get identity in community,” she said. “You figure out what you can offer. You work together toward common goals. I believe I’ll get to that place where I say, ‘I belong here.’”