Cassette tapes make their comeback, as seen in the Colorado Springs music scene 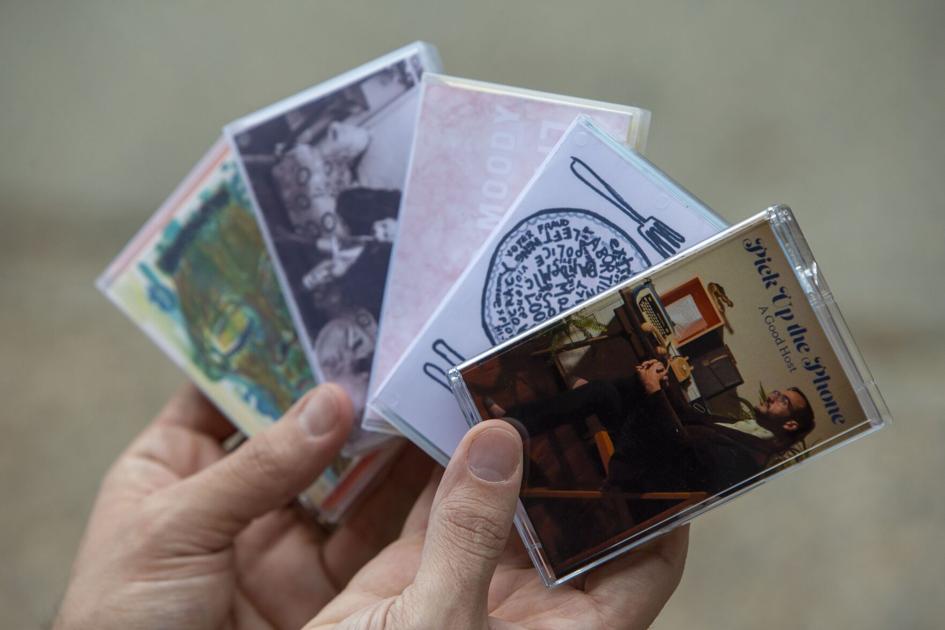 Like what happened with vinyl, the music medium that was nearly obsolete before making an unexpected and triumphant return within the last couple of decades.

Now it’s the humble cassette tape’s turn. In 2020, cassette tapes sales were up 33%, according to Discogs. And sales are up at music stores around Colorado Springs.

But this — the recent popularity of cassette tapes — hits a different note. Because it doesn’t make as much sense as the rise of vinyl, at least according to those in the happening market of selling tapes.

Cassette tapes don’t have what vinyl records have on their side: sound quality.

“Anybody that tells you they sound amazing is full of it,” says Adam Leech, who owns The Leechpit in Old Colorado City.

Geoff Brent, who owns The Black Sheep and is in a popular local band Cheap Perfume, feel similarly.

“Our record label keeps suggesting them to us and I just don’t get it,” he said. “I’m old enough to remember that they’re one of the least functional ways to listen to music.”

Take it, too, from Byran Ostrow, who owns What’s Left Records.

“Personally, I don’t like the sound of tapes that much,” he said. “People who say it sounds good… I don’t find that to be the case.”

Still, cassette tapes are back in full force.

When Leech opened his music and vintage store 18 years ago, Leech had a big supply of tapes mostly just for the fun of it. For the first chunk of years, very few customers asked about, much less, bought any tapes.

“I’ve been hoarding them for 20 years,” Leech said. “I was not expecting it, but hoping they would be popular again.”

Every now and then, someone would come in asking for a cassette tape. Then it wasn’t just every now and then. Leech noticed an uptick after Marvel’s 2017 smash hit, “Guardians of the Galaxy Vol. 2,” which features Chris Pratt’s character using a cassette player.

He saw he could start selling tapes for $5 instead of a quarter or two. Other tapes, which are locked in a glass case, go for $50 or $100.

“It’s growing for sure,” Leech said. “More and more people are asking for tapes, especially younger kids. Everybody’s talking about it.”

A big draw? The cost.

Most new popular albums are available in cassette tapes, from Post Malone to Taylor Swift. Compare a $18 cassette tape to a $30 record.

And it’s a cool thing.

“There’s a nostalgia there,” Leech said. “It’s an ironic nostalgia. Kids are nostalgic for an era they weren’t alive in.”

Leech remembers when cassette tapes were originally the talk of the town. They arrived on the scene back in the 1970s and ’80s and were lauded for the ease of playing them in a stereo, car or Walkman. When CDs came around, they were also portable and sounded better. So cassette tapes were gone.

But the cassette tapes stuck around. And so did the rosy memories.

“Like everybody else, I made mix tapes to try to impress the girls with my musical tastes,” Leech said. “That’s what you did.”

And as new generations do, millennials and members of Gen X have deemed cassette tapes cool.

There’s proof of the trendiness at Urban Outfitters, the retail giant where you can find Britney Spears tapes and cassette players.

But he’ll keep selling vintage tapes with music by Fleetwood Mac or Slayer.

“I’m always a little bit surprised when something comes back,” he said. “But it shows Spotify only goes so far. People would rather play the real thing.”