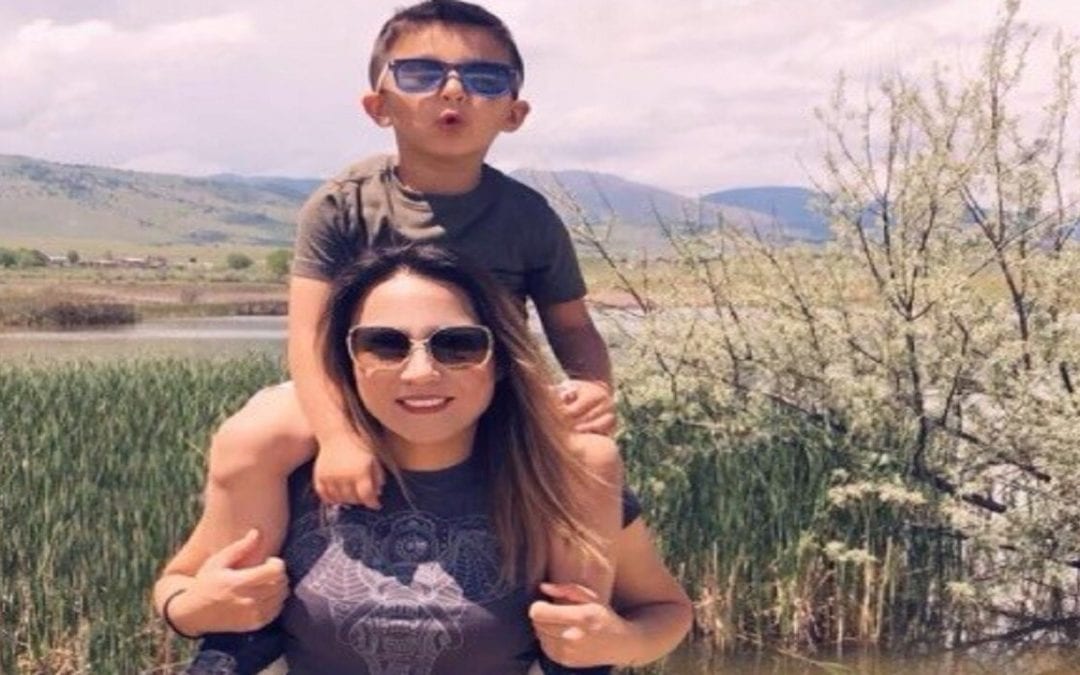 The Denver mother who died after she was shot in the head in a seemingly random attack this week was remembered for her “heart of gold,” and her brother recalled how she previously insisted her family forgo a fancy funeral to ensure as much money as possible could be left to her young son.

Alex Cabriales fought back tears on Wednesday as he remembered his younger sister, Pamela Cabriales, who died days after a 14-year-old boy allegedly shot her on Feb. 20, while officials say her SUV was stopped at a red light. Pamela, who was on her way home from dinner with a friend when she was shot, left behind a 6-year-old son, Leo.

“He was everything to her,” Alex Cabriales told Fox News.

Pamela Cabriales, 32, remained close with her ex-husband, who had custody of their son that Saturday night, Alex recalled. He described how, just recently, in the days since his sister’s passing, her ex-husband showed him a text message from two years ago.

“It said, ‘If I ever die, I don’t want a fancy funeral or anything. Don’t worry about that. I just want, if I leave any money behind, for my son to be taken care of and never have to struggle financially,’” Alex Cabriales recalled.

The 36-year-old said this was “a prime example of who she was.”

“She was so thoughtful. She was always concerned about the other person. She could have nothing. And she was still trying to help the other person,” he continued. “She had a heart of gold.”

Pamela Cabriales was driving her 2008 Land Rover on her way home from dinner with a friend and was stopped at a red light in the area of Colfax Avenue and Interstate 25 in Denver, her brother and officials have said.

The 14-year-old, who was otherwise unidentified because of his young age, and an 18-year-old named Neshan Johnson were in a dark-colored Honda Accord stopped in front of Cabriales’ SUV, officials said. A witness told police the shooter, later identified by investigators as the 14-year-old, got out of the passenger side of Johnson’s vehicle and opened fire, shooting “eight shots through the windshield of my sister’s car,” Alex Cabriales said.

“From what I understand, there was no accident involved. No road rage. It was none of that. They just literally were on a rampage, just causing evil in this world,” he said. “My sister was gone that night. … They had her alive with the machines [and] anything, but they were just keeping her alive.”

After the shooting, the pair fled but was recognized only hours later by a police officer who arrested them followed a brief chase.

Alex Cabriales said his sister didn’t know her attackers and had no ties to them.

Pamela Cabriales died after days on life support, in the presence of family, Alex Cabriales said.

“The last time I spoke to her,” Alex Cabriales said, “she was in her, in the bed that she died. I was on my knees at the edge of her bed. My mom and I were both crying.”

“That’s something that no family should have to go through,” he added, “to be at your sister’s bedside like that and just watch the machine, the heartbeat machine, get flatter and flatter.”

Cabriales told Fox News the young attacker has “a lengthy, lengthy record,” which local news station FOX31 Denver has confirmed through law enforcement sources. The grieving brother said: “This kid should have never been out.”

A district attorney’s office spokesperson did not immediately respond to Fox News’ request seeking confirmation. A spokesperson for the office previously confirmed that authorities are seeking to try him as an adult.

“It’s the criminal history of a 20-year career criminal,” Alex Cabriales previously told the news station. “You know, he’s 14 years old. There is no way this minor should’ve been out. … Now because of the courts not doing their job, my sister had to lose her life.”

A GoFundMe page has been created to benefit Cabriales’ 6-year-old son. The page describes how Cabriales “impacted so many people’s lives with her smile, love and acts of kindness.”