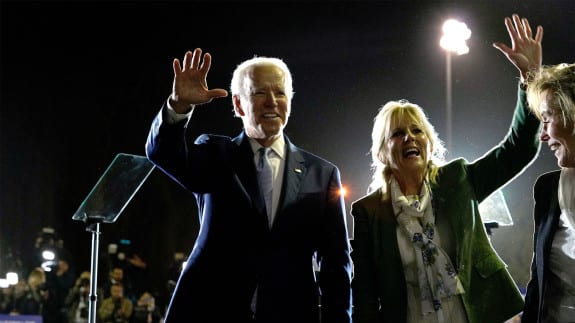 On Super Tuesday, it was better late than never for former Vice President Joe Biden. Late-deciding voters, that is. One consistent trend across the country was that voters who made their minds up in the last few days moved toward Biden, helping him win some states unexpectedly and run up bigger margins in others. Biden’s strength among late-deciding voters was further evidence of his stunning turnaround since the Nevada caucuses — rising from a distant second to Sen. Bernie Sanders and competing with former New York Mayor Michael Bloomberg to the race’s front-runner.

Based on preliminary exit poll data from 10 Super Tuesday states,1 Biden won at least 40 percent of the late-deciding vote in every state except for Sanders’s home state of Vermont. In six states, Biden performed at least 16 percentage points better among late deciders than early deciders. Conversely, Sanders did far worse among late deciders, harming his chances of winning some states.

Minnesota stands out as the state where Biden benefited most from late deciders. The departure of Minnesota Sen. Amy Klobuchar from the presidential race on Monday, along with her endorsement of Biden, helped push enough voters into Biden’s camp for the former vice president to win the state by 9 points — particularly impressive considering Sanders had a 2 in 3 chance of winning Minnesota when Klobuchar left the race, according to our model.

Two other states with big gaps: Massachusetts and Maine. Biden won the former by 7 points, and he leads by a point in the latter, though the race remains too close to call. (Some outlets have called it.) Biden only had about a 1 in 4 shot of winning Maine and a 1 in 5 chance of winning Massachusetts when we froze our forecast the morning of the election, but big margins among late deciders — and a large number of late deciders — put Biden in a strong position in both states.

If we dig a little further into the differences between early and late deciders, Maine, Massachusetts and Minnesota illustrate how one group — white voters — played a key role in Biden’s success. Each state’s electorate was at least 80 percent white. Gary Langer, ABC’s polling guru, reported on election night that, in aggregate data across all states with exit polls,2 Biden won 52 percent of white voters who decided in the last few days compared to just 21 percent among those who picked a candidate earlier. That 31-point margin was the largest among any racial or ethnic group for which we have data.

But white voters weren’t the only group that saw a major gap in late and early deciders. Langer’s election night analysis found that Biden won 38 percent of Hispanic voters who decided late versus just 20 percent of earlier deciders. That kind of margin may have helped make a difference for Biden in Texas, where he won by just 3 points. Hispanic voters made up about one-third of the Texas electorate, and about a quarter of them decided their vote in the last few days. Of those, 34 percent backed Biden, compared to 23 percent of the earlier deciders.

There was less of a gap among black voters, as both early and late deciders were with Biden.

Overall, the last-minute withdrawals by Klobuchar and former South Bend, Indiana, Mayor Pete Buttigieg, along with Democratic leaders’ endorsements of Biden after South Carolina’s primary, may have done just enough to move many uncertain voters toward Biden. If Biden goes on to win the Democratic nomination — no certainty — the frantic couple of days between South Carolina and Super Tuesday will be remembered as an inflection point in the 2020 primary.