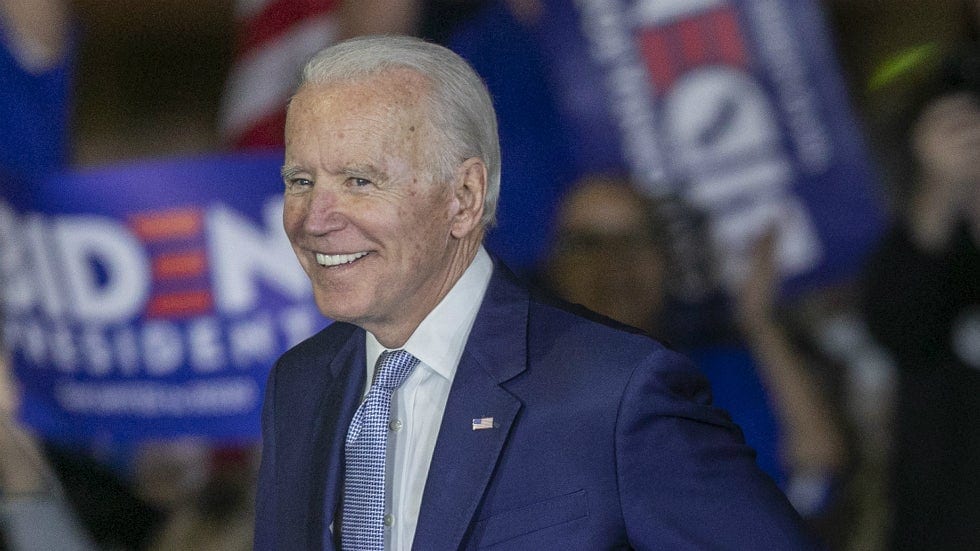 The Associated Press called the race for Biden at 12:57 a.m. CST. He notched several victories on Tuesday, primarily in the South, where strong support from black voters and moderates allowed him to run up the score against his chief rival, Sen. Bernie Sanders

But Sanders scored a major victory of his own in California, the most delegate-rich state of the campaign, as well as in Colorado, Utah and his home state of Vermont. Those wins are expected to award him more delegates than any other candidate, though it will not give him the kind of insurmountable delegate lead that he hoped for and that his opponents had feared.

For Bloomberg, who appeared on primary ballots for the first time on Tuesday, the results of nominating contests were just as disappointing. He spent hundreds of millions of dollars on advertising and organizing operations across the Super Tuesday map in hopes of capitalizing on moderate unease with Biden.

That theory did not materialize on Tuesday, however, and a source close to his campaign said that he would begin to reassess his presidential bid.

The Super Tuesday results suggest that the Democratic nominating contest has become a two-person race between Biden and Sanders, drastically different candidates who represent opposing factions of the Democratic coalition. Biden is a moderate promising a continuation of the policy agenda of former President Barack Obama

Barack Hussein ObamaPro-Trump group refuses to pull ad featuring Obama despite cease-and-desist letter We should now consider candidates’ governing qualities 5 takeaways from the South Carolina primary , while Sanders is a self-described democratic socialist intent on bringing about radical change in government and industry.

Biden’s victories on Tuesday began in Virginia, where he was projected the winner almost as soon as polls closed. That was followed by wins in a handful of southern states, including North Carolina and Alabama, where he was able to build on the momentum he gained after a decisive victory in the South Carolina primary last week.

He won a major victory in South Carolina, the first presidential primary win of his political career, on Saturday. And in the days that followed, two of his top rivals in the primary field’s moderate lane, former South Bend, Ind., Mayor Pete Buttigieg

Sanders, who emerged as the nominal front-runner in the race after a top finish in Iowa and back-to-back victories in the New Hampshire primary and Nevada causes, is still very much in contention. His win in California on Tuesday will give him the largest single delegate haul to date.