Attorney for protester asks for judge to throw out case because of alleged misconduct by Salt Lake County D.A. 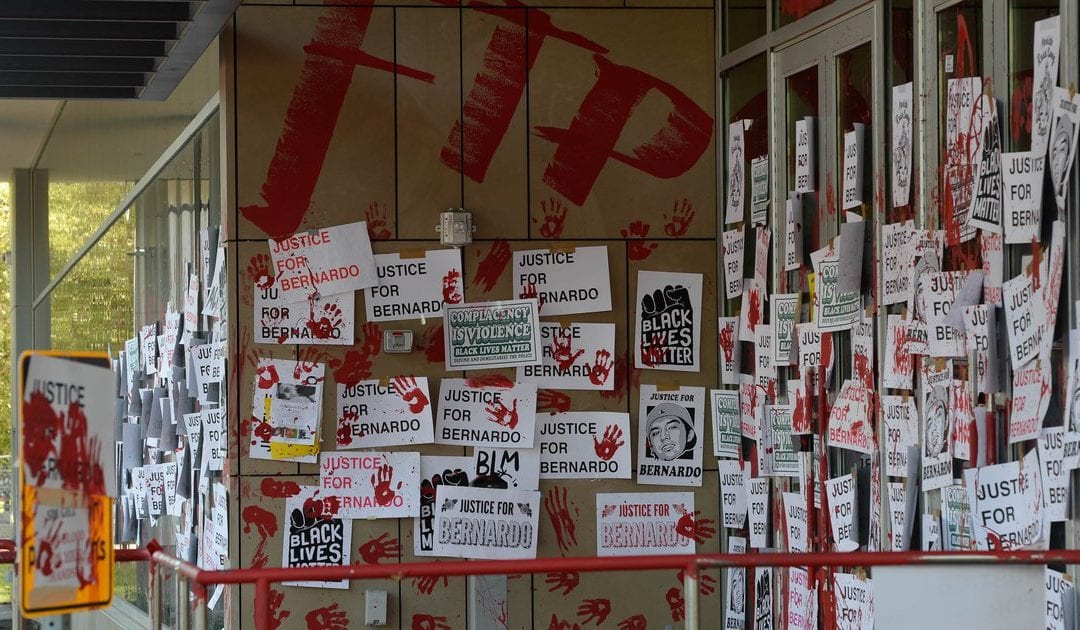 An attorney for a protester charged with helping spread red paint during a demonstration at the Salt Lake County District Attorney’s office is asking the judge to throw out the case because of “multiple acts of misconduct” by the office’s top prosecutor.

The motion, filed Monday in 3rd District Court, argues Salt Lake County District Attorney Sim Gill knew his office was a victim of the crimes alleged during the July 9 protest and still filed charges against demonstrators, including using a gang enhancement to raise some offenses to first-degree felonies that could result in a life in prison, if convicted.

Demonstrators came together that evening after Gill’s office declined to file charges against the officers who shot and killed 22-year-old Bernardo Palacios-Carbajal. They spilled paint on the road and the district attorney’s office building and some broke windows.

“Based on the actions of District Attorney Sim Gill, there is substantial cause to dismiss the case against the defendant with prejudice. He did not eschew improper tactics — he engaged in them,” wrote Nix.

Nix represent Viviane Turman, who was charged with a count of criminal mischief, a third-degree felony, after Salt Lake City police officers spotted her leaving the protest with red paint on her “forearms, hands, and pants,” the motion states. The officer asked for Turman’s name and she gave it and was allowed to leave.

Gill said Tuesday that his office acted appropriately in charging eight protesters before appointing Nolan to take over because of a the apparent conflict of interest.

“We had our normal process in place. We exercised that. We conflicted it out appropriately out of an abundance of caution,” Gill said.

He declined to comment further, saying it was Nolan’s case and he had complete independence from the district attorney’s office.

One of Nolan’s first public acts as prosecutors of the case was to amend the charges, cutting decades from the potential sentences if protesters were convicted.

Nolan, on Tuesday, declined to comment on the motion to dismiss. He has until Nov. 6 to respond to the motion.

Brent Huff, who is representing Madison Alleman, said he had already been offered a plea deal in the case but wants to see how Judge Richard Mrazik rules on the motion to dismiss before choosing how to proceed with the case.

Nix said other attorneys of protesters are waiting too.

“If I win the motion, it really has implications for everyone,” Nix said. “My argument, if it’s true for my client, it has to true for everyone else.”