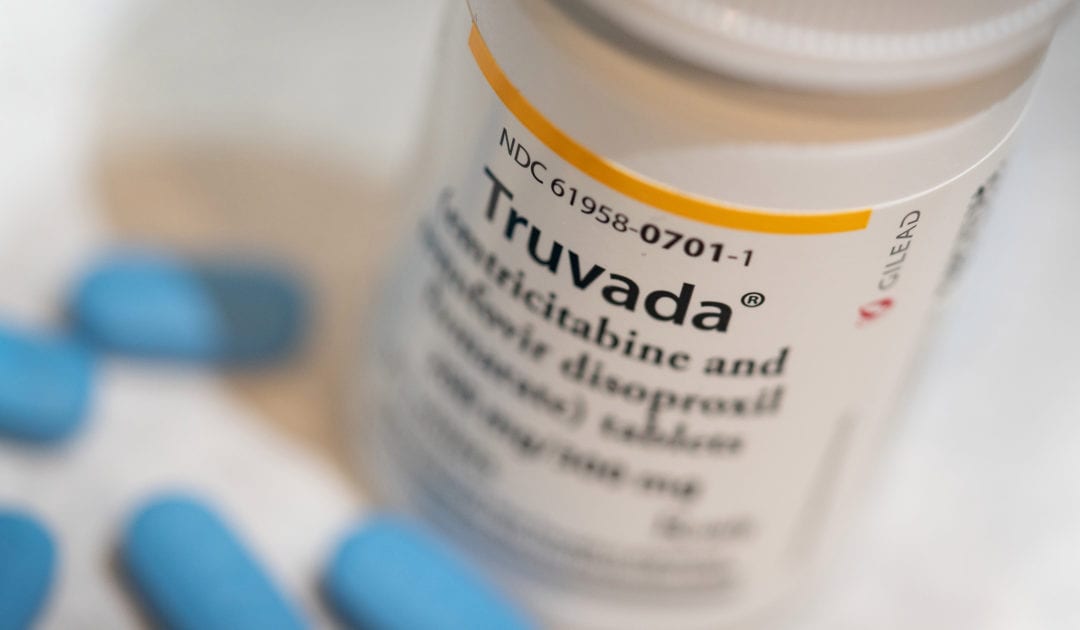 Colorado this month became one of the first states in the nation to let pharmacists prescribe HIV prevention drugs, part of a public health effort to curb rising infection rates nearly a decade after breakthroughs in medicine that can stop HIV’s spread.

Starting this week, pharmacies can begin offering the daily preventative pill or an emergency version that works only if taken within 72 hours of an exposure to the virus.

The goal is to provide greater access to the medication by allowing people who are at risk of HIV to simply walk into a pharmacy and get the medication after a short consultation with a trained pharmacist.

While wide swaths of rural Colorado might have just two or three primary care doctors, they typically have about a dozen pharmacies. And 90% of people live within five miles of a pharmacy, according to the Colorado Pharmacists Society.

Besides broader access, the new prescription protocol aims to remove stigma, allowing those concerned about contracting the sexually transmitted virus to avoid going to an HIV clinic or talking to a doctor about details of their sex life.

“Everybody visits a pharmacy for one reason or another,” said Dan Scales, who for years owned an independent pharmacy in Denver. “Buying a bottle of Tylenol. Buying condoms. There is no stigma attached to those doors.”

Scales, who this year moved his pharmacy into a Vivent Health clinic in Denver that specializes in HIV care, was among the pharmacists who pushed for a new law during this year’s legislative session.

Colorado changed state law in 2016 to allow pharmacists to prescribe medications through “statewide protocols,” meaning that a team of experts establishes a training program for pharmacists who want to participate and the rules are cleared by the state health department.

The state began with birth control pills and patches, which are now available from about 800 pharmacists across the state. Colorado was only the third state to let pharmacists prescribe birth control, behind California and Oregon. Then last year, Colorado pharmacists began prescribing smoking cessation medication.

Public health officials could have relied solely on the 2016 law to set up a protocol for HIV prevention prescriptions, but this year’s legislation went a step further and allowed pharmacists to collect reimbursement from insurance companies for providing the consultation to patients. The HIV protocol has received approval from the Colorado medical, nursing and pharmacy boards, as well as the Colorado Department of Public Health and Environment.

LGBTQ group asked for the protocol

The latest protocol was initiated by One Colorado, an LGBTQ advocacy and policy organization, after the group found that 42% of LGBTQ people who responded to its health survey in 2018 said they were concerned that their health care provider was not supportive of gay or transgender people. The percentage hadn’t budged from a survey seven years earlier, in 2011.

Meanwhile, new diagnoses of HIV infections in Colorado have been rising for the past few years. The state saw a 12.4% spike from 2018 to 2019, when there were more than 450 new diagnosed infections, according to data from the Colorado Department of Public Health and Environment. The numbers are down in 2020, but state health officials are uncertain what extent the coronavirus pandemic impacted HIV testing or infection rates.

Talking to a doctor about exposure to HIV is a “deeply personal” conversation, and one that’s even more difficult when the patient has known the doctor for many years but never discussed their sexuaity, said Michael Crews, policy director for One Colorado. “We were trying to think in the space of, ‘How can we make these medications more accessible?’” he said. “This is our best fight right now.”

Relationships with pharmacists are more casual, and the new protocol allows LGBTQ folks to “go and get these medicines and just move on with their lives,” Crews said. “There are people that identify as part of the LGBTQ community that could have the same primary care doctor for decades and never tell them how they identify.”

Awkward conversations aside, there’s a practical reason for pharmacies to prescribe the medications, particularly PEP, or post-exposure prophylaxis, which has a short window of 72 hours from exposure in order to prevent HIV infection.

“If it’s late Saturday night or early Sunday morning, the pharmacy could be open,” Crews said. “Waiting until Monday or Tuesday to see your primary care doctor or to find that HIV clinic, that could be detrimental.”

The University of Colorado Skaggs School of Pharmacy developed an online training class that is required for pharmacists who want to start prescribing the HIV drugs. A key part of the training focuses on patient counseling about an uncomfortable topic, teaching pharmacists to ask about sexual partners, sexual practices and drug use.

The class went live Nov. 1. Pharmacists legally could start prescribing the HIV drugs Saturday, but it’s likely to take several weeks or months before many pharmacies have completed the training and made staffing plans to prescribe the medications, said Emily Zadvorny, executive director of the Colorado Pharmacists Society.

Patients seeking the prescription should expect a short consultation, about 15 to 20 minutes, in which the pharmacist will ask about other medications, a health history and injection drug use. Patients must have a negative HIV test, which they can take at the pharmacy, in order to receive pre-exposure prophylaxis, or PrEP, which is a once-daily pill that prevents HIV infection.

The daily PrEP, which is sold under the brand name Truvada, has been shown to reduce the risk of contracting HIV from sex by 99%. The post-exposure medication, which is two pills per day for one month, is about 80% effective, according to studies.

So far, several pharmacists have taken the training on their own, but public health officials are hopeful that the chain pharmacies — including King Soopers and Safeway — will schedule trainings for their staff, said Jodie Malhotra, director of practitioner and international development at the CU pharmacy school.

Pharmacists also will refer people to a primary care doctor in their community if they don’t have one, but it’s not required that they go.

“These are people who don’t have HIV. They are trying to prevent that,” Zadvorny said. “When you can walk into your pharmacy, nobody knows why you are in there or what you are doing.”

The new state protocol will increase access, but it does little to break down another barrier to the medication — the price.

Truvada costs more than $1,500 per month out of pocket, and a generic version is only 10%-20% less. Private insurance companies and Medicaid cover the drugs, and for those who are uninsured, pharmacies can sell them at a discount of about $500-$600 per month, Malhotra said.

At some clinics throughout Colorado, state and federal grant programs cover the drugs for uninsured people.

A handful of other states, including California and Oregon, have passed similar laws that are in various stages of taking effect.