As Colorado loosens stay-at-home restrictions, some businesses biding their time with safety in mind – Longmont Times-Call 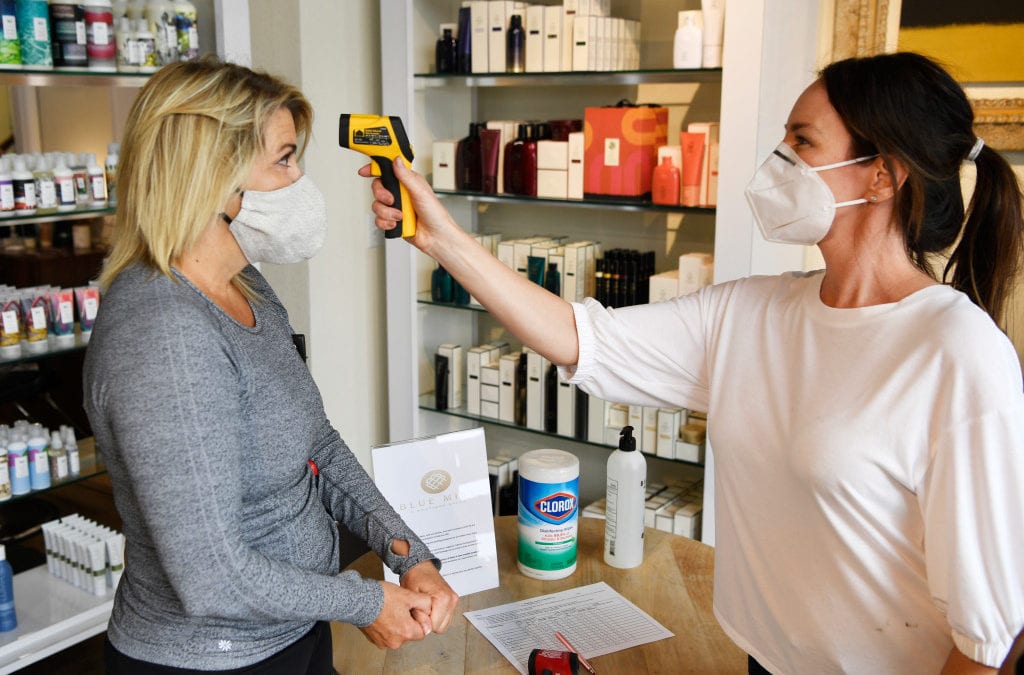 Gov. Jared Polis’ “safer-at-home” phase of response to the COVID-19 involves the limited reopening of some Colorado businesses and therefore more people leaving their homes.

Many in Colorado and across the nation have visibly demonstrated their desire to get back to work or reopen their small businesses as shutdowns related to the novel coronavirus have worn on from later March into early May.

But those people are not in the majority, according to public polling. A survey of more than 7,900 U.S. adults conducted by the Gallup Panel between April 20-26 found that 36% of people said that if there were no government restrictions on their movements they would still not resume going about their normal activities until there was a significant decline in new cases of COVID-19 reported in their state. Another 31% said they would not get back to their normal routine until there were no new cases reported. That compares to 21% of people who said they were ready to get back to normal “right now.” Twelve percent of those surveyed said they don’t intend to resume normal activities until a COVID-19 vaccine is developed.

The juxtaposition of the state’s plans for a gradual reopening of the economy and the reality that many people don’t feel safe outside their homes has been put some business owners in a bind in Colorado. Do they take it slow or reopen as quickly as possible in hopes of stemming the tide of financial and job losses driven by the public health crisis?

Dental offices were part of a state pubic health order last week allowing them, medical offices and veterinary centers to resume providing elective procedures. In the case of dentistry, that includes cleanings, teeth whitenings and all other types of care that don’t rise to emergency levels. The Colorado Department of Public Health and Environment specifically exempted that order from local variances, meaning it is not subject to extended stay-at-home orders put in place by counties.

Even so, Kari Brennan, a registered dental hygienist and the owner/operator of White River Dental Hygiene in Meeker, was unsure Friday afternoon if she would reopen her business on Tuesday as planned. Her hesitation comes despite Meeker being in Rio Blanco County, a jurisdiction that to date has had just one confirmed case of COVID-19 and zero deaths.

The issue, Brennan said, is a lack of clarity in the state rules around performing work that generates aerosols, or droplets in the air likely to contain patients’ saliva. In dental care, where the water jet-producing air-water syringe is a key tool and even something as simple of putting a piece of X-ray film in someone’s mouth could cause them to gag and cough, aerosols are part of the trade.

“Everything I do is within 16 to 12 inches of somebody’s face and their saliva,” Brennan said, noting that dental hygienists have been deemed the professional most at risk of contracting the novel coronavirus.

Despite having enough personal protective equipment on hand to fulfill state guidelines for reopening, Brennan said she is leaning toward holding off on opening until she gets more clarity around the aerosol issue. The Centers for Disease Control and Prevention is still recommending that all elective dental procedures be postponed amid the crisis and the state’s public health orders says, “Non-emergent, aerosol-generating procedures should not be performed.”

Patients with tentative appointments have been understanding, Brennan said.

“And as a business owner and hygienist, I feel in one way I’m lucky because I get to choose what to do and keep myself and my patients safe,” Brennan said.

On the other side of the Continental Divide, in Westminster, Bradburn Village Dentistry is also asking its 2,500 or so patients to sit tight for the time being. The practice, owned by Dr. Eric Winter, will not reopen until May 11 at the earliest. That’s a timeline that extends past even Adams County’s extended stay-at-home order that, for now, ends May 8.

“I know a lot of business owners and dental owners are little frustrated because they have been without work for the last six weeks but really, as health care workers, we have an obligation not just to our patients but the community at large,” Dr. Brian Oliveira, the practice’s associate dentist, said, noting the office first shut down on March 16, before any public health order to do so.

The delayed reopening not only gives the practice sufficient time to accumulate enough gowns, face shields and other PPE but also to better establish health screening measures and other steps designed to make visiting the office as safe as possible. Oliveira has been listening to webinars and gathering as much information as he can from the CDC and national and local dentistry trade groups about safety protocols. Plans include delaying elective treatment for patients that are over 65 or have underlying health issues and letting exam rooms sit vacant for an extended period after each patient leaves so aerosols settle, in accordance with the state’s health order.

“Teledentistry is going to be utilized more in the coming months, basically screening patients before they ever get to the office,” Oliveira said. “We want to be open, we want to see our patients, but we realize that a lot of our treatment is elective for the most part and we realize that (PPE) materials should be funneled to hospitals first and foremost.”

Becky Comstedt is a hygienist with Bradburn Village Dentistry and the president of the Colorado Dental Hygienists Association. She has heard about how a rush to reopen has resulted in shortcuts being taken in some places, including practices buying ponchos for their workers instead of medical gowns.

“I am kind of excited to go back to work, but I also trust my doctor and know that he won’t ask me to do anything crazy,” Comstedt said Friday. “If I was going back this week I would probably have anxiety.”

As Colorado businesses and their counterparts across the nation do slowly reopen, trust between employees and employers is going to be a key to success, according to Ann Skeet, senior director of the leadership ethics at the Markkula Center for Applied Ethics at Santa Clara University in California.

“I think right now justice, you know, treating people fairly, thinking about who is bearing the risk, doing things in a humane way, caring for one another, those are really important values,” Skeet said in an online panel discussion Wednesday, “and I see those guiding us.”

Denver restaurants were among the first businesses to be shut down by conronavirus health orders, and it’s likely they will be among the last allowed to reopen. Offering meals for delivery and carryout are options many have taken to, but Paul Reilly, proprietor and executive chef of Denver restaurants Beast + Bottle, Coperta and Pizzeria Coperta, said it was concern for his employees’ health that led he and his partners to shut down entirely.

“We did feel like we needed to take care of our team first and foremost rather than continuing service,” Reilly said.

When it comes to reopening, whenever that is, there will be a mountain of financial concerns to sift through, but the well-being of guests and workers will again be central to any decision.

“We think it’s the best interest of our team and of our guests to remain closed until we get better answers from our elected officials on what the new hospitality is going to look like,” Reilly said.