Amid coronavirus supplies shortage, Utah is now telling most patients not to seek testing 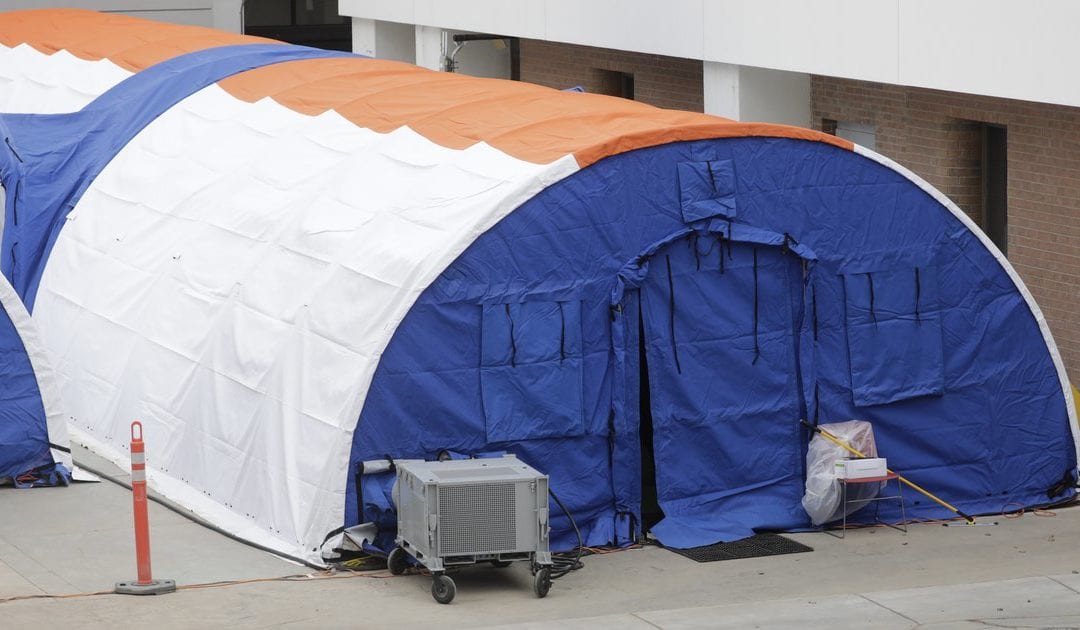 In a news conference last month, not long after the first U.S. coronavirus case was reported, the director of Utah’s health department was optimistic that infections in the state could be isolated.

“We know that these measures taken — isolation of people who are ill, and quarantining those who have been exposed before they become ill so you can prevent their spreading — this is effective,” Joseph Miner said in early February.

But those measures depend heavily on testing. Amid a shortage of coronavirus testing supplies, Utah health officials are now telling patients not to seek testing unless they are so sick they require extra medical care.

“We … would like the ability of testing statewide for whomever is showing symptoms, but that’s just not the case right now,” state epidemiologist Angela Dunn said in a news briefing Tuesday. “Testing and identifying those who have COVID-19 is an essential piece in slowing the pandemic. Unfortunately we are faced with infrastructure and logistical challenges that prevent us from being able to test everybody. … We have limited supplies to run the test and we have limited personal protective equipment for providers.

“There’s not a win in that situation,” Dunn added. “It’s just what we have to do.”

A shortage of chemical reagents and protective gear has hobbled testing nationwide and caused health officials in Utah to shift their control efforts toward broad, compulsory social distancing measures, like closing schools and restaurants.

Dunn acknowledged that the number of confirmed Utah cases — 51 as of Tuesday — does not accurately reflect the number of people infected in Utah. But she said the data still is helpful to identify places where spread may be particularly rampant and “where we should really protect our high-risk populations, such as the elderly or those in long-term care facilities.”

“The data does guide our interventions,” Dunn said. “However, we do know that more testing would allow us to have better data to more effectively target those interventions. In the absence of that data, we are working on distancing measures.”

Although the state is still using tests to guide quarantine orders for some patients and the people they may have exposed, Dunn said more testing resources earlier could have helped the state limit or avoid some of the most disruptive closures.

“The benefit of community-wide surveillance is you can identify early where the hot spots are, and then do those closures in that community and surrounding community, versus having to do that statewide,” she said. “You’re able to really get an early sense of where the virus is at.”

In South Korea, for instance, 274,000 people have been tested and infections have declined despite most of the social distancing measures being voluntary there.

Nearly 900 people in Utah had been tested for coronavirus as of Tuesday, Dunn said — more than 100 more since Monday.

(About 27,000 patients had been tested by public laboratories in the United States, the U.S. Centers for Disease Control and Prevention reported — though that figure does not include tests completed at private labs.)

Of the 51 confirmed Utah cases, 41 are residents and 10 were visiting from out of state when they were diagnosed.

In deciding who to test, health officials are no longer focusing on people who have taken recent trips to areas with widespread infection, Dunn said, because COVID-19 is now so widespread that the criteria includes more people than the state can test.

Instead, the focus of testing has moved toward preserving health care resources: Patients with severe symptoms get priority, not because a diagnosis affects how doctors treat their respiratory symptoms, but because those are the patients who will have contact with health care providers.

That allows doctors and nurses to use appropriate protective gear to avoid getting infected and removed from the workforce right as the number of patients are likely to surge, Dunn said.

Focusing tests on the very ill allows hospitals to selectively use their dwindling inventories of protective gear — which also must be used when providers swab patients for coronavirus tests.

The state Bureau of Emergency Medical services noticed the shortage of protective equipment — masks, gloves and gowns — in February as the state prepared for a possible outbreak, Dunn said. But those have been in short supply nationwide, and Utah health care providers are vying with others across the country to obtain them.

Also in short supply are the chemical reagents needed to test for coronavirus. This has slowed not only the state lab, but also its partners in the private sector.

ARUP Laboratories in Salt Lake City announced Tuesday it was no longer accepting orders for coronavirus tests from out-of-state clients due to a limited supply of testing materials.

“We have the expertise, staff, and instrumentation to perform high-volume testing,” CEO Sherrie Perkins said in a prepared statement. “But when demand exceeds our ability to deliver timely results, it’s in patients’ best interest for clients to send tests to laboratories with sufficient supplies to deliver fast turnaround times.”

Private lab capacity was touted by both state officials and the Trump administration as a possible solution to the lag in testing availability for COVID-19 in the U.S. But ARUP executives say they were beset by the same supply shortages that have hampered testing in public labs.

ARUP will continue to do tests for Utah health care systems while it works with its suppliers to obtain what it needs to scale up testing, “particularly test reagents,” according to the statement.

“We have the supplies that we need to support the state of Utah, but it’s a fluid situation,” Brian Jackson, a medical director for ARUP, said in an interview. “Day by day, we keep getting more information about when we’ll get supplies for the tests.”

Meanwhile a Utah manufacturer of molecular diagnostics has developed a test for coronavirus, with the capacity to produce 50,000 tests a day. Co-Diagnostics, in Salt Lake City, already sells the tests in other countries after receiving approval from the European Union — and spokesman Andrew Benson said the company has adequate supplies to keep making them.

“We’ve not experienced those shortages that others are dealing with,” Benson said.

But approval from the U.S. Food and Drug Administration is still pending. Regulatory changes on Monday removed some of the steps and should hasten the process, Benson said. He would not specify when Co-Diagnostics expected to be able to sell its tests in the United States, saying only: “Shortly.”

For now, Dunn said, Utah is well-positioned to reap the benefits of the expansive state and local social distancing efforts that have left Utah families hunkered down at home — if people can just manage to stay there.

“We are relatively low and early in the curve of our epidemic in Utah right now,” Dunn said. “We’re in a great point … to implement these strong social distancing measures.”

About 5.5% of patients who have been tested in Utah were diagnosed with coronavirus — a lower number than those tested in states with widespread infection, Dunn said.

Among Tuesday’s 10 newly reported cases was the first case in the Bear River region of northern Utah.

The Bear River Health Department reported that the patient there is hospitalized, and the patient’s family has been asked to self-quarantine for 14 days. Health officials believe the patient was exposed to someone in Salt Lake County, whose illness was already known to officials.

Four of the new cases are from Salt Lake County. Two are from Summit County, one is from Wasatch County and two are from the Weber-Morgan Health District.

Models conducted by the Centers for Disease Control and Prevention show that without social distancing and other preventive measures, as much as 50% of the country could contract COVID-19, Dunn said. That’s why the Utah Department of Health and health officials everywhere are stressing such measures as social distancing, hand hygiene and staying at home.

UDOH officials are in contact with their counterparts in states that had outbreaks earlier, Dunn said. “We’re learning from our colleagues in Washington, California and New York about what didn’t work there,” she said.