Air Force Academy Eases Up On Isolation Measures After Suicides 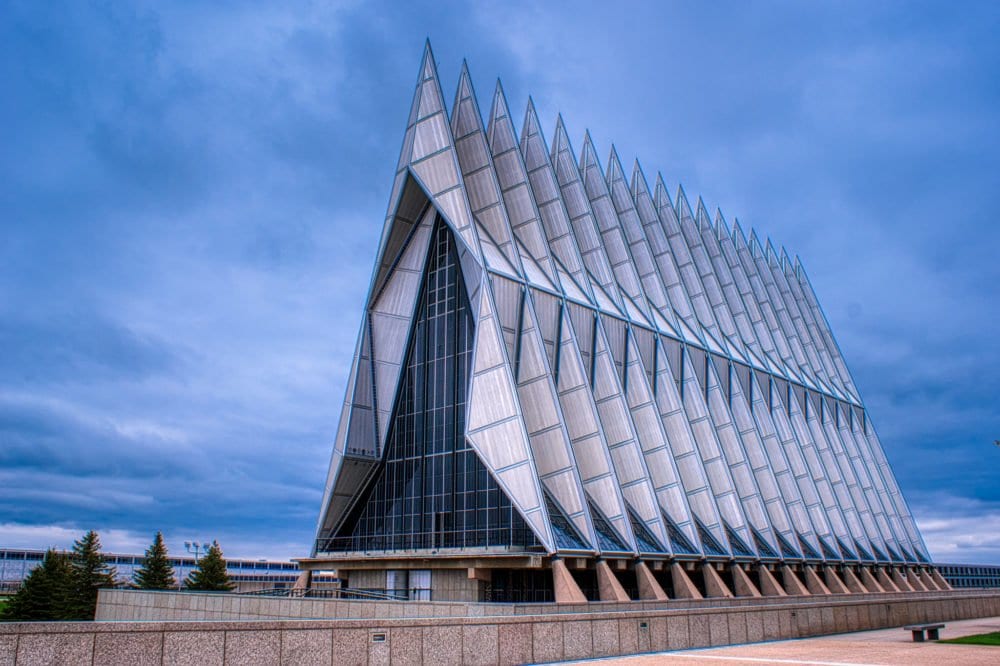 The Air Force Academy is easing up on social distancing restrictions following two suicides that occurred less than a week after the measures were implemented to prevent the spread of the Wuhan coronavirus, The Colorado Springs Gazette reported on Tuesday.

In the wake of the ongoing pandemic, the academy had sent freshman, sophomores, and juniors home but kept nearly 1,000 seniors on campus in an effort to push the students to graduation with just a few weeks left in the school year. The remaining students were separated across vacated dorm rooms with strict rules to keep the virus from rapidly spreading among the graduating class.

Seniors were isolated to their rooms, living on take-out food from the dining hall while going to classes online. The cadets were ordered to stay away from each other and barred from leaving campus or hosting guests in the first campus lockdown since 9/11.

According to documents reviewed by the Gazette, the academy received a plethora of complaints that the tight restrictions were making the school “prison-like” for the students left on campus.

Following a pair of suicides on Thursday and Saturday just days after measures were cast into effect, the academy is now loosening restrictions to allow cadets off campus for drive-thru food. The students may also enjoy casual Fridays in civilian clothing and may socialize in small groups that comply with state social distancing guidelines, according to the Gazette. Students will also no longer be punished for violating the social distancing measures with marching practice.

In an email sent to students Monday night, the school’s superintendent Lt. Gen. Jay Silveria also announced that alcohol would be allowed back on campus but remain prohibited in cars and dorms. In addition, Silveria encouraged staff to bring dogs to campus.

“Dogs are mission-essential and are allowed any time,” Silveria wrote.

The reduction in social distancing rules as the Wuhan coronavirus continues its rapid nationwide spread comes days after suicide hotlines across the country have reported a surge in calls amid the crisis.

Economic self-destruction through social distancing mandates coupled with the increased isolation itself have begun to exacerbate an already ongoing epidemic in suicide. According to the American Foundation for Suicide Prevention, suicide is the 10th leading cause of death in the United States with more than 48,000 lives lost in 2018 and 1.4 million attempts in the same year.

In Knox County, Tennessee last week, more people in the community died from suicide than the virus killed in the entire state.

Allysen Efferson, a therapist in east Tennessee, told The Federalist that the relationship between suicide and financial hardship is a well-established link and that policymakers should be factoring in the current epidemic over suicide when crafting measures to combat the Wuhan virus.

“At the end of it all, what would be a real devastation to me is that we didn’t even consider that this would have an impact on individuals who may take their lives,” Efferson said of the government-sponsored shut-downs pursued by states and cities across the country.

The recent suicides in Tennessee prompted Knoxville Mayor Glenn Jacobs to openly question whether government mandated shut-downs are the correct answer in response to the virus.

“Makes me wonder if what we are doing now is the correct approach,” Jacobs said. “We have to determine how we can respond to COVID-19 in a way that keeps our economy intact, keeps people employed and empowers them with a feeling of hope and optimism – not desperation and despair.”

President Donald Trump acknowledged the problem last week, explaining that many will fall victim to the pandemic without ever even contracting the virus because suicides spike in an economic crisis.

“You’re going to have suicides by the thousands,” Trump said in a Fox News town hall while discussing the need to reopen the country relatively soon.

Efferson noted that the constant bombardment of doomsday predictions and uncertainty in the media have only deepened the suicide crisis by feeding more panic into an already anxious society.

Efferson stressed that those struggling should know they’re not alone and urged people to check in with loved ones.

“It is never wrong to ask somebody if they’re considering [suicide],” Efferson said. “If you even get a hint that someone is entertaining the idea, ask them.”