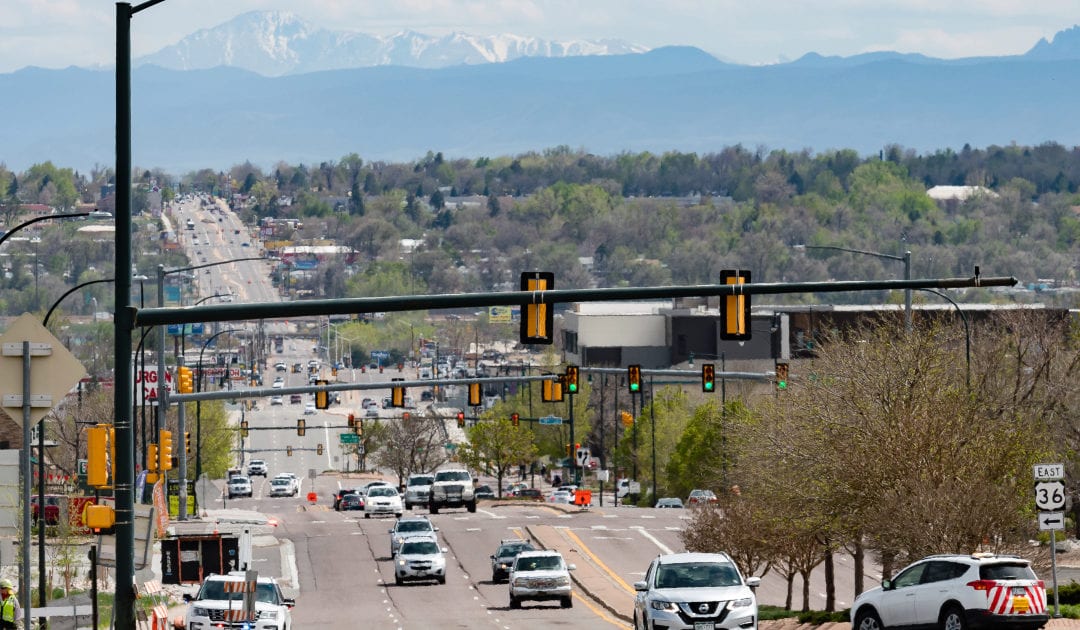 How  does a state go about curbing greenhouse gases? There is no one answer just as the sources of the heat trapping gases vary. In Colorado oil and gas operations and coal-fired power plants are major emitters.

Not so in Maine where hydropower supplies a big chunk of electricity  and the widespread use of home heating oil is a significant source. In New Jersey  emissions from ports and harbors are a source Colorado does not have to worry about.

So while sources of greenhouse gases vary,  so has the way states have attacked them. In New Jersey and Oregon the governors — Kate Brown and Phil Murphy —  have been highly visible and leading the charge. In Colorado, which passed strong legislation in House Bill 1261, the task has been left to the bureaucracy and the Air Quality Control Commission.

New York and Maine created cross-agency commissions to develop plans, while Colorado stuck with the existing structure and the AQCC, although the House Bill 1261 does call for collaboration among state agencies and departments.

Here are how some states that took action in the same timeframe as Colorado, are going about it, and a look at California, which has the most comprehensive program in the county.

California’s climate initiatives began in 2006 with the Global Warming Solutions Act, which set a goal of a 15% reduction in greenhouse gas emissions from 1990 levels by 2020. The law made the California Air Resources Board (CARB) the lead agency in developing rules and policies.

Since then the state has adopted at least 16 pieces of climate legislation bolstering the initial law and setting goals for programs such as clean electricity (60% renewable electricity by 2030, 100% from carbon-free sources by 2050) and  decarbonizing transportation.

“We have a good working relationship across the three agencies,” said Rajinder Sahota, the CARB division chief for industrial strategies. “We don’t have any turf issues because it is clear CARB is at the table.”

In developing its scoping plan, CARB simply adds in the initiatives and greenhouse gas reductions of other agencies.

“It means that the air resources board doesn’t have to do everything at once and can focus on a couple of big programs,” said Ethan Elkind, director of climate programs at the University of California, Berkeley law school. “It is a little bit like a football team where you have a quarterback directing a lot of different actions.”

The centerpiece of the California plan is an emissions cap-and-trade program, which puts a limit on total emissions from about 450 businesses that are responsible for a majority of the state’s greenhouse gas emissions. Each year CARB holds an auction for emission allowances under the cap.

The program does three things: it sets a price for pollution, it raises money for the state’s Greenhouse Gas Reduction Fund, and it serves as a policy tool. In 2019, the auction raised $740 million for the fund. So far this year, the auction has raised about $500 million.

Sahota said that sometimes allowances may be given to utilities to keep customer rates low or to help key industries from leaving the state. The money raised is used to reduce greenhouse gas emissions and to help the most vulnerable communities.

A cap-and-trade system, however can be vulnerable to manipulation, according to a ProPublica  analysis of the California program

New Jersey passed a Global Warming Response Act in 2007, but the program languished under former Gov. Chris Christie, a Republican who also took the state out of the Regional Greenhouse Gas Initiative (RGGI), an interstate power plant emissions cap-and-trade program.

Gov. Phil Murphy, a Democrat, took office in 2018 and returned the state to RGGI. He also issued an executive order for the state’s utility commission to develop a plan to transition to 100% clean electricity by 2050.

In January 2020 the clean energy plan was finalized, and Murphy issued a second executive order to the New Jersey Department of Environmental Protection to upgrade existing regulations and add new ones to cut greenhouse gas emissions.

The executive order gave the environmental protection commissioner 30 days to issue a list of existing regulations that would upgrade to “integrate climate change considerations.”

“Since Gov. Murphy has been in office, we’ve gotten back into high gear on climate,” said Paul Baldauf, assistant commissioner for air quality, energy and sustainability in the environmental protection office.

Eleven stakeholder meetings are scheduled this month for groups working on issues such as reducing emissions from stationary sources, ocean-going vessels and harbor craft, cargo handling, as well as promoting clean trucks and vehicle fleets.

Transportation accounts for 41% of New Jersey emissions and that has been the focus of most of the initiatives and investments, Baldauf said.

The law created the 39-member Maine Climate Action Council to produce a four-year action plan for the governor and the legislature – due Dec. 1 – recommending executive actions, legislation and potential public-private partnerships.

Transportation is Maine’s primary source of greenhouse gas emissions, almost all coal- and oil-burning power plants have been shuttered, but residential emissions are also a troubling source.

“We have the oldest housing stock in the country, are the oldest state [by average age], and are most reliant on heating oil,” said Hannah Pingree, director of the governor’s office of policy innovation and co-chair of the climate council.

“Weatherizing homes is important and costly. It’s a slog,” Pingree said. “Weatherizing old farmhouses in Maine is no joke.”

Efforts to pass climate legislation were stymied twice by Republican lawmakers who left the state rather than vote, denying the State Senate a quorum. After the last episode, in January, Gov. Kate Brown issued a sweeping executive order on climate change on March 10.

By May 15, a dozen state agencies had submitted reports to the governor on actions they would take under their statutory authority to reduce greenhouse gas emissions.

The Oregon Department of Energy was given until this September to establish energy efficiency standards for electrical appliances and the Department of Environmental Quality was ordered to tighten the state’s clean fuels standard. The rule is slated to be completed next March.

The Department of Environmental Quality also was charged with creating a program to cap emissions from three of the largest sources: transportation fuels, natural gas and large industrial polluters. The department has a Jan. 1, 2022, deadline to adopt the program.

“A ton of work has already been done on the part of the agencies responsible,” said Nora Apter, climate program director for the Oregon Environmental Council. “A lot of it was informed by the multi-year legislative conversation. … The idea was that all these initiatives will build to meet the goals.”

A coalition of business and trade groups have sued the governor saying she overstepped her authority and that a climate plan should have come from the legislature. “These are the same people who fought to block climate legislation,” Apter said.

New York adopted the Climate Leadership and Protection Act in July 2019 with the aim of cutting greenhouse gas emissions 85% from 1990 levels by 2050 with the remaining 15% offset by planting forests and capturing carbon emissions for storage. There is an interim target of a 40% reduction in 2030.

The law created a 22-member Climate Action Council which was given a year to set the emissions reductions needed to meet the targets and another year to come up with a plan to get those cuts.

The council includes the heads of key agencies including the departments of environmental conservation, labor, transportation, health, agriculture, as well as the state power authority and economic development agency.

“We are bringing together the agencies that need to hash out the plan,” said Peter Iwanowicz, executive director of Environmental Advocates NY and a public member of the council.

The council is required to form expert advisory panels to make recommendations on a range of issues including transportation, land-use, power generation, agriculture and energy intensive industries. “This will become the all-hands-on-deck moment for all state agencies, Iwanowicz said.

One of the first exercises will be a series of public meetings to gather input from across New York.

“We have 22 million people in the state,” Iwanowicz said. “They are going to be shifted to something completely differently. You need broad public buy-in, you need time to think it through, talk it through and get support.”