A Colorado Town Shut Down the 1918 Flu. It’s Stepping Up Again. 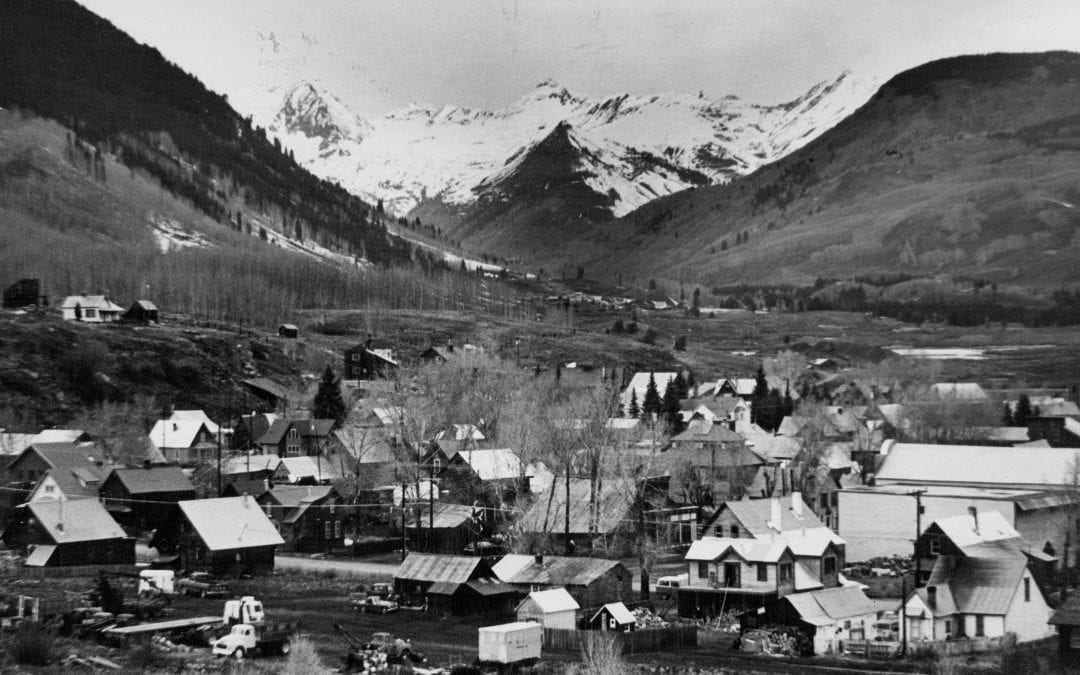 In March, as spring-break travel and the coronavirus outbreak were simultaneously ramping up across the United States, thousands of visitors flocked to mountain towns across the West. As a result, rural areas like Sun Valley, Idaho; Park City, Utah; and Crested Butte, Colorado, soon became early COVID-19 hot spots. By the end of that month, 17,000-person Gunnison County, home to Crested Butte Mountain Resort, had the highest coronavirus infection rate per capita in the state and the sixth highest in the nation.

But unlike many early rural hot spots that shakily weighed difficult decisions between a few positive coronavirus cases and spring-break income, residents in Gunnison Valley—a string of small communities nestled between the Elk, West Elk, and Sawatch Ranges in west-central Colorado—knew exactly what to do. Despite a lack of guidance from state and federal governments, a sparsity of data, and insufficient testing, county officials swiftly imposed some of the strictest public-health measures in the nation, banning short-term rentals, closing nonessential businesses, prohibiting visitors by law, and cutting off public-land access to nonresidents. Anyone caught breaking the rules was subject to up to 18 months imprisonment or a $5,000 fine. Many locals attribute the fast action to the community’s collective memory of another deadly pandemic.

In the fall of 1918, the Spanish flu was spreading through Colorado faster than wildfire. The virus killed up to 10 percent of the population in many cities in the state and eventually took the lives of nearly 100 million people worldwide.

But Gunnison Valley managed to almost completely elude the deadliest pandemic in recent history by mandating what the dubbed at the time a “quarantine against all the world.”

Before the valley had even a single case of the Spanish flu, the board of health closed all schools and churches and barred gatherings of more than four people. Barricades and fences went up on the main highways. Lanterns and signs warned motorists to drive straight through, and train passengers who stepped foot onto the platform were forced to quarantine for up to five days or risk jail time.

When Colorado leadership succumbed to political pressures to reopen businesses less than two months after the initial lockdown, causing a major spike in illnesses and deaths, Gunnison remained quarantined for four months. As a result, it saw only a few deaths, while nearly 8,000 died elsewhere across the state.

Fast-forward 101 springs. On March 12, the county confirmed three positive coronavirus cases. Within the week, hundreds of valley residents reported that they had symptoms. Large signs along Highway 135 read “Crested Butte Is Closed” and “No Tourist Gunnison COVID-19.” Notices posted on the doors of the Gunnison airport read: “Visitors to Gunnison County are directed to return home immediately.”

By the time Colorado governor Jared Polis issued a statewide stay-at-home order two weeks later, on March 25, his regulations almost matched Gunnison’s restrictions. Joni Reynolds, Gunnison County’s health and human services director, says state and other county officials have been reaching out to them for guidance.

“Gunnison’s response to the Spanish flu has been infamous throughout my career in public health,” says Reynolds. “It helped remind me of the rugged community, the communal spirit, and the expectations that we will pull together to navigate this event.”

On April 3, as wealthy urbanites across the country were fleeing to second homes, Gunnison took the even bolder step of barring the county’s second homeowners from traveling to their properties. Non-full-time residents were required to return to primary residences elsewhere.

“There are approximately 4,000 second-home units in the valley,” says Gunnison County public-information officer Andrew Sandstrom, “and if each became occupied with two people, it would add 50 percent to the county’s current population.”(County officials have made some exceptions for non-primary residents who were already present before the pandemic began.)

“Every hunk of bread means something to us,” says CJ Malcolm, chief of emergency services at Gunnison Valley Hospital. The county has a seasonal economy, and many local businesses make most of their money for the year during a few key months, March being one of them.

Despite the tough restrictions, Malcolm says that “there’s been very little grumbling” and that “the support, even from small businesses, is unbelievable.” He moved to the valley almost five years ago and is still struck by the community’s connective tissue.

Local businesses have been offering free lunches to EMS providers, first responders, and the emergency-operation center. A rum distillery adapted its operation to make sanitizing products. Almost 600 people have volunteered to take phone calls, monitor patients, and deliver food and medicine. Residents and frequent visitors alike are supporting businesses online by buying gift certificates and donating to the “CB Tip Jar,” which has raised almost $50,000 for restaurant service workers.

Walking through the streets of Crested Butte and Gunnison, people stand awkwardly far from each other while chatting near the post office. Parents on bikes tow their kids on sleds through slushy snow. In the middle of Elk Avenue, Crested Butte’s main street, which would normally be crowded with cars and people, a woman throws a Frisbee to her dog. A couple of blocks down, two men play hockey from opposite sides of the street. The marquee at the closed movie theater reads “You Are Essential.”

While Gunnison Valley has remained fairly tame, tensions between locals and part-timers are being exacerbated. Some full-time residents with out-of-town license plates have been verbally harassed by people who think they’re visitors. Others have reported their neighbors to the police if they suspect they’re breaking public-health orders. So far the cops have given warnings but no citations.

While some second homeowners are empathetic to the plight of their small mountain getaway, others find it an overreach and a breach of property rights. One anonymous second homeowner told the editor of the Crested Butte News that he “will sue and never come back.”

Ken Paxton, the Texas attorney general, recently sent a letter to the Gunnison Department of Health and Human Services, stating, “The banishment of nonresident Texas homeowners is entirely unconstitutional and unacceptable…. We would appreciate confirmation that you will modify your order to protect the rights of non-resident homeowners.”

Gunnison County’s Reynolds believes the public-health orders are working and that the community has done a good job managing and limiting the spread of the coronavirus—numbers of COVID-19 patients being admitted to the hospital are leveling off, and the number of people reporting symptoms has sharply declined. As of April 27, there were 105 confirmed cases, 1,260 people who had reported themselves as symptomatic, and 32 hospitalizations.

“For a community like ours, it reinforces the idea of, when there is an all-hands-on-deck moment, you show up and you take care of things because your community needs you to, not necessarily because it only impacts you personally,” says Gunnison County commissioner Jonathan Houck.

But Reynolds warns that it’s not over yet. She says the county is most likely on a “narrow plateau” and that stricter public-health orders must be maintained to ensure that the county doesn’t see another surge in cases.

Gunnison Valley has never been an easy place to live. Its lowest elevation is 7,700 feet. It’s consistently one of the coldest places in the nation. Its economy has always reckoned with uncontrollable factors, like harsh winters lasting up to eight months.

Bound by topography and forged by cold, residents embody different types of grit. Commissioner Houck believes that community members will continue to do what is needed to avoid a resurgence of cases, even if restrictions remain in effect longer than other places. “We did it in 1918,” he says, “and from the ground up, folks here are able to say, ‘Yeah, this is who we are.’”

You are now subscribed to Dispatch

We will not share your email with anyone for any reason.

Our most compelling adventure reporting. Sign up for Dispatch, in your inbox twice a week.