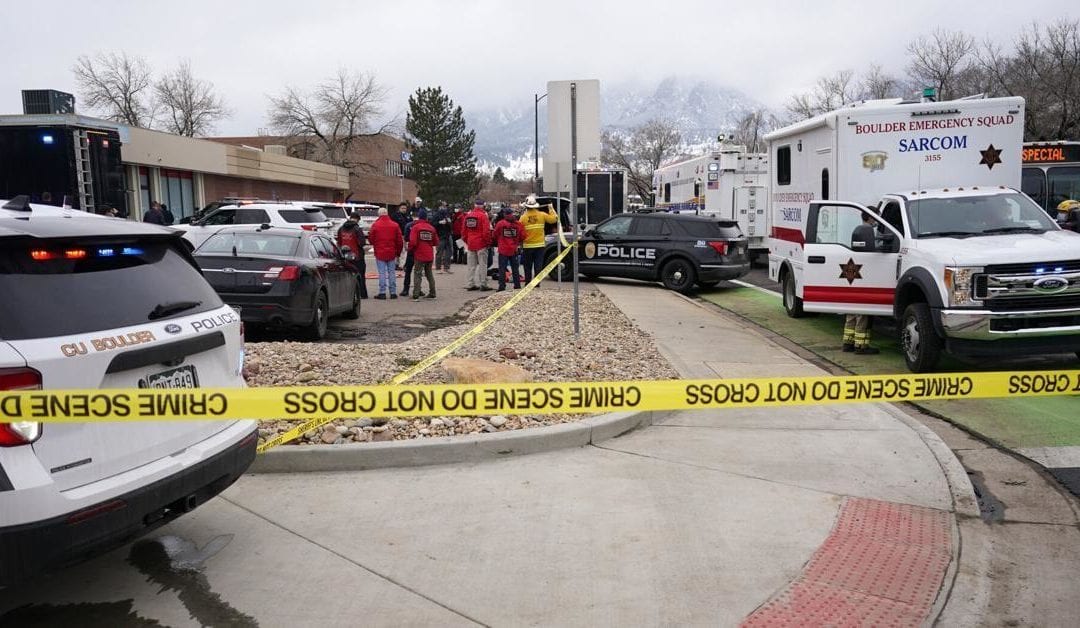 On the afternoon of Monday, March 22, a shooting took place at a King Soopers grocery store in Boulder, Colorado.

Here’s what is known about the shooting thus far:

1. The shooting was first reported on the Boulder Police Department Twitter page at 2:49 PM.

2. Live video from the scene was streamed on YouTube, capturing gunshots and multiple people that appeared to be victims of the shooter on the ground, both in the store and in the parking lot.

3. According to a report from the Wall Street Journal, at least six people have been reported deceased.

4. One law enforcement officer was killed and two others were wounded, according to a report from Fox21.

5. According to the Boulder Police Department Twitter feed, Boulder police responded to the report of an “armed, dangerous individual” at about 5 PM. A shelter-in-place was requested near 17th Street and Grove Street while police conducted an investigation. Details about whether or not this was related to the King Soopers shooting were not released.

6. As live coverage emerged on social media, Colorado Emergency Management warned the public about sharing details about police movement in real time and the Boulder Police Department issued a statement about misinformation being spread.

7. The King Soopers where the shooting occurred is located at 3600 Table Mesa Drive. It is one of three King Soopers in the Boulder Area, with the other two located on 30th Street and Lookout Road. The Table Mesa King Soopers is about two miles south of the University of Colorado campus.

8. A person was taken away from the scene in handcuffs. They were partially clothed. It is unclear if they were a suspect in the case.

Editor’s Note: New information is being added as this story continues to develop.

9. Nighttime classes have been canceled at the nearby University of Colorado campus as the investigation continues.

He was on his way to pick up coffee at the King Soopers in Boulder on Table Mesa Dr. when he saw a terrible sight after shots were fired.
updates @KDVR #Bouldershooting pic.twitter.com/g9hEE7AQFM