7 states have an assault weapons ban. Colorado is not among them — at least not yet. 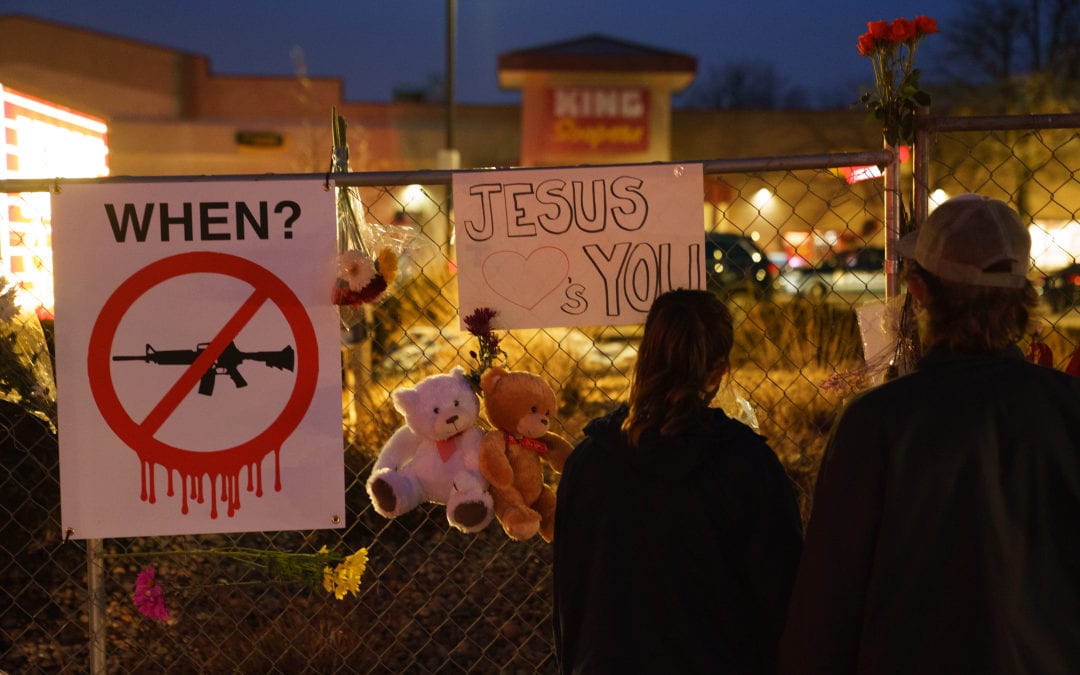 The massacre Monday at a King Soopers in Boulder has renewed state and national conversations about gun-control policies, particularly around potential legislation banning assault weapons.

It appears highly unlikely, however, that Democrats in Congress will have enough votes to pass bill prohibiting assault weapons, even if it has the support of President Joe Biden.

That once again punts the issue back to states, of which seven and the District of Columbia have some form of an assault-weapons ban. Colorado is not one of them — at least not yet.

Already lawmakers at the state Capitol are having preliminary conversations about if and how to move forward with such a bill. It’s unclear if there’s enough political will and time left in the 2021 lawmaking term to get the complicated policy done.

“That’s something folks are discussing,” Senate Majority Leader Steve Fenberg, a Boulder Democrat whose district includes the King Soopers that was attacked this week, said on Wednesday. “I can’t say definitively where this is going to go. It’s been 48 hours.”

In the past, Democrats in the Colorado legislature have said they are waiting for Congress to pass an assault-weapons ban. But the Boulder shooting and the political realities in Washington may force them to rethink that position.

It’s unknown if the alleged gunman in the King Soopers attack used a firearm that would be considered an assault weapon. When he was captured, police found a rifle that was a “possible AR-15” and a semi-automatic handgun, though they didn’t elaborate on exactly what kind of firearms they were and which had been fired.

Six days before the shooting he purchased a Ruger AR-556, a gun similar to an AR-15 and which likely would have been prohibited under an assault-weapons ban.

The states that have assault-weapons bans define assault weapons by both specific make and model as well as certain technical, complicated characteristics.

California, for instance, bans a semiautomatic centerfire rifle with a detachable ammunition magazine if it has a pistol grip that protrudes conspicuously beneath the action of the weapon, a thumbhole stock or a folding or telescoping stock. Connecticut’s definition of an assault weapon includes a semiautomatic shotgun that can accept a detachable magazine.

(A semiautomatic gun is one in which the trigger must be pulled each time a bullet is fired. Automatic weapons, in which users only have to hold down the trigger to continuously fire, are generally only legal in the U.S. if they were manufactured before 1986, though they are relatively rare and neither cheap nor easy to purchase.)

All of the states with assault-weapons bans and the District of Columbia, however, allow people to keep guns that they purchased before the ban took place and may now be classified as an assault weapon. Some require those legacy weapons to be registered and some prohibit their transfer.

Opponents of assault weapons generally see bans as an infringement on their Second Amendment rights. But, more specifically, they say assault-weapons bans are arbitrarily defined and, as a result, policies prohibiting them are overly broad.

“Semi-automatic rifles like the AR-15 are the most popular rifles in the United States for home protection and defensive skills-based firearm training and marksmanship competitions,” the National Rifle Association’s Institute for Legislative Action says. “And they’re increasingly popular among hunters.”

“Over the last ten years, the Colorado legislature has enacted numerous gun-control measures, none of which have done anything to stop deranged murderers from claiming innocent lives,” the group’s executive director, Taylor Roads, said in a written statement Tuesday.

Another argument against assault-weapons bans on the state level is that they are easy to skirt. People who want to violate the ban only have to drive to another state to purchase a banned gun.

“Without a comprehensive federal system, we have a patchwork of state laws,” said Allison Anderman, senior counsel at the Giffords Law Center to Prevent Gun Violence. “Guns can flow easily from one state to another — from one state with weak laws to a state with strong laws.”

“If state legislators want to make it more difficult for people in their state to get their hands on weapons of war that kill many, many people in a matter of seconds, they need to act,” she said. “I think it’s a bit of a cop out to punt this to federal legislators, especially when it’s pretty clear that that is going to be an uphill battle.”

Fenberg agrees that just because an assault-weapons ban may not be a perfect solution it doesn’t mean state lawmakers shouldn’t try.

“Just because a single solution isn’t out there, doesn’t mean we shouldn’t consider things that could make people safer,” he said.

Are there enough votes in the Democratically controlled Colorado legislature to pass an assault-weapons ban? “I don’t know yet, honestly,” he said.

Fenberg is also working on potential legislation that would allow cities and counties to enact an assault-weapons ban and other gun restrictions that go beyond the state’s laws.

Boulder’s city council had such a ban until 10 days before the shooting on Monday when it was struck down by a judge who said it violated a Colorado law that prohibits local officials from enacting their own firearm regulations.

It appears the Boulder law, had it been in place, wouldn’t have stopped the shooting. The alleged gunman lived in Arvada, where there is no assault-weapons ban.

“I was looking into it before this shooting happened because of the court ruling. It wasn’t anything that seemed urgent,” Fenberg said. “It’s still a work in progress. It’s not for sure. I want to make sure we’re not doing something hastily and (that) has unintended consequences.”

One concern is that if Colorado changes the law prohibiting local officials from enacting their own firearm regulations, some communities could pass policies that circumvent the state’s existing gun laws as opposed to bolstering them.

(The question over whether Boulder’s ban is illegal could find its way to the Colorado Supreme Court.)

Already this year Democrats at the state legislature are slated to pass bills requiring guns to be stored with a trigger lock or in a gun safe and mandating that gun owners report a lost or stolen firearm to police. Those policies are mainly aimed at reducing suicide deaths and have faced stiff Republican opposition.

A third bill that’s expected to be introduced in the coming weeks would enact a mandatory waiting period between when someone buys a gun and when they can access it.

Ten states and the District of Columbia have waiting periods ranging from three to 14 days. The Colorado proposal was initially five days, though that’s not been finalized.

“We’re still considering what the best policy for Colorado would look like, and we are working with stakeholders to ensure we have the right solution,” said Rep. Steven Woodrow, a Denver Democrat who is working on the bill. “Our priority is to save lives and stop preventable gun deaths.”

Colorado already has among the nation’s most progressive gun laws. Background checks are required for every gun purchase and transfer, and ammunition magazines are limited to 15 rounds. Those changes were passed in 2013 after the 2012 Aurora theater shooting.

In 2019, Colorado lawmakers passed a “red flag” law that allows judges to order the temporary seizure of firearms from a person considered a significant risk to themselves or others at the behest of law enforcement and family members and others close to the person.

The suspect pleaded guilty to a misdemeanor assault that happened when he was in high school but otherwise had no criminal record. His family members, however, told CNN he may have suffered from mental illness and was paranoid.

Two days before the shooting, according to court documents, a woman who lived with the suspect in Arvada and identified herself as his sister-in-law saw him “playing with a gun she thought looked like a ‘machine gun.’”