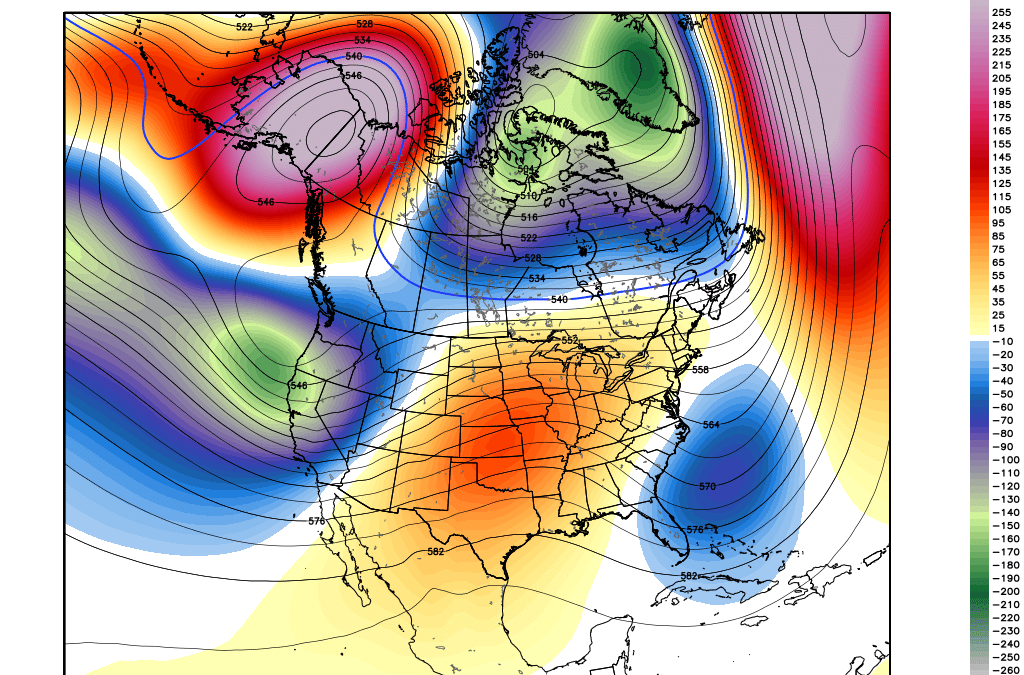 Utah overperformed on Sunday with up to 16 inches falling at Snowbasin (7 overnight Saturday and 9 during the day). Respectable totals were found from Powder to Park City (5-10) and a bit more in the Cottonwoods (12 inches for BCC and LCC). Colorado scored a wide area of 2-5 inches last night favoring resorts around Aspen. Ski Cooper near Leadville reported 7 inches. Westerly winds often even things out, however, Brighton got the early jump on the lead with 7 inches at 5 AM due to SW winds initially. The next 5-7 days will offer several chases, but the details are still unclear on who gets the deepest snow. The Sierra and most of the northern Rockies are favored.

Light snow will be falling in the Sierra pushing north into the Cascades Monday night and Tuesday (3-6 for the Tahoe basin, 1-3 for the Cascades).  The midweek models continue to pump the heaviest moisture into the Sierra on Tuesday night and Wednesday.  Winds will be strong during this period so expect possible lift closures. One change to my original forecast is that there appears better consensus that the southern and northern areas will end up with similar snow totals (2 feet for Mammoth and the general Tahoe Basin above 7,000 feet).  Due to the warm air initially, Tuesday and early Wednesday (Turning colder throughout the day and into Thursday) 6-10 inch totals will be found at the bases.  Lake level snow will happen at some point late Wednesday into Thursday morning.

Moisture streams north into the PNW early this week even ramping things up for the interior of BC (They have not seen snow in a while).  Chases mid to late week aside from the Sierra may include the northern Sawtooths (May end up being too far north of Sun Valley), southern Montana (Strong contender) and perhaps the Tetons (Moderate snow likely).    The models are not doing a good job of between the GFS and EURO on timing.  The GFS brings moderate snow into these areas as early as Thursday morning where the Euro holds things out to Thursday PM into Friday.  The GFS is pretty bullish for 8-13 inches of snow favoring Wyoming and Montana where the Euro pushes less snow into Wyoming with moderate amounts in Montana (5-10).  My confidence in Sun Valley is less than it was yesterday with models pushing decent snow totals into the backcountry areas near Galena Summit or into Stanley.  I am going to side with the Euro on the slower timing of moisture for the Rockies and slightly lower amounts.

The Wasatch sits on the southern branch of the jet stream and will see moisture increase Wednesday night into Thursday.  Currently, the amounts don’t look all that impressive to me.  I believe 3-7 inches is an early guess above 8000 feet with lower amounts at some base areas.  Snow showers may continue into Thursday night.

Colorado is in the extended range.

Snow will be winding down in the northern areas of Wyoming, Utah, and Montana on Friday.  Colorado will be the focus for increasing snow showers Friday into Saturday. Winds start out blowing from the NW which can do well for Steamboat, Vail, Breckenridge, and even Aspen (Friday).  It’s likely that light to moderate amounts fallby late Friday.  Late Friday into Saturday may see a better focus for some upslope conditions favoring resorts closer to the Divide for some continued snow showers into Saturday morning.  Due to very warm temps, this week and much cooler temps for Friday/Saturday don’t be surprised to find a good ice or crust layer, especially on south-facing slopes.  It may be one of those storms to stick to the new snow on a previously groomed run from Thursday night.

Below: Sharply colder temps for Colorado late Friday to Saturday (Very warm midweek well above freezing at the summits).  Temps are in Celsius for 9800 feet for Friday morning.

Does grooming operations ever consider powder when venturing out?If I ran a ski area, I would groom early if a storm was coming in late at night.  If it was dumpingwhen the lifts closed no grooming, or perhaps 1 strip for those that can’t ski powder (They are not reading my post).  Or, even better yet why not groom 1 day before the storm hits (Kill the bumps – but you bump skiers will hate me).  Or simply, don’t groom!  On spring days like these (Warm to cold) that groomed run will be your best friend.

High pressure takes hold after this storm cycle for much of the west.  The ensembles bring a return of moisture to the west at some point around April 2nd.

PLEASE DONATE  ON THE CONCIERGE TAB TO SUPPORT OUR FORECASTS.  THE CONCIERGE PROGRAM IS ANOTHER OPTION WITH NEW SIGN UPS GOOD FOR NEXT SEASON (MID LEVEL OR ABOVE).

If you are interested in an end of season promo, take a look at the Snoshark (Best tool for getting snow off you’re car fast when chasing pow).   They currently have a sale going on $59 lowered to $39.  With the powderchasers PROMO CODE built into this link.  https://snoshark.com/discount/PCSPRING