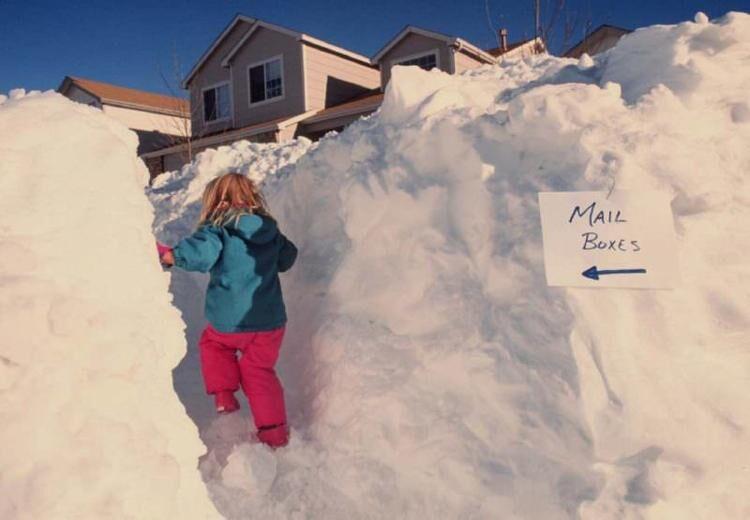 With the expected start of a major snowstorm just hours away, many Coloradans should prepare for the likelihood of being stuck at home over the weekend.

“I do not exaggerate but I am prone to excitement. And I am excited,” wrote meteorologist Joel Gratz of mountain forecasting service OpenSnow, as the storm with historic potential approaches.

Gratz has held on to his prediction of 30 to 60 inches east of the continental divide from Friday through Monday morning, though this higher accumulation prediction is now focused in the area along or north of I-70. He’s calling for Eldora Mountain Resort to get 53 inches of snow over the next five days and Rocky Mountain National Park to get 49 inches, with most mountains expected to see at least 10 to 40 inches (See mapping, resort-specific predictions, and more from OpenSnow.com here).

That doesn’t mean that big totals won’t land elsewhere. While the most up-to-date map from the National Weather Service shows that the heaviest totals have shifted north compared to forecasts of previous days, more than a foot of snow is still on the radar for most of the state’s mountainous terrain, with high-end predictions showing even greater totals. This heavy snowfall will also take place in several major cities.

The map below shows the current expected snowfall, according to the National Weather Service. Keep in mind that totals will likely be greater than visible numbers in surrounding areas with a higher elevation. One key thing to note is how Colorado Springs is now expected to see lower totals than what was previously anticipated, while Denver will likely see more snow.

This next map, also from the National Weather Service, shows high end predictions. As seen by the shaded purple, totals in the 60 to 72-inch range are possible. This map also shows the potential for heavier widespread snowfall along a larger stretch of the I-25 corridor, including more snowfall between Colorado Springs and Denver – something that will likely increase the risk of travel between these two metros. The high-end map also shows a potential for more than 30 inches of snow in the Denver metro area, something that would rival a ‘historic’ March 2003 blizzard that dropped 31.8 inches in the Mile High City from March 17 to 19 – the second largest dump to ever hit the area.

Due to this significant incoming snowstorm, multiple agencies have discouraged weekend travel around the state.

The Colorado Department of Transportation has instructed those headed to the state’s many ski resorts to plan for a Friday arrival and a possible Monday departure. Road closures are likely and plows will be pulled to specific high-traffic areas, leaving many secondary routes unplowed for the brunt of the snowfall.

The Colorado Department of Transportation has listed the following roads as problem areas, though it’s important to note that travel concerns extend to other roads in the area of these major routes:

1. I-25 from Colorado Springs to Wyoming, including Denver and Monument Hill

2. I-70 from the Continental Divide (Eisenhower Tunnel) to Kansas

3. I-76 from the Front Range to Nebraska

This is a weekend where staying at home is likely the best and safest option for many on Colorado’s Front Range. That being said, travelers should plan ahead by packing their vehicles with safety essentials like food, water, and extra blankets to use in the case of stranding.

This forecast will likely solidify within the next 24 hours. Stay up-to-date with the most recent forecast on the National Weather Service website and on OpenSnow.com. Expect travel alerts to be posted to the Colorado Department of Transportation website.