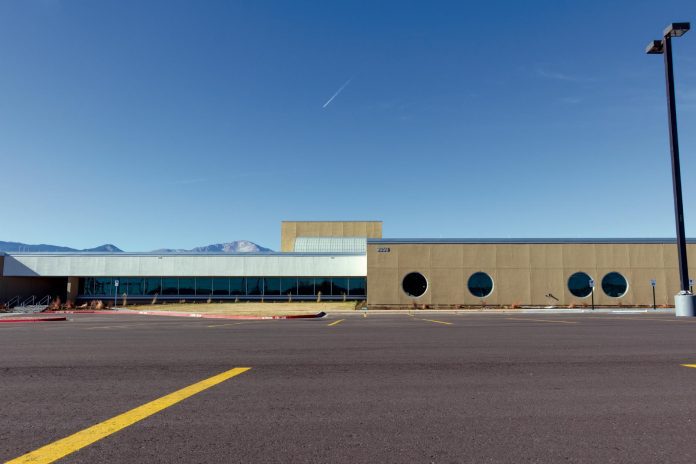 The sprawling facility that houses the National Cybersecurity Center, Space ISAC and Exponential Impact is set for a huge injection of cash and a 40,000-square-foot buildout, thanks to a U.S. Economic Development Administration grant of almost $3 million.

UCCS and the NCC developed the proposal together (with UCCS as the lead) in December, and U.S. Secretary of Commerce Wilbur Ross announced the $2.75 million grant today.

“The EDA grant, to be located in a Tax Cuts and Jobs Act Opportunity Zone, will be matched with $2.75 million in local funds and is expected to create 360 jobs and attract more than $9.3 million in private investment,” the U.S. Department of Commerce announcement said.

The planned expansion at the North Nevada Avenue cybersecurity building includes offices and classrooms, along with a Cyber Vulnerability Lab and a Watch Center that will be part of the Space Information Sharing and Analysis Center.

Space ISAC, the nation’s only space-dedicated information sharing and analysis center, is based at the NCC.

NCC CEO Vance Brown said the matching $2.75 million has already been committed, and the total $5.2 million injection “puts a stake in the ground” for Colorado Springs’ cyber reputation.

“For Colorado Springs, the cybersecurity ecosystem has now grown,” he added. “We had a dream of UCCS and industry, government, education being all together in a common building.

“For UCCS to actually be able to have some of their faculty there in the building doing classes — think of the collaboration and serendipitous communication going on, and now having the space to do more intentional things. With that momentum, I think we’re over that tipping point of that building being a true cyber center.”

“Wow, to have those caliber of companies participating in a watch center and vulnerability lab right there in that building in Colorado Springs — they’ll have representatives here as part of that — this changes things, absolutely,” Brown said. “This establishes a permanent home for the activities that we’re doing as far as Space ISAC.”

Brown said the expansion will be a major boost to cybersecurity collaboration in Colorado Springs.

“Think about it: We’ve got Ph.D. cyber professionals hanging out with the NCC and all the intern programs we’re doing — and our accelerator/incubator,” he said. “There’ll be more and more intentional things that we’ll do now that we have space to do them in, but even the serendipitous communication now can be exponential in terms of ideas and collaboration. Having people there now together is very exciting.

“The whole dream is of having an ecosystem — of UCCS representing education, NCC representing that public-private thing that we do, Exponential Impact with innovative technologies coming into the area,” he said. “All of us will be able to do more classroom training, education, workforce development in that classroom and office space — that is a huge addition.”