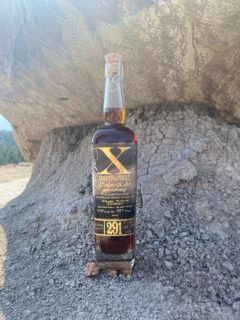 Colorado Springs, Colo. – Ten years ago, following the events of 9/11, Michael Myers made a life changing career decision – he left his role as a NYC-based fashion photographer to become the owner and founding distiller of 291 Colorado Whiskey in Colorado Springs.  A decade later that decision has resulted in more than 150 awards for 291 whiskeys including “World’s Best Rye Whiskey” and “World’s Best Wheat Whiskey” from the World Whiskies Awards and multiple Liquid Gold designations from Jim Murray’s Whisky Bible.

“What started as a need for a fresh start led to one of the fastest growing whiskey brands to come out of Colorado,” said Myers. “The first whiskey came off our still on 9/11 of 2011, an anniversary date that will always hold so many memories and emotions.”

The Distillery, which Myers first built in a 300-square-foot space in downtown Colorado Springs, recently expanded into a 24,000-square-foot location. 291 has also increased its production capacity to over 2,000 gallons a month and grown its distribution footprint outside of its home state into national and international markets including Canada, Europe and the UK.

To celebrate the anniversary milestone, 291 will host a series of events open to the public and sell a limited anniversary 291 X Whiskey release. Pre-orders for the anniversary whiskey, a seven-year-old whiskey, presented at 148.7 proof, will be taken on the 291 website – “Tasting Room to-go”, and the whiskey will be available for pick-up at the tasting room.

Here are 10 facts in honor of 291’s 10th anniversary that you may not have known:

291 Colorado Whiskey is a uniquely American story – honoring the Western whiskey of a bygone era, 291 is the passion project of a former New York City fashion photographer and was first created in a small basement from a one-of-a-kind still constructed from old copper photographic plates. 291 is Hardmade the Colorado Way, grain to barrel to bottle, and the distillery’s whiskeys are finished with toasted staves of Colorado aspen trees. 291 has been earning awards and recognition since its first runs off the still in 2011. 291 was awarded the World’s Best Wheat Whiskey in 2021 and World’s Best Rye Whiskey in 2018, Best American Wheat in 2021and our white whiskeys awarded Best American New Make in 2021 and 2020 by the World Whiskies Awards.  The distillery has also earned 9 Liquid Gold designations from Jim Murray’s Whisky Bible and similar high-altitude recognition from The San Francisco International Spirits Competition, The American Whiskey Masters, The SIP Awards, and numerous other competitions and publications.  To learn more about 291 Colorado Whiskey, visit Instagram, Facebook, LinkedIn, Twitter, and YouTube or visit: 291ColoradoWhiskey.com.  Rugged, Refined, Rebellious