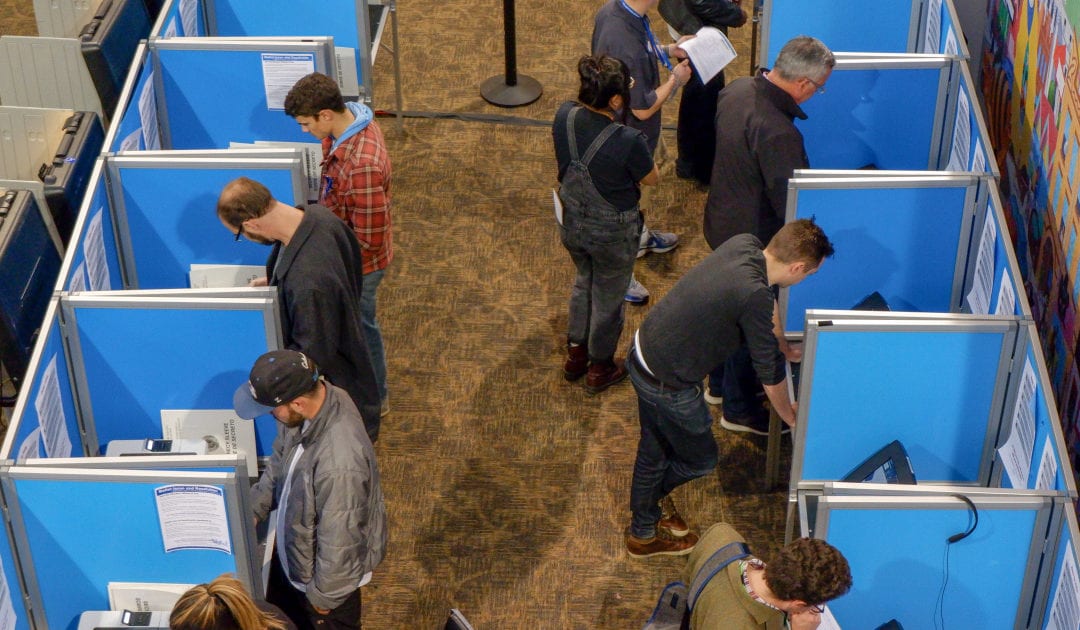 In 2019, the Colorado legislature granted 17-year-olds the ability to vote in primaries as long as they turn 18 before the general election.

But a question on the November ballot seeking to specify that only U.S. citizens can vote in Colorado elections would take that ability — touted by Colorado Democrats as a way to get young people involved in politics — away.

That’s because Amendment 76 would also limit voting in the state to those 18 and above.  Statehouse Republicans say the initiative is a way to protect against voter fraud and prevent municipalities and counties from allowing people living in the U.S. illegally from casting a ballot, though there are questions about whether the amendment would actually do that.

“The way we view it is (that) it is enforcing the original intent of the Colorado constitution,” said Scott Gessler, a Republican attorney representing the proponents of Amendment 76 and Colorado’s former secretary of state. “We’re just saying that the cut off should be age 18.”

The ballot question’s effect on teen voting is a fairly new revelation. The initiative has mostly been written off by opponents as duplicative — Colorado law already prohibits people living in the U.S. illegally from voting — and unlikely to change much when it comes to state elections.

But the prospect that it could undo their work concerns the people who fought to grant primary voting privileges to 17-year-olds.

“It actually does have impact,” said Senate Majority Leader Steve Fenberg, a Boulder Democrat who was behind the 2019 legislation.

The measure, House Bill 1278, passed without Republican support. It also made a number of other modifications to the state’s election system, including requiring counties to place polling centers and ballot drop boxes on college campuses and making changes to the regulation and enforcement of candidate nominating petitions.

“I think it’s a bad thing when we pass laws that disenfranchise people,” Fenberg said of Amendment 76. “I think, in the end, that’s what this does. I think it’s kind of mean-spirited. These are people we are trying to bring into the democratic process.”

About 24,000 17-year-olds were eligible to vote in Colorado’s March 3 presidential primary.

“Seventeen year olds deserve the right to choose their preferred primary candidate for the general election,” said Nicole Hensel, executive director of the voting-access group New Era Colorado, which advocated for the 2019 statehouse bill. “And turns out, 17-year-olds agree: In the 2020 presidential primary, (eligible) 17-year-olds in Colorado broke history by turning out at record levels. And they are just getting started.”

Hensel says New Era will be working to educate voters about the effects of the ballot question ahead of the November election.

Another potential effect of the initiative: It could eliminate the possibility that 16-year-olds would be allowed to vote in Colorado school board elections, a move some have pursued..

Republican state lawmakers on Thursday rejected an attempt by Democratic Sen. Dominick Moreno, D-Commerce City, to ensure voters know that Amendment 76 will cut 17-year-olds out of voting in primaries.

Moreno sought to add language to the state-issued voter guide, known as the “blue book,” explicitly saying the initiative would disenfranchise the voting rights of 17-year-olds. Republicans on the legislature’s Joint Legislative Council Committee turned him down.

Opponents of Amendment 76 worry the initiative will create voter confusion and possibly suppress turnout in future elections. They also say it’s unclear — if not unlikely — that the law would actually serve to prevent noncitizens from voting in county and municipal elections.

But Gessler said the initiative is crystal clear that it would bar people living in the U.S. illegally or those without citizenship status from voting in local elections.

Amendment 76 is one of 11 statewide ballot initiatives that Colorado voters will decide on in November. They include questions about limiting abortion access, changing the way the U.S. elects presidents and whether gray wolves should be introduced on the Western Slope.